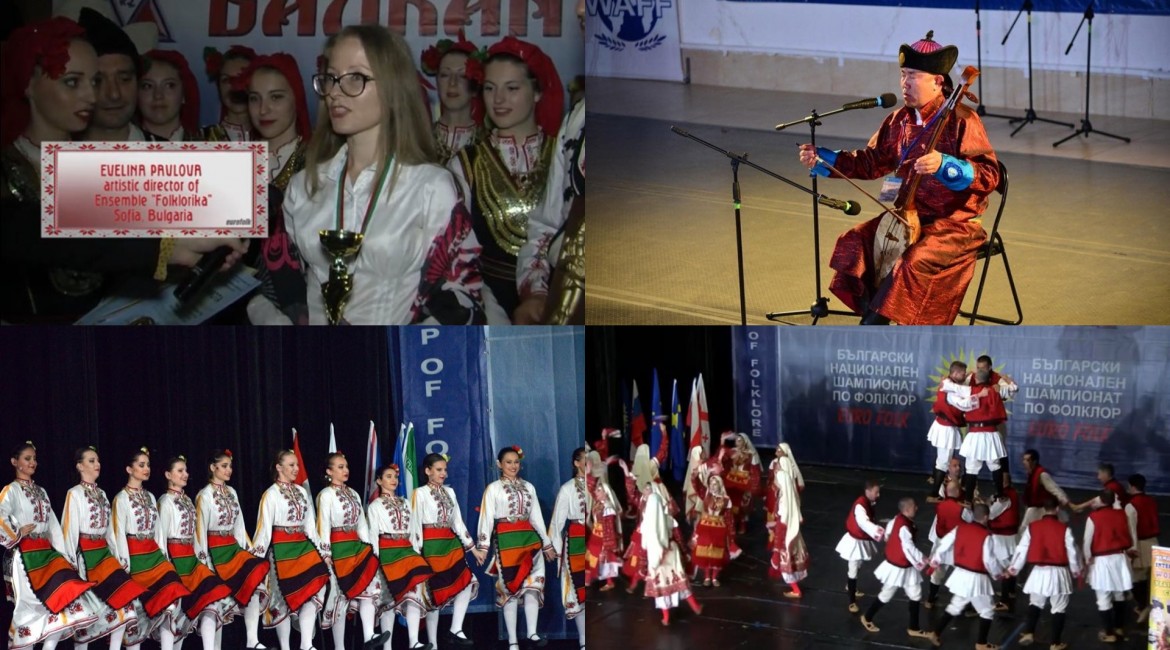 Winner of the TV Championship's rankings is Ensemble "Folklorika" from Sofia, Bulgaria. A choreography named "Shopska suita" by Dimitar Dimitrov brought them the award.

TV Championship is a competition of all the winners in the past 12 months of 2019 in the categories "Folklore songs", "Folklore dances" and "Individual performers". Winners are defined by the number of votes, sent by viewers to the email address: eaff@eaff.eu.

This year's winners of the prestigious award are winners in the IX Balkan National Championship of Folklore "Euro folk 2018" where they won the Grand Prix Golden "Orpheus", the money prize of 1000 Euro, Golden medal and the title "Absolute Balkan Champion of Folklore in 2018". The "Folklorika" educational center was founded in March 2006 by Evelina Pavlova and her main aim is preservation and promotion of folklore art and education of performers in different ages. In 2008, the school had the opportunity to provide classes for singers with the teacher is Daniela Stoichkova. Artistic directors of the representative ensemble are - Evelina Pavlova, Georgi Pavlov and Mariana Zafirova.

Winner of the annual award "Folklore song of 2019" is Ensemble for folklore music "Jovarelis" at the High School of Arts "Šiaulių Sauliaus Sondeckio" from Lithuania. The song "Saturday evening" has impressed the spectators in 2019 and brought them the prize. Ensemble took part in the XXII Stara Planina Festival "Balkan Folk" in 2018 when it was nominated for the Grand Prix of the event.

In the "Folklore dance of 2019" category the winner is Dance group "Ludi mladi" at "Sava Dobroplodni" Secondary school from Shumen, Bulgaria. Their performance that impressed the viewers was "Dunavski tants". The dance ensemble won the World Cup of Folklore in Veliko Tarnovo in 2019.

Peformance of Mr. Ateha from Ulaan Khad, Inner Mongolia, China was successful in the individual performer rankings. He won the TV Championship's category "Individual performers" with the song "Song of the mountain eagle". He received the third prize during the World Championship of Folklore in 2019 and won the bronze medal as well as the Bronze Orpheus.