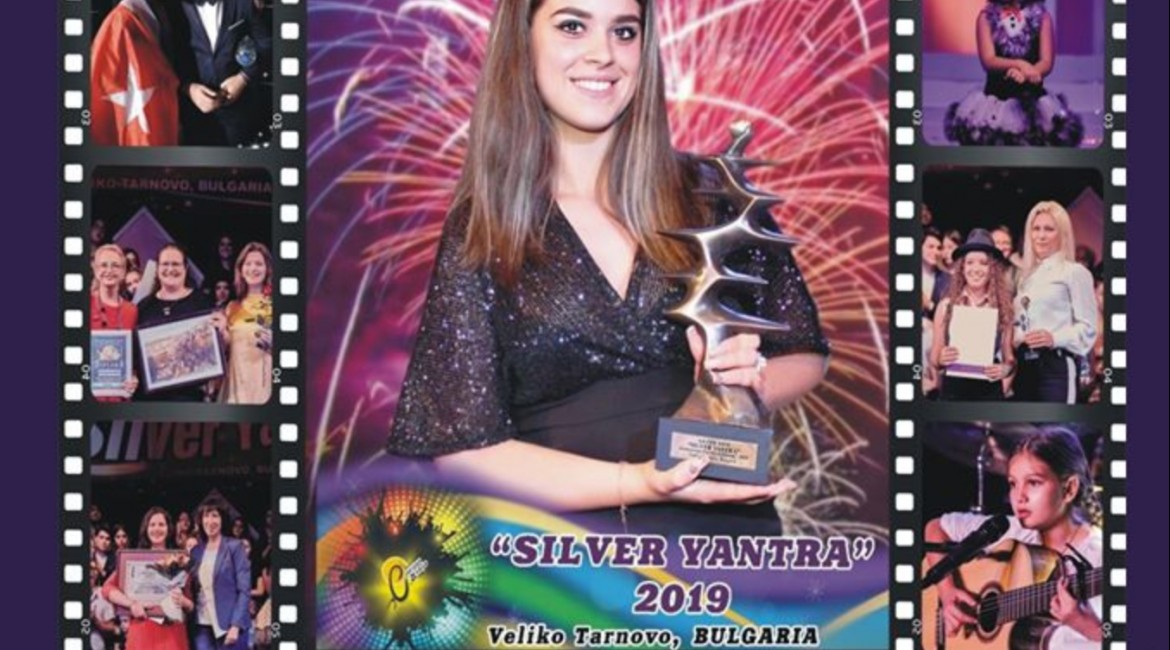 On 10.02.2020 in the reading room of Regional People's Library “P.R.Slaveykov” – Veliko Tarnovo (Bulgaria) will be broadcasted the night film, which overviews the International contest “Silver Yantra”. The film is production of Eurofolk TV team and reflects the period 26-29 September 2019, during which the 17th edition of the forum took place in the old town.

The cameras of Eurofolk TV captured the most interesting moments of the event in a 70-minute film, which will meet the viewers with with Martha Verequia, the Italian Grand Prix winner, international jury led by pop and jazz diva Kameliya Todorova, with participants from the new competitive category “FAMILY GROUP”, with foreign and Bulgarian producers and directors of international competitions and festivals, as well as with the winners of the competition.

The XVII-th edition of “Silver Yantra” gave a stage for performance of performers from 12 countries and 3 continents, divided into categories from 5 to 25 years of age.

The delightful presentation of the participants from Cuba, China, Lebanon, Italy, Cyprus, Moldova, Romania, Ukraine, Croatia, Slovenia, Serbia and Bulgaria created a unique atmosphere of the event, which can be felt through the screen.

Operators of Eurofolk TV caught delegation visit to the municipality of Veliko Tarnovo, an intriguing conversation with Kameliya Todorova, the master class “VOCAL FITNES - SING to LIVE, LIVE to SING” –  with vocal teacher Maestro Rocco Palazzo from Italy, as well as moments from a specially organized party, which welcomed all the performers. In the production you will also see footage from the official opening of the event, which included the internet sensation “JUNIOR BEND” and a gala concert with the special guest – Maria Moskofyan (Cyprus) – finalist in “THE VOICE OF GREECE“. Viewers will also be able to touch to some scenes from the Evening of Friendship “VIVA LA MUSICA”.

The film presents footage, which is taken not with one, but with two drones - from the event's official opening ceremony and sealed beautiful pictures of the host town - with its historical landmarks.

The forum is organized by the Association “Silver Yantra-2003”, in partnership with Eurofolk TV and Veliko Turnovo Municipality, and, for the 9th time, as a token of respect for the long-standing partnership and support, the first film copy will be handed to the Municipality.