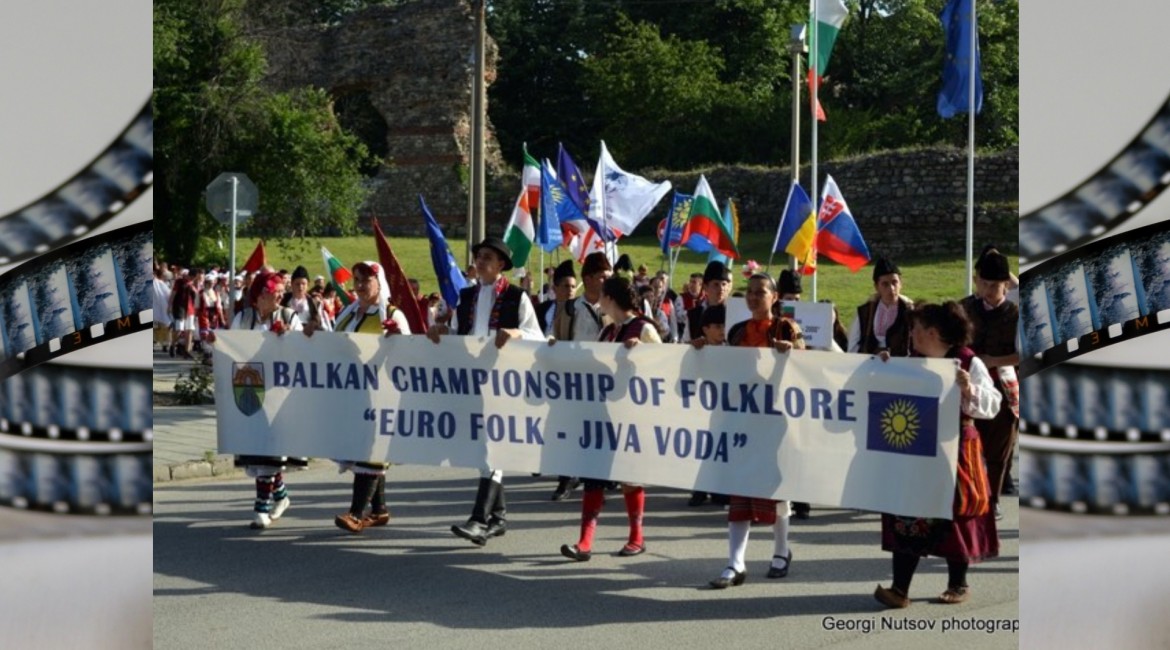 The newest production of EuroFolk TV Studio is a fact - the overview movie about the VIII Balkan Championship of Folklore "Euro Folk - Jiva Voda 2019". The town of Hisarya became a center of folklore art in the period June 6-10, 2019.

The shooting team of the event filmed the performances of dances, songs and customs as well as interviews with participants taken immediately after their stage appearances. Watching the movie about the VIII Balkan Championship of Folklore "Euro Folk - Jiva Voda 2019", you are going to witness the rich program, accompanying one of the largest folklore forums in Bulgaria: an ethnographic exhibition of ancient costumes, mummers masks, household items and ritual props from different villages of the municipality of Hisarya; a corner for demonstrations and trainings of women's domestic activities; an exhibition of women's belts and jewelry made with  glass beads more than 250 years ago; a corner for the kids "Draw and learn" for drawing traditional embroideries and national costumes; a renewed edition of the "Folklore - Shared Knowledge. Past. Present. Future" photo exhibition; a contest for traditional breads; a visit of participants in the Archaeological Museum in Hisarya; a parade of participants.

Some of the most unforgettable moments of the three full-day concert programs, which included nearly 200 folklore groups and individual performers, are documented on a one-hour film strip that you can watch here.