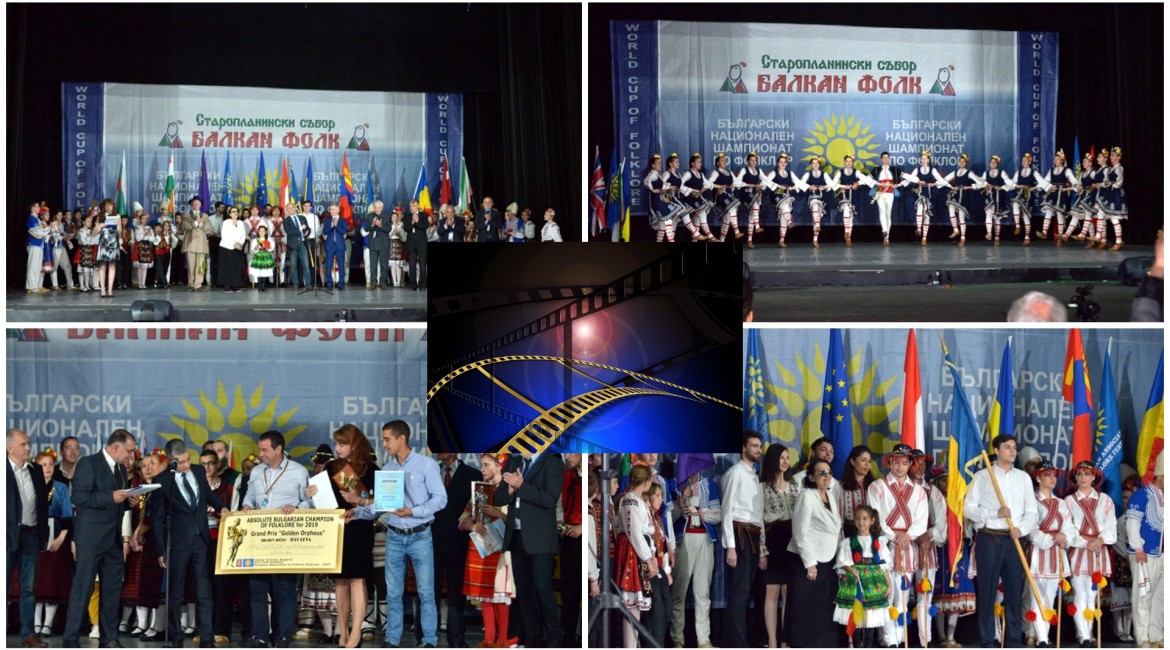 The overview movie about the XXIII Stara Planina Fest "Balkan Folk 2019", X Bulgarian National Championship of Folklore "Euro Folk" and the IV World Cup of Folklore "Veliko Tarnovo" held in the period May 10-18, 2019 was released.

Within an astronomical hour, the most colorful and fascinating folklore performances have been presented, which have left the audience breathless at the three festivals that have turned the historical and spiritual capital of Bulgaria into a center of folklore art.

The events that are held under the auspices of the European Association of Folklore Festivals - EAFF and with the support of the Municipality of Veliko Tarnovo were attended by more than 200 Bulgarian and foreign groups and individual performers with more than 3,500 singers, dancers and musicians of all ages.

The musical forums brought together three accompanying events - a parade with about 400 participants, presentation of flowers to the monument of Iliyan Nikolov - the founder of Musical Feasts "Euro Folk" and EAFF, photo exhibition entitled "Folklore - Shared Knowledge. Past, Present, Future" placed in the lobby of Konstantin Kisimov Music and Drama Theater (Veliko Tarnovo).

Immerse yourself in the magic of traditional folklore arts, watching the film on the Euro Folk Internet TV website and on the TVEurofolk YouTube channel.