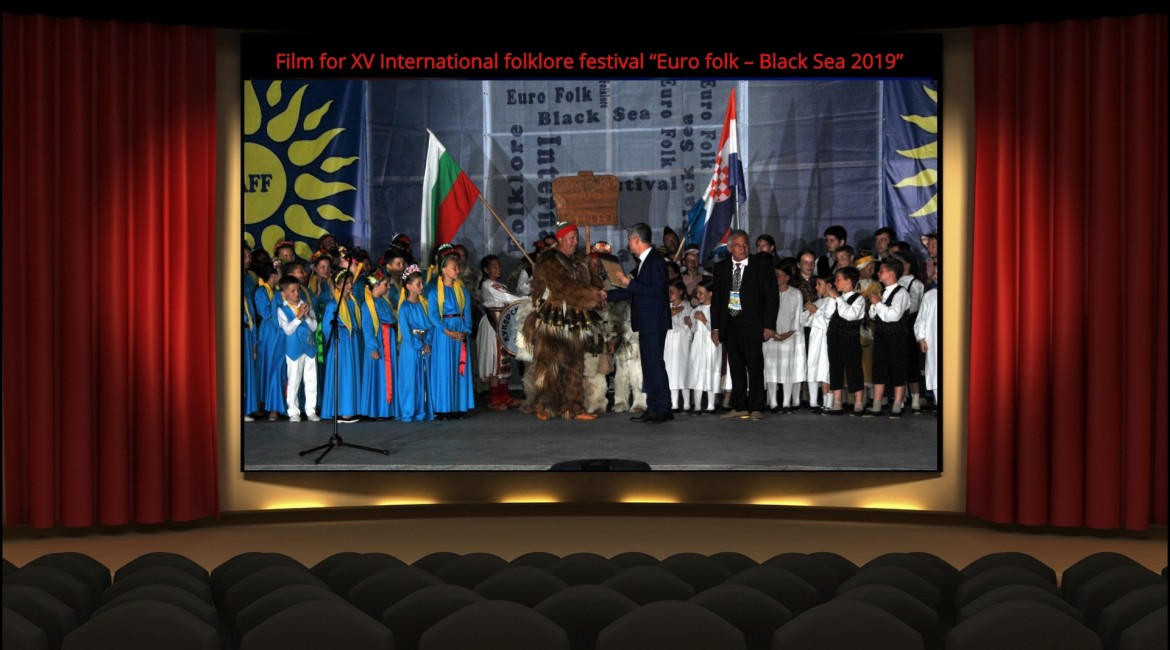 The overview musical documentary about the15th edition of “Euro folk – Black Sea” 2019, which took place on the stage of Kremikovtsi - Kiten, reports and shows the performances of more than 50 formations (dance groups, ensembles and individual performers) with over 500 participants from Bulgaria, Croatia and Ukraine.

The cameras of Eurofolk TV Internet Television, which was the main media partner of the event and broadcasted all concerts held as part of a music festival from 19 to 24 June in real time, recorded the folklore mood and decent performance of the participants.

In addition to interviews, reflecting impressions, moods and performances, scenes from the beautiful nature of the Southern Bulgarian Black Sea coast will also be aired.

Within an hour you will witness some of the most interesting moments of the concert programs.

You can see the latest production of EuroFolk TV Studio here.