Songs, Dances and Traditions this weekend on Eurofolk TV 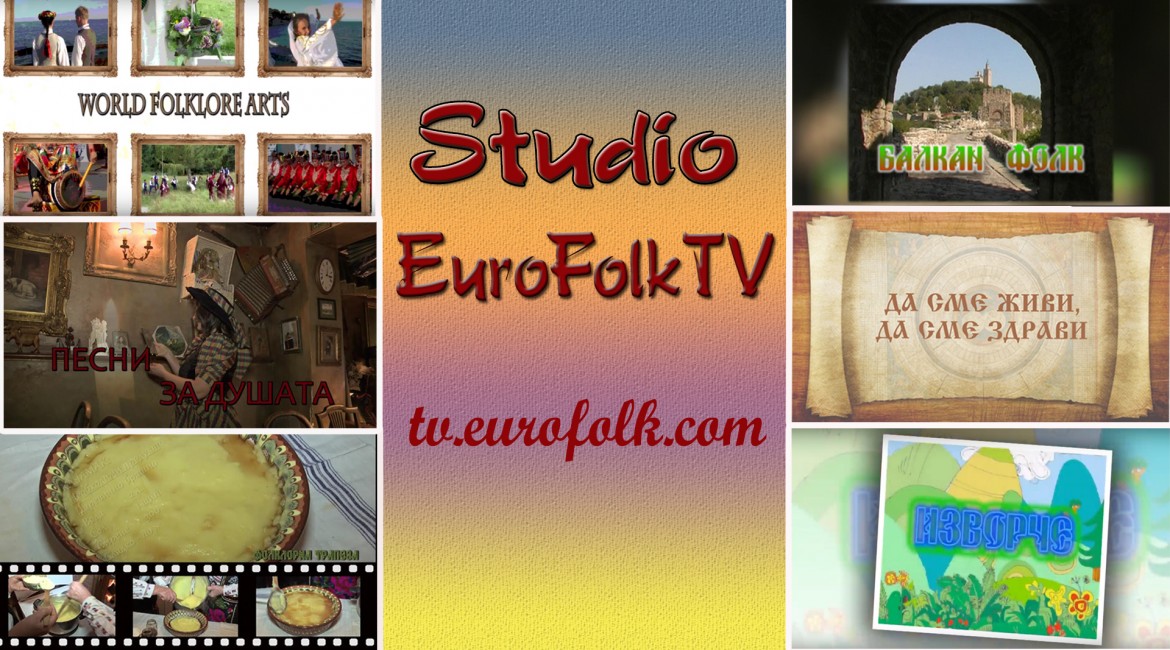 Men's folklore group from the village of Klyuch, municipality of Petrich; Female vocal group "Sitovskite snahi" and dance group "Sitovtsi" from Sitovo, Folklore formation "Karlak"- Asenovgrad and Club "Yambolsko nastroenie" - Yambol are the formations, whose performances you can enjoy in the last for January broadcast of "Balkan Folk". At the end we will remind you the 4 songs from the January 2018 chart. Watch "Balkan folk" on Friday at 11.00, 19.00, 03.00 and on Sunday at 14.00, 22.00, 06.00.

In the fourth edition of the children's folklore program "Izvorche" / "Spring" for January you will be able to see tallents from different villages and towns in Bulgaria. The participants are: Tsveta Strahilova from Pernik; Children's folk groups "Aprilski zvancheta" and "Balkanski buket" from Apriltsi; Children's dance group "Yana" from the village of Boshulya, municipality of September; Plamena Koseva from the village of Kalimantsi, Suvorovo and Children's dance group "Iskra" from the town of Hissarya. Watch "Spring" on Friday at 08.00, 16.00, 00.00 and on Sunday at 13.00, 21.00, 05.00.

The fourth January edition of "Folklore Table" is dedicated to the activity of Folk Ensemble "Izvorche" at "Hristo Botev 1914" Community Center, whose artistic director is Rositsa Dibekova. Accompaniment of bagpipe - Mitko Karamfilov. In the upcoming film you will see both the ensemble's and individual performers' videos, as well as the local rituals, recipes, traditions and clothing typical of Krumovgrad and the region.  You can watch the show on Eurofolk TV on Saturday and Sunday at: 12.00, 20.00, 04.00.

You can learn more for the other peoples from the television show "World folklore art" on Saturday at 00:00, 08:00, 16:00. In the last January editions are included performances of the "Kolintang Kawanua Jakarta" Group from Jakarta (Indonesia) and "Al Sarris Dabkeh" Dance Group from Haifa (Israel). Of course, you will also enjoy the wonderful Bulgarian songs and dances performed by the Male Folk Group "Zmeychani" from the village of Zmeitza, municipality of Dospat and Folklore Dance Ensemble "Zagorovche" at "Zagorovche - Septemvri" Association - Septemvri.

In the weekend, the progam of Eurofolk TV – tv.eurofolk.com includes performances of various folklore groups, documentaries and films from the "Musical Feasts" festivals in 2014 and 2018.