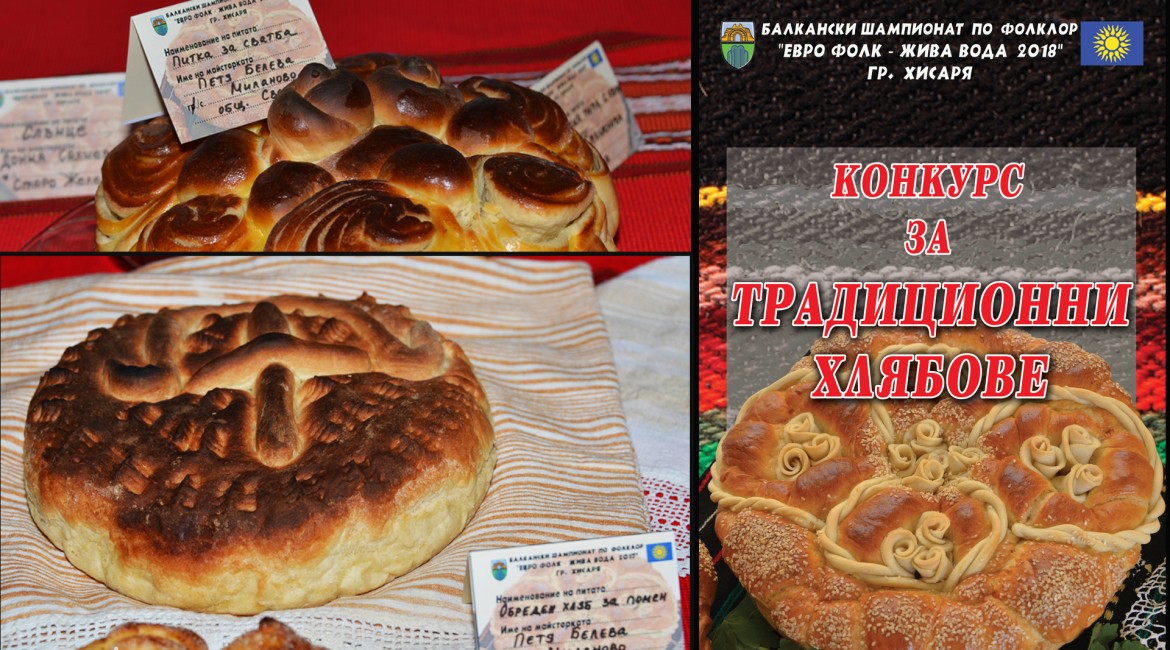 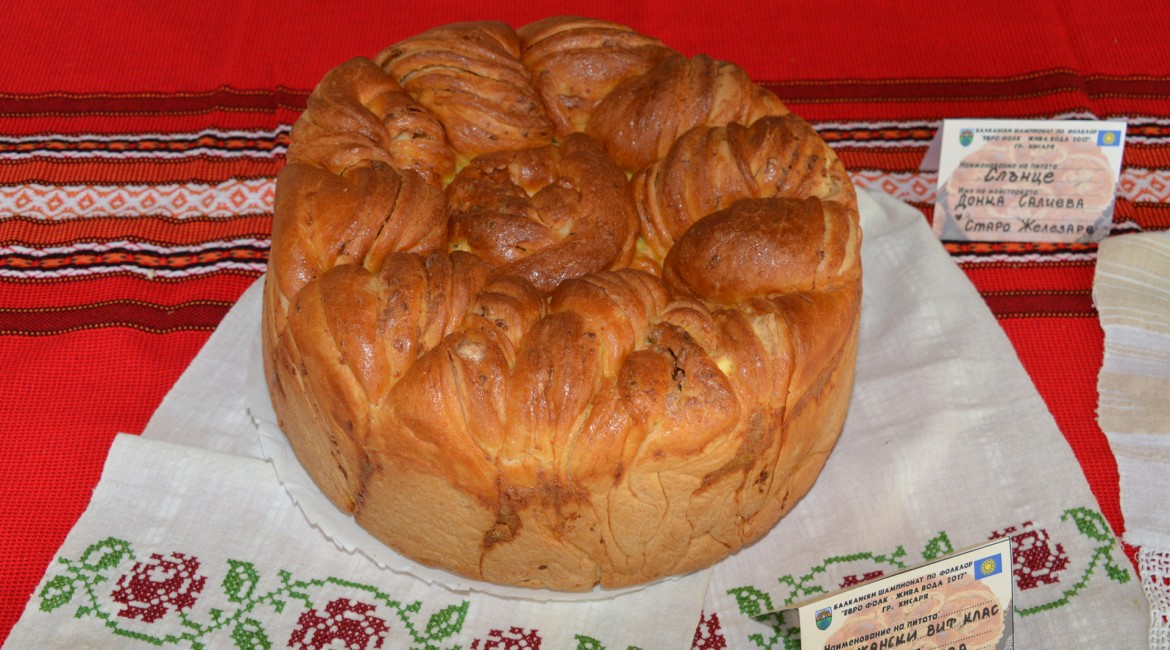 In the frames of the Balkan Championship of Folklore "Euro Folk - Jiva voda", an exhibition of traditional breads will be held. Participating groups and all those who want to join in the accompanying event must bring the bread on the registration desk in the Tourist Information Center - Hisarya.

Breads will be assessed in the end of the Championship by specially formed commission. Prizes in few categories are provided. Participants in the bread contest will be included in the overview movie about the championship as well as in the TV show "Folklore table".