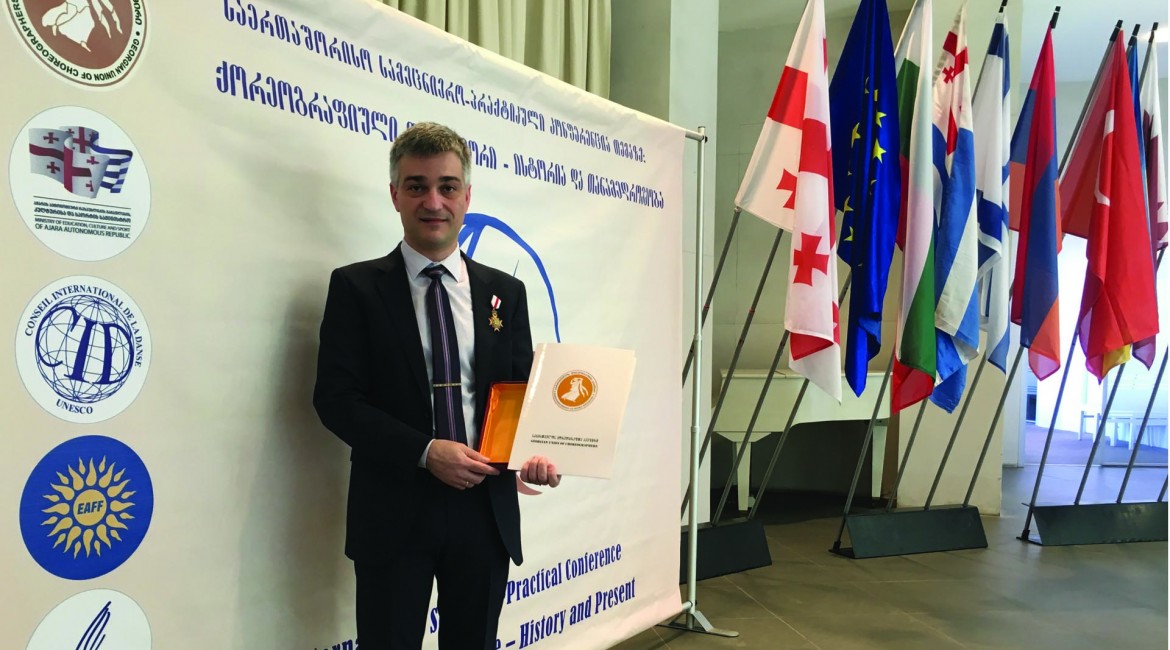 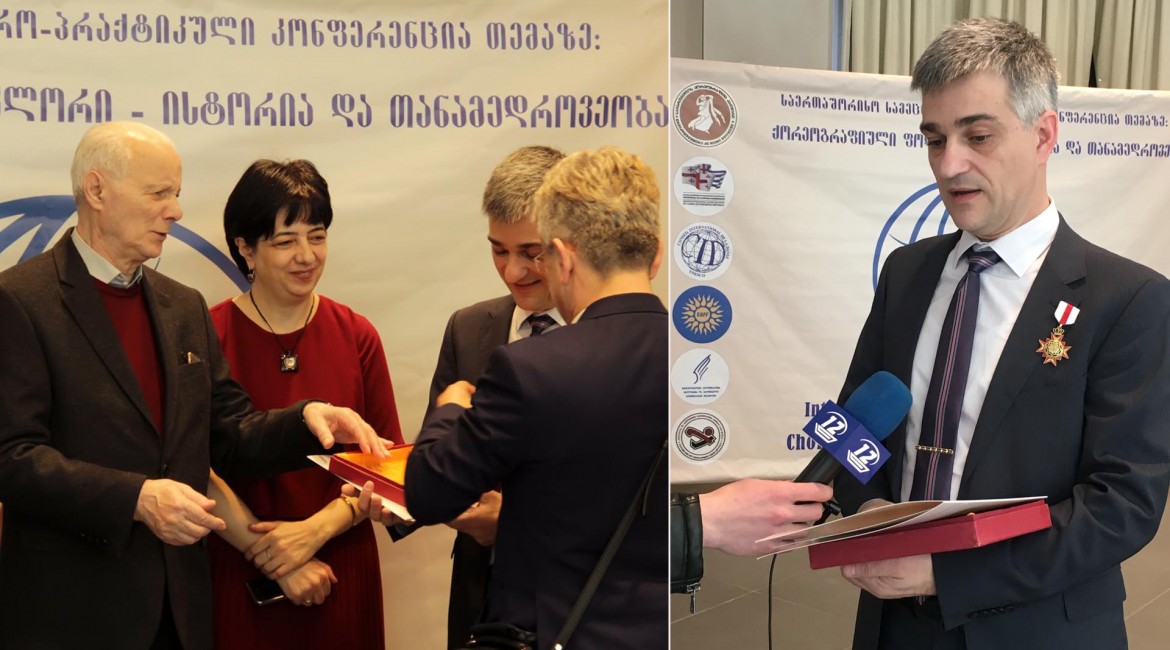 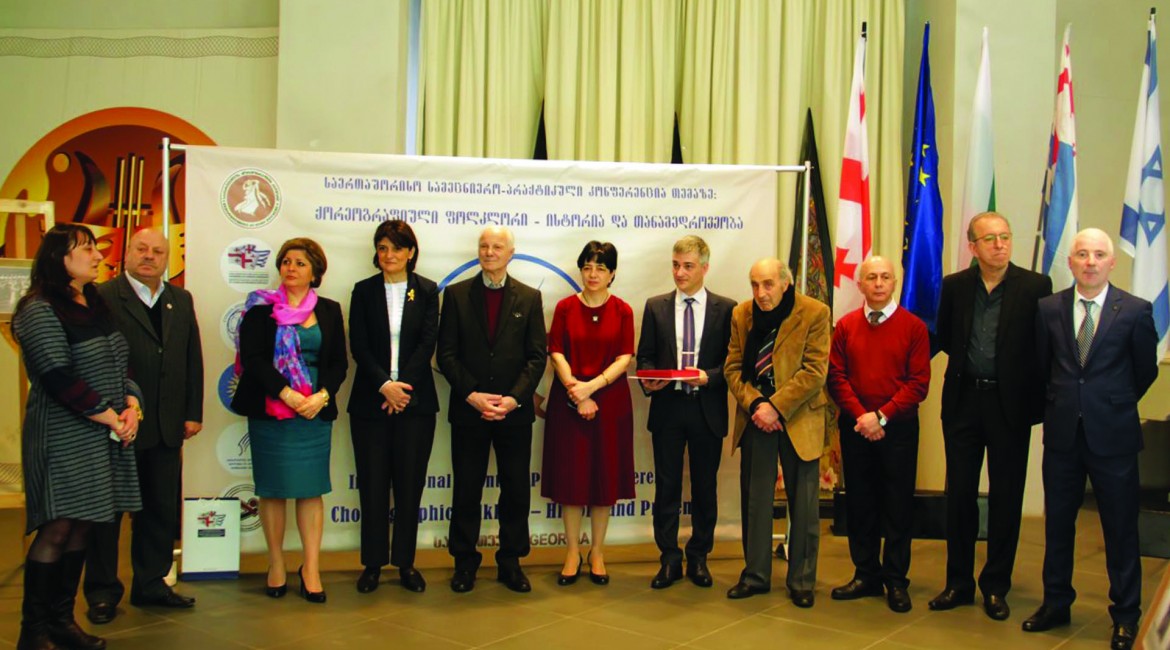 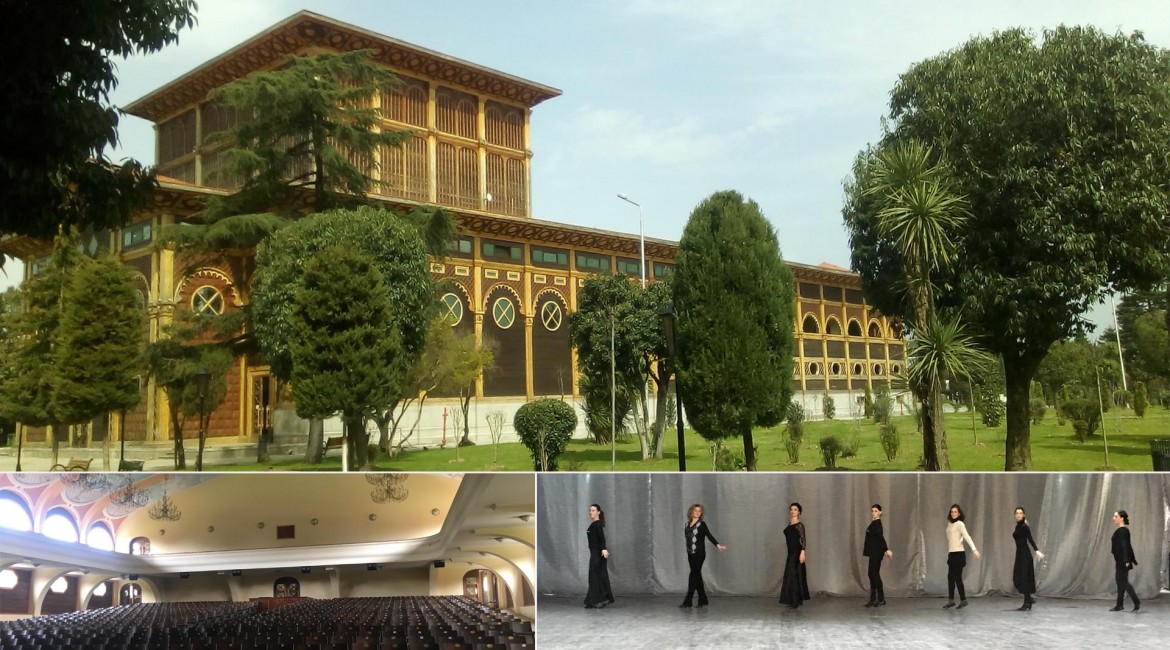 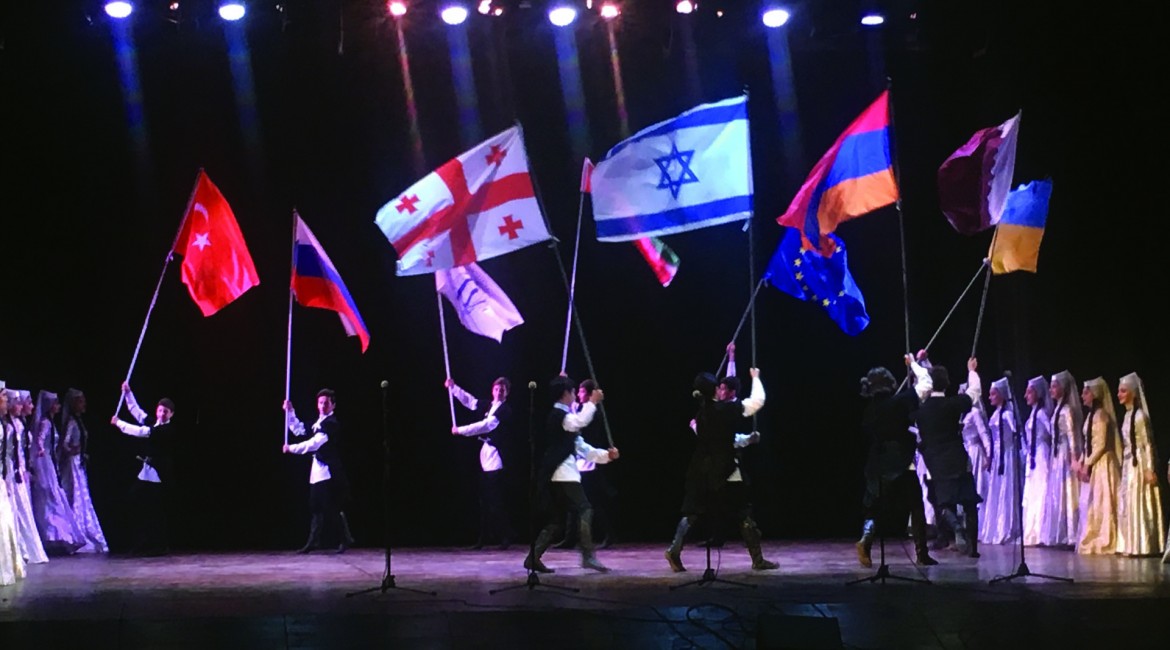 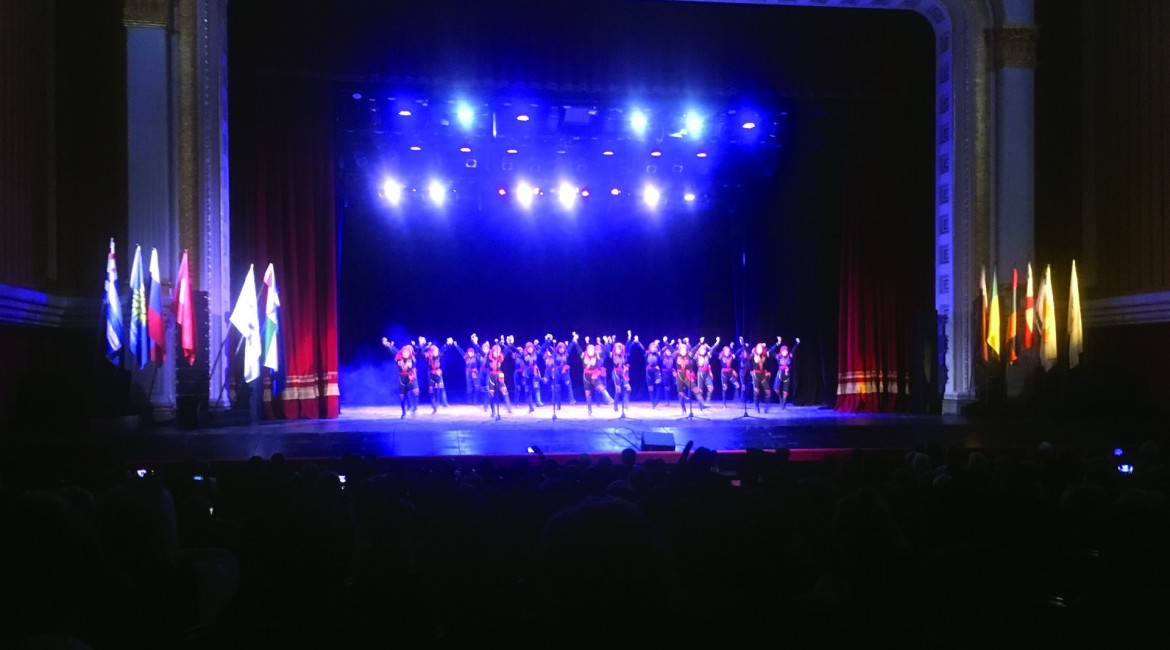 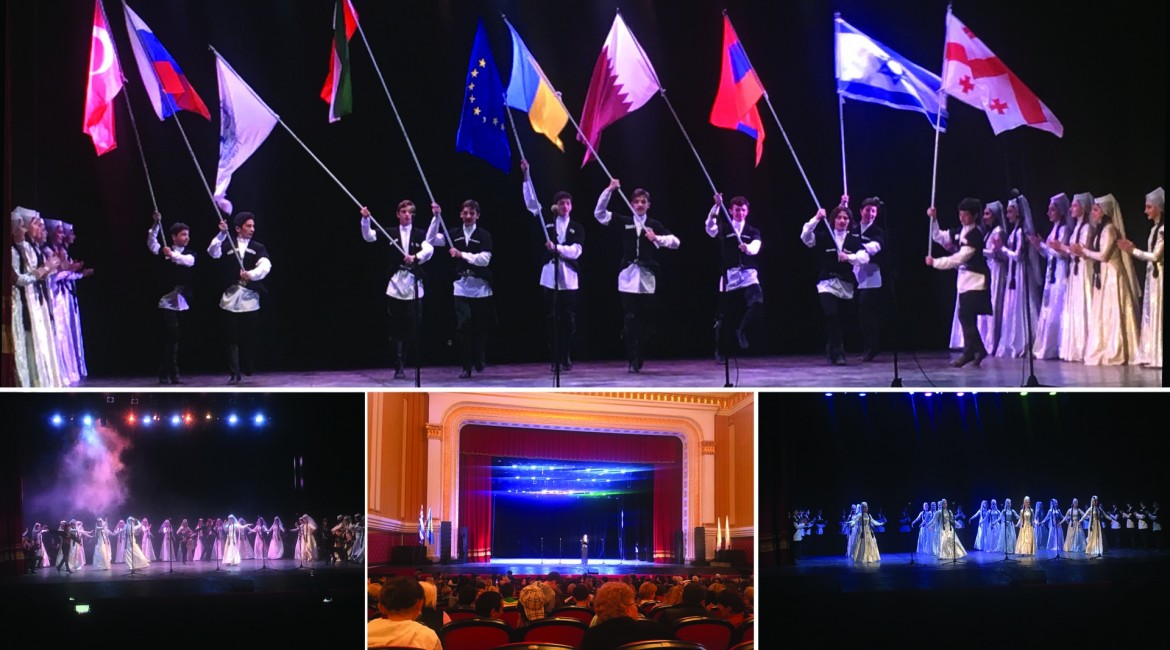 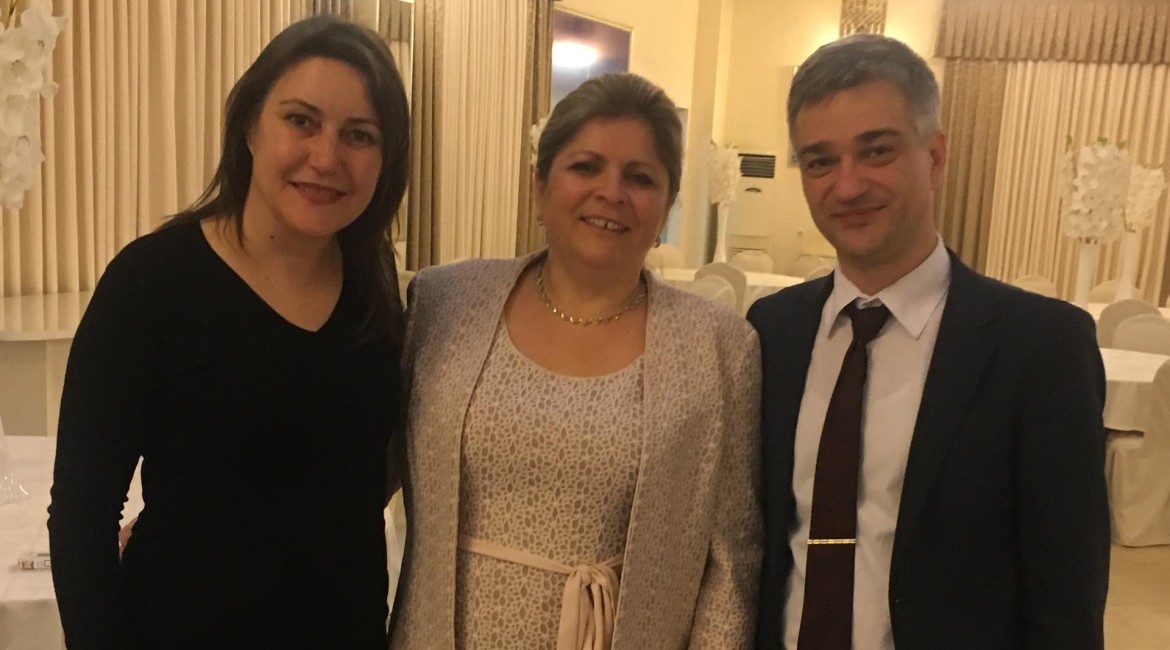 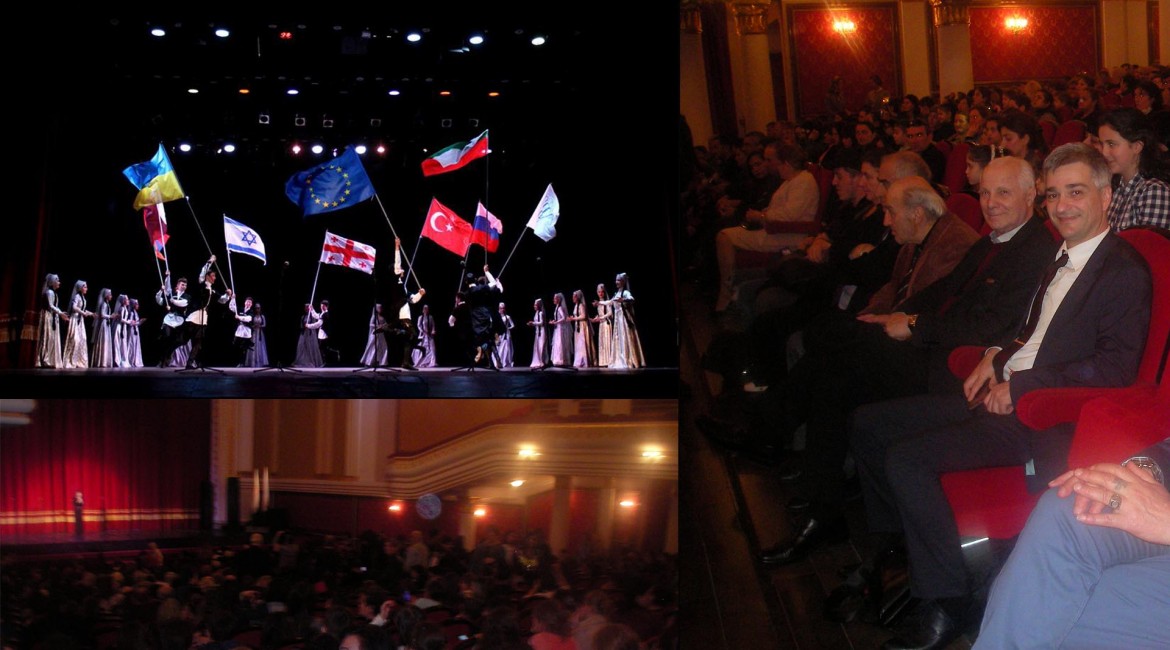 Mr. Kaloyan Nikolov - president of the European Association of Folklore Festivals - EAFF was awarded with an Order for significant contribution. He took part in the International Scientific Conference in Batumi at the special invitation by the Union of Choreographers in Georgia.

"The high award is bestowed for the first time to a deserving person in the field of folklore outside Georgia, which makes the recognition even more valuable and meaningful!" said Kaloyan Nikolov. The Order was handed personally by Prof. Lausi Chanishvili - chairman of the Union of Choreographers in Georgia, during an exhibition of Georgian choreographic art, part of the program of the scientific symposium.

The program of the conference delegates included a visit to the ancient Roman fortress near Batumi from the I century – GONIO-APSARUS and a visit to the Ajarian Folk Art school within the Autonomous Republic of Adjara in Georgia, with director Guram Khozrevanidze.

On the last day of their stay in Georgia, the President of EAFF Kaloyan Nikolov and the Director of EuroFolkTV - Mariana Nutsova, together with the General Secretary of the Union of Choreographers in Georgia Murman Gamisonia attended the rehearsal of Professional Ensemble "Batumi" аt the Municipality of Batum, with main artistic director Teimuraz Bolkvadze.

There were many dances from local folklore in the concluding gala concert, dedicated to the guests participating in the conference. 40 ensembles from 5 cities in Georgia took part on the stage and more than 1300 people applauded their appearances as well as the the official representatives of Bulgaria at the conference – Ambassador Extraordinary and Plenipotentiary of the Republic of Bulgaria to Georgia Desislava Ivanova and the President of EAFF - Kaloyan Nikolov.