The premiere of the "Silver Yantra" 2017 movie was held successfully 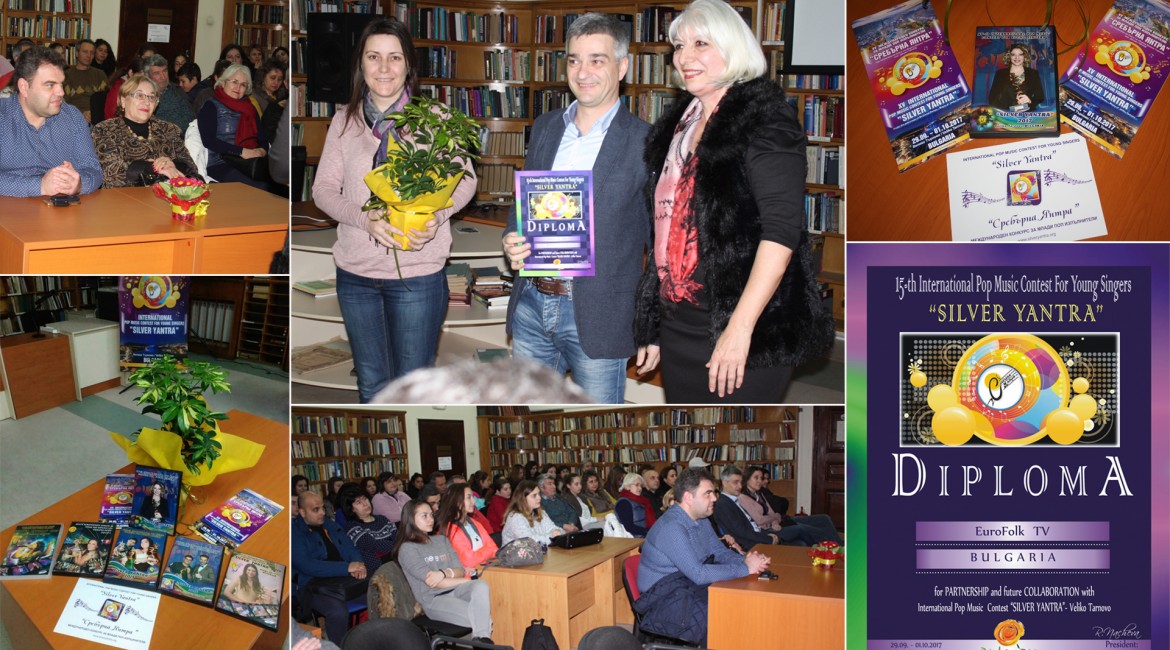 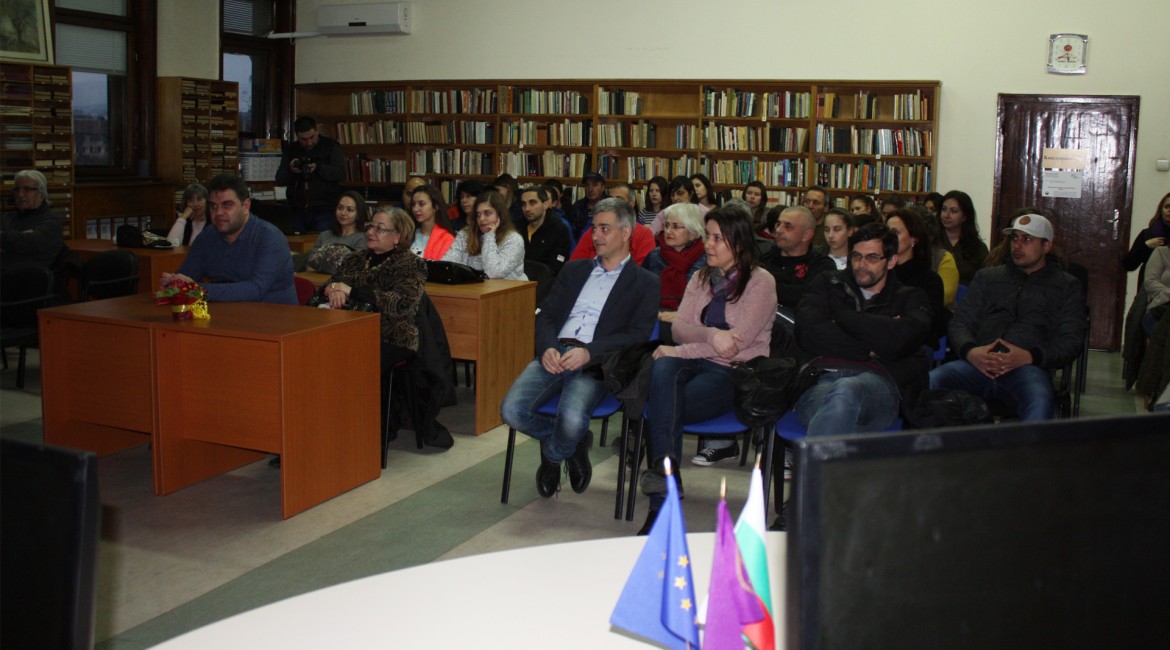 "For seventh year we made our video history - we captured everything in a movie. It is really important to save that moments with the camera, in order to eternize them." - said the producer of Euro Folk TV Kaloyan Nikolov in his address on the occasion of the premiere of the film for the 15th edition of the Music Competition "Silver Yantra". He congratulated Mrs. Rumyana Nacheva - the founder, producer and director of the musical event for her dedication in the implementation of the cause "Silver Yantra" and also for her contribution in cultural development of Veliko Tarnovo.

Mrs. Rumyana Nacheva expressed her gratitude to the Euro Folk TV team - main media partner of "Silver Yantra" for their professionalism and award Mr. Kaloyan Nikolov and Mrs. Mariana Nutsova a special Diploma. Mrs. Mariana Nutsova is the script writer and editor of the movie.

The premiere of the movie in P.R. Slaveikov Regional Library, Veliko Tarnovo was attended by participants in "Silver Yantra" contest, many friends, admirers and fans of the popular song and the music competition from Veliko Tarnovo and the country.

Among the special guests are the creative team of the Internet TV Euro Folk; some of the sponsors of the contest - the greatest artists from PANEVI Gallery - Academician Hristo Panev and his wife, Ivanichka Paneva; notary Deshka Rachevets - director of St. Theodosius Tarnovski Association; representatives of Veliko Tarnovo Municipality, which is also a partner of the event.