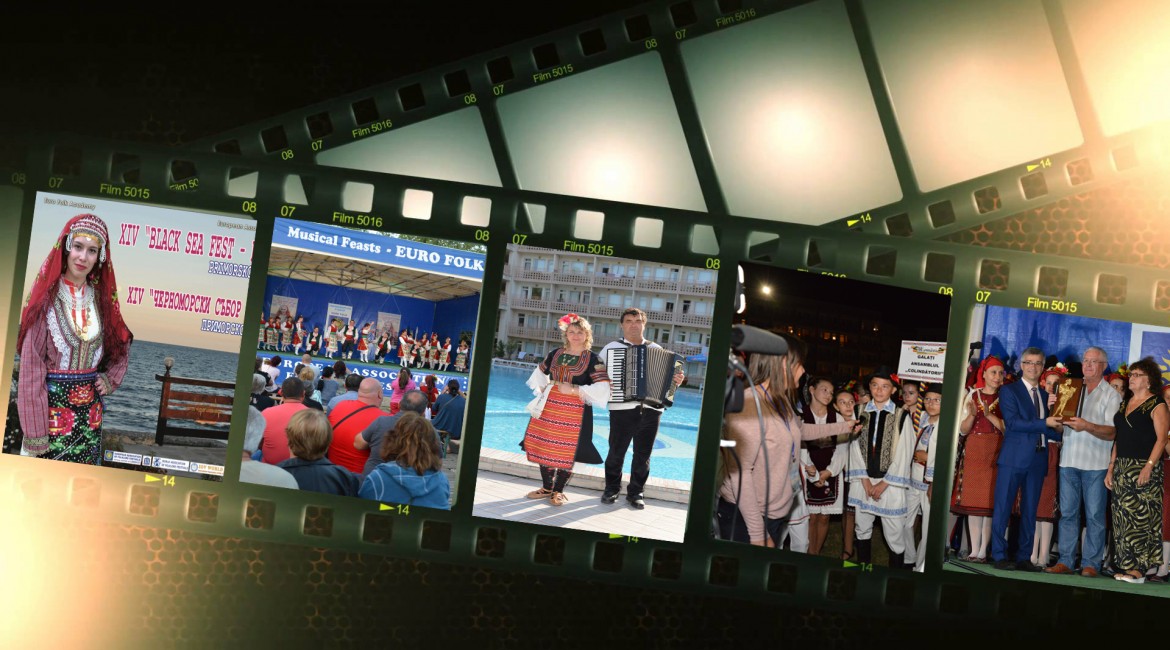 The review-documentary film for XIV Black Sea Fest "Euro folk" 2017 has gathered rich palette of creative and crafted folk art not only of the Bulgarian, but also of the foreign folklore.

Within 45 minutes the viewers will be able to drink in from the “spring” of the traditional national arts – musical performances, songs and dances. Except of  the awarded with or prize places participants, in the movie a special attention has been made for some already forgotten a customs, songs and people. Their performers tell the story of how this original spirituality is passed through the generations, in order to keep the fire alive of the of the native identity.

The XIV-th edition of Black Sea Fest "Euro folk" 2017 was organized and held from European Association of Folklore Festivals – EAFF from 30-th August until 04-th September. In it took part over 80 teams and individual performers from Bulgaria and abroad.

The movie will be premiere broadcasted via internet television “Eurofolk TV”, general media partner of the festival, on address tv.eurofolk.com on 19-th of October (Thursday) from 02:00, 10:00 and 18:00 o’clock.