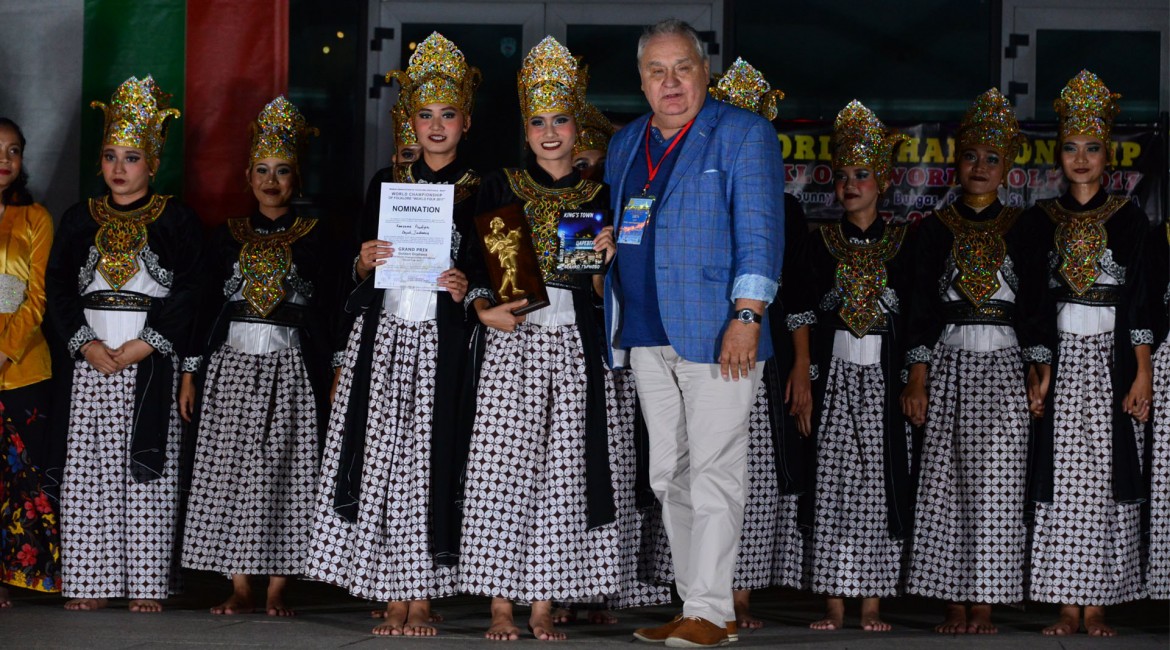 After the sixth competitive night at the 7th World championship of folklore “World folk” 2017 the nominees for the title Absolute world champion of folklore for 2017, Grand Prix Golden “Orpheus” and check worth 1000 Euro were 13 groups in total.

Until the present moment competitors for the prestigous award are the following formations from Bulgaria: Dance group “Yablanska ogarlitsa”, Ensemble for folk songs “Kitka sharena” and Dance group “Srednogorski polah”. Tonight it will become clear which of the nominated groups will claim the Big prize. The concert starts at 16:30 at stage “Theater arena” in Saint Vlas. Internet television “EUROFOLK” will be broadcasting live at address: tv.eurofolk.com