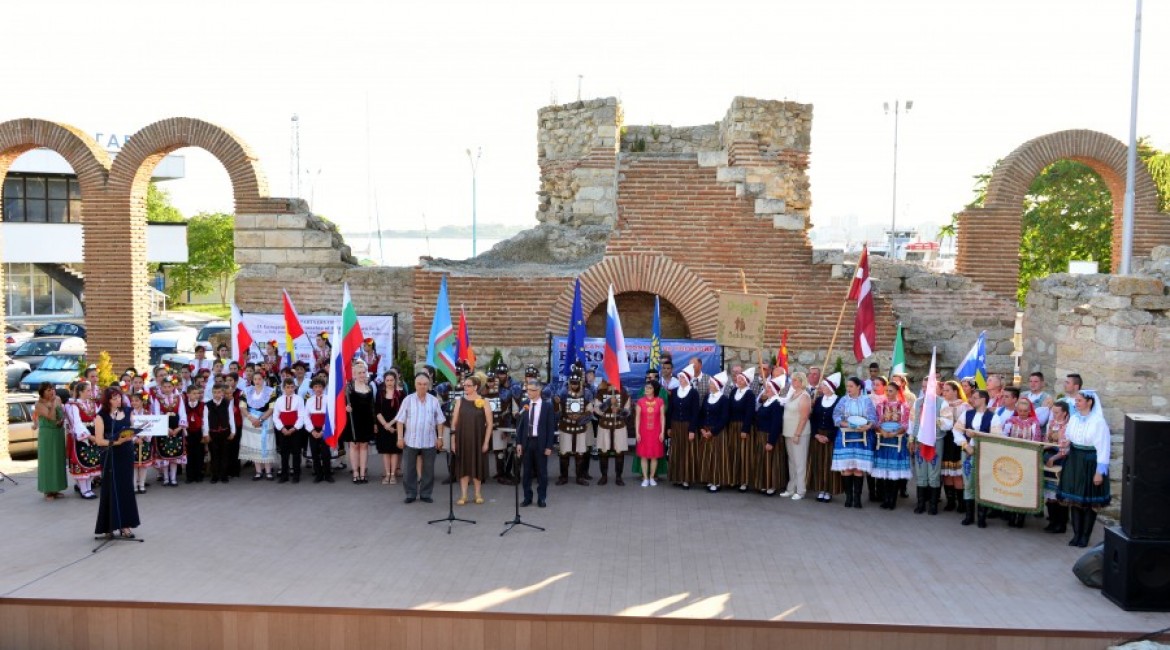 With many and various in genre songs and dance the IX European championship of folklore “Euro folk 2017” began. The official opening ceremony of the international musical event took place on stage Ancient Amphitheater in the old Bulgarian town – Nesebar.

Mrs. Stoyanova read a Greetings letter from the mayor of Municipality Nesebar – Nikolay Dimitrov, after which Kaloyan Nikolov declared the 9th edition of the European championship of folklore “Euro folklore 2017” for opened.

Until the 9th of July two more Black sea resorts will host the stages for more than 60 vocal groups, dance groups, ensembles and individual peformers with, all in all more than 1000 participants from a few European countries – Bulgaria, Russia, Republic of Saha  (Yakutiya), Slovakia, Latvia, Moldova and others.

More details about the program of the Championship can be found on EAFF’s official page.

20 international television programs, 3 newspapers and 5 websites will broadcast and write about the 9th edition of the European championship of folklore “Euro folk 2017”