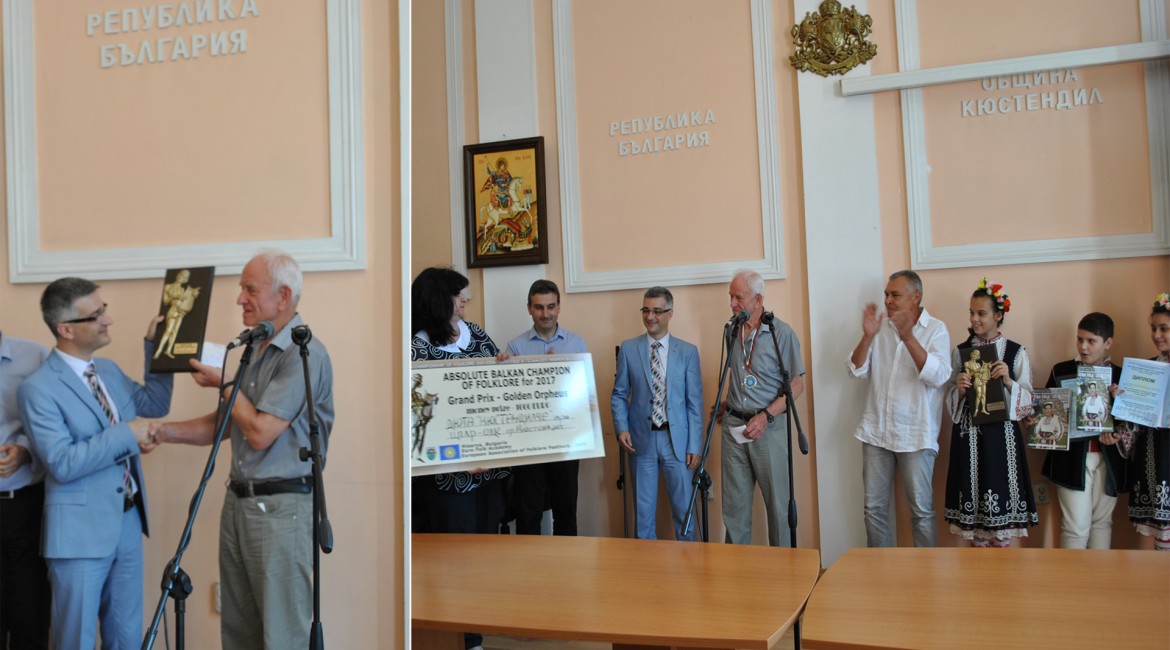 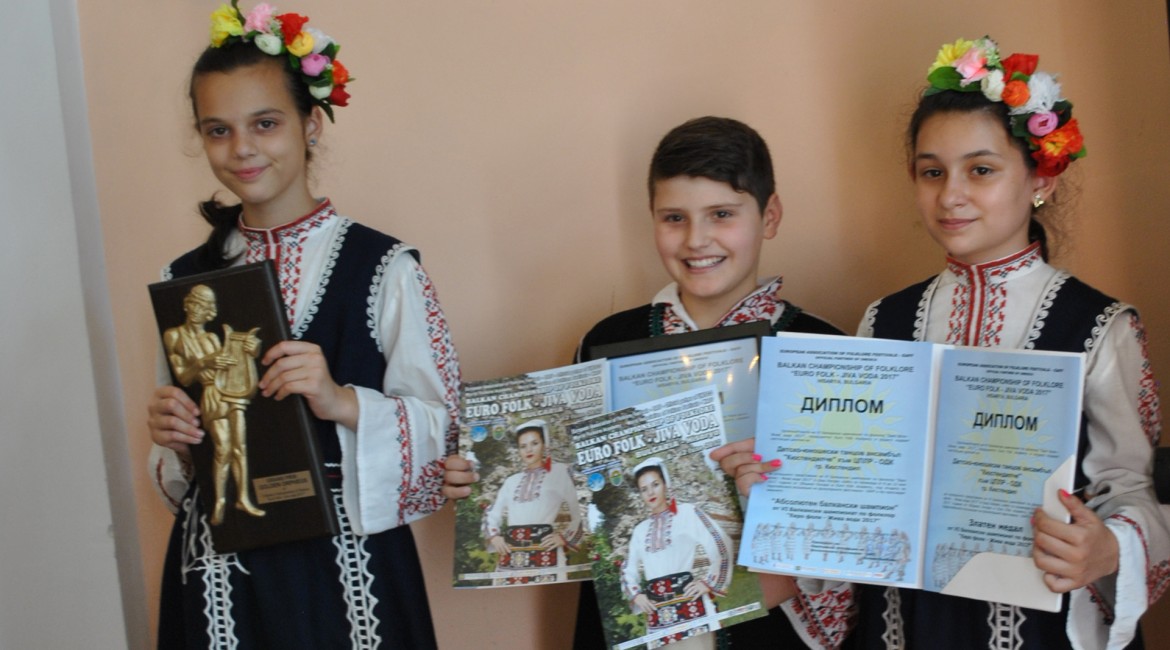 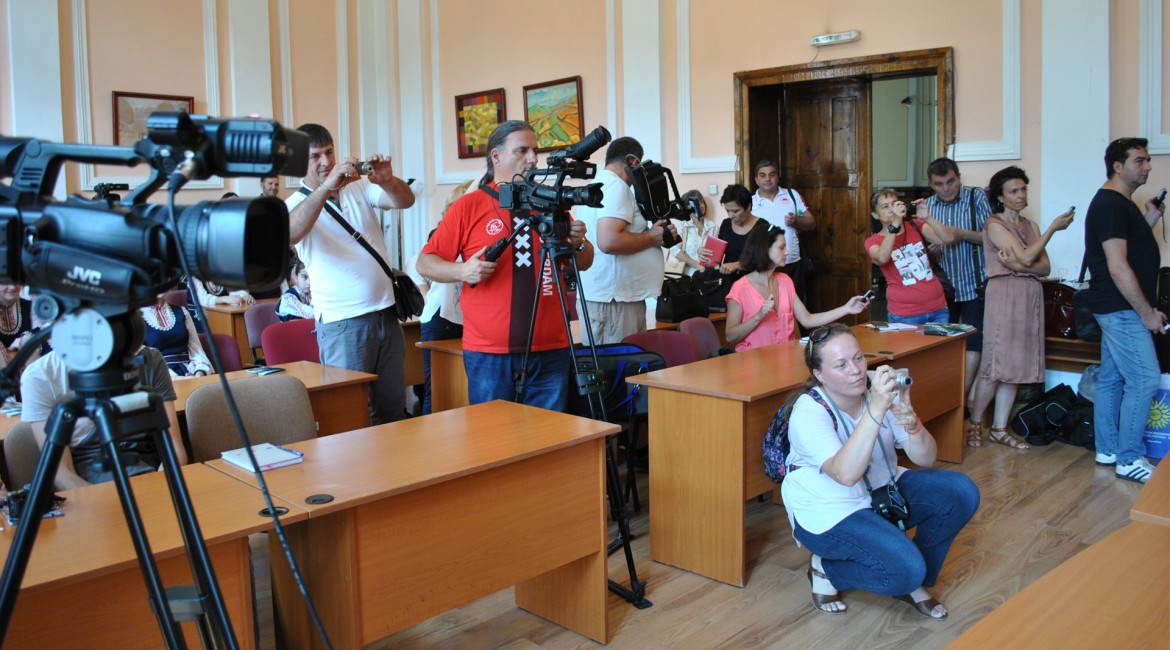 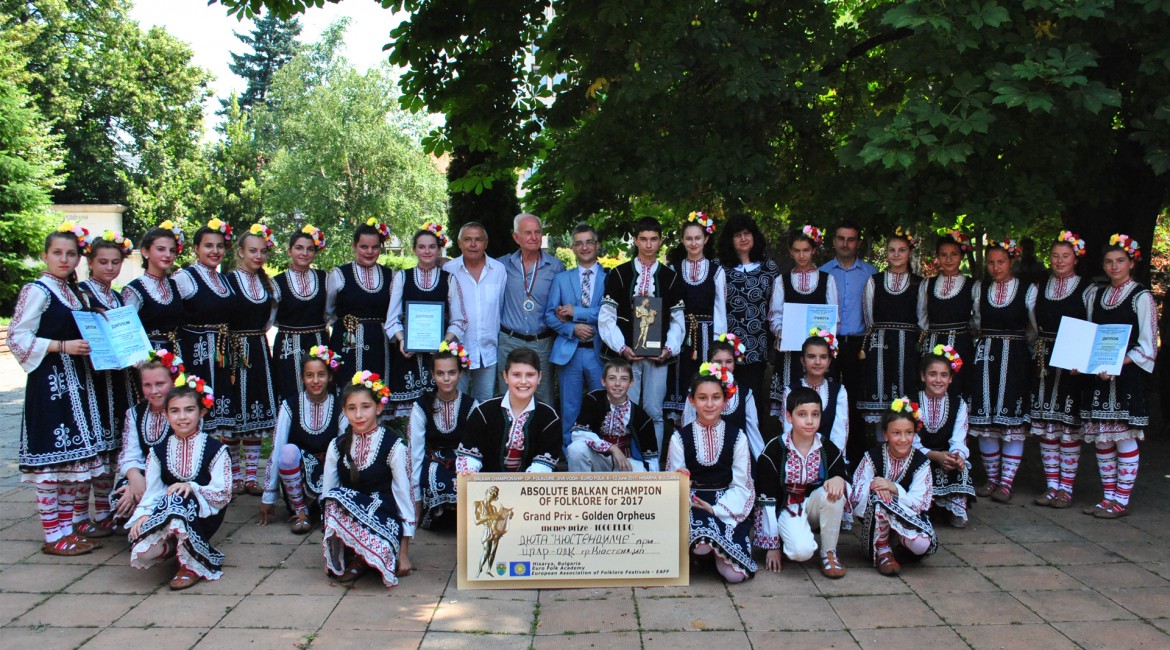 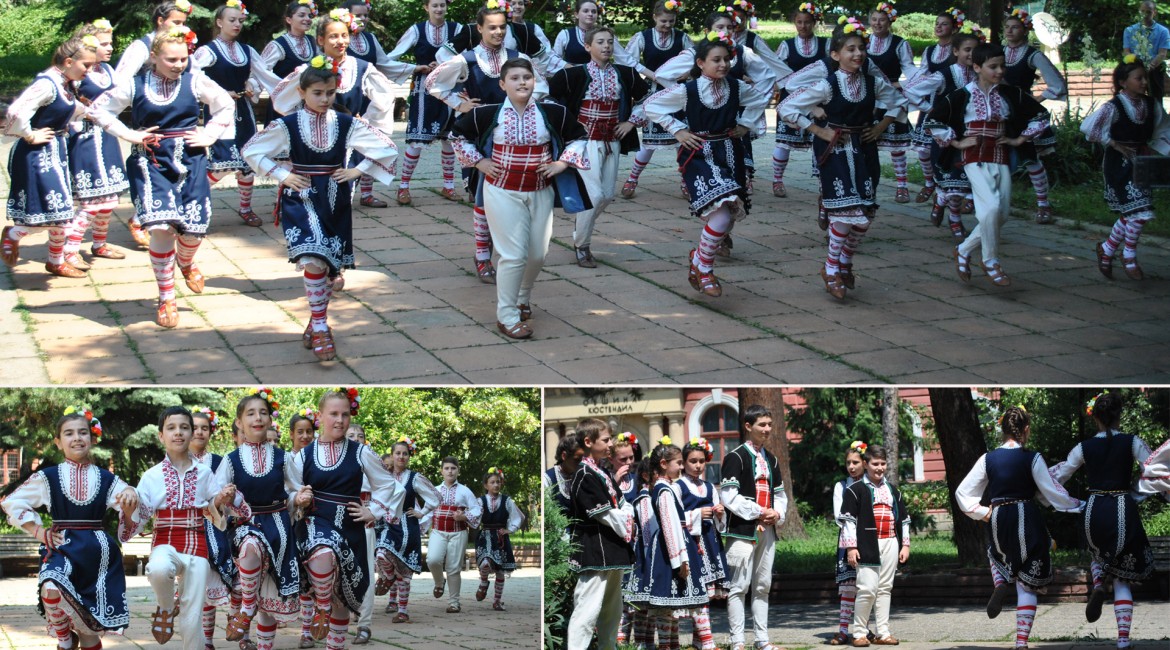 The official ceremony was held in the City hall of Kyustendil municipality in attendance of the children from the group, deputy mayor of Kyustendil - Svetoslav Vasilev, the director of "Culture, education, youth activities and sport" department - Neli Petkova, Manager of "Culture and spiritual development" department - Dima Ukalska, Chairman of the Standing Committee on Culture in the Municipal Council Kyustendil - Chavdar Nenov, Director of United Children's Complex - Boyko Malinov, many parents and the media.

The president of EAFF - Kaloyan Nikolov awarded part of the prizes to the Art director of the group - Rangel Madzharski. He received also the "Maestro" diploma - for contribution in folklore art as well as Diploma for essential contribution in preservation and promotion of traditional Balkan folklore arts. The money prize provided by the Municipality of Hisarya was awarded personally by the mayor of Hisarya - Eng. Penka Doykova. She came in Kyustendil specially for the ceremony.

Rangel Madzharski thanked for the recognition on behalf of the entire dance group and said in front of the team of EAFF and the camera of EuroFolk TV that they will continue to work even harder, they will pass on the Bulgarian traditions and customs that will keep the Bulgarian spirit everywhere - in Bulgaria and abroad.

EAFF President Kaloyan Nikolov also congratulated the winners and expressed his pride in the fact that "such beautiful children, who keep the folklore in their heart, have been able to present all the knowledge that Mr. Madzharski has given them."

After the award ceremony, in the garden in front of the Municipality, the talented dancers from the Ensemble "Kyustendilche" performed the two dances with which they won the jury of the Championship as well as the hearts of the audience. The participation of the young dancers in this year's Balkan Championship "Euro Folk - Jiva Voda" brought them points for their ranking in the World rank list of folklore.