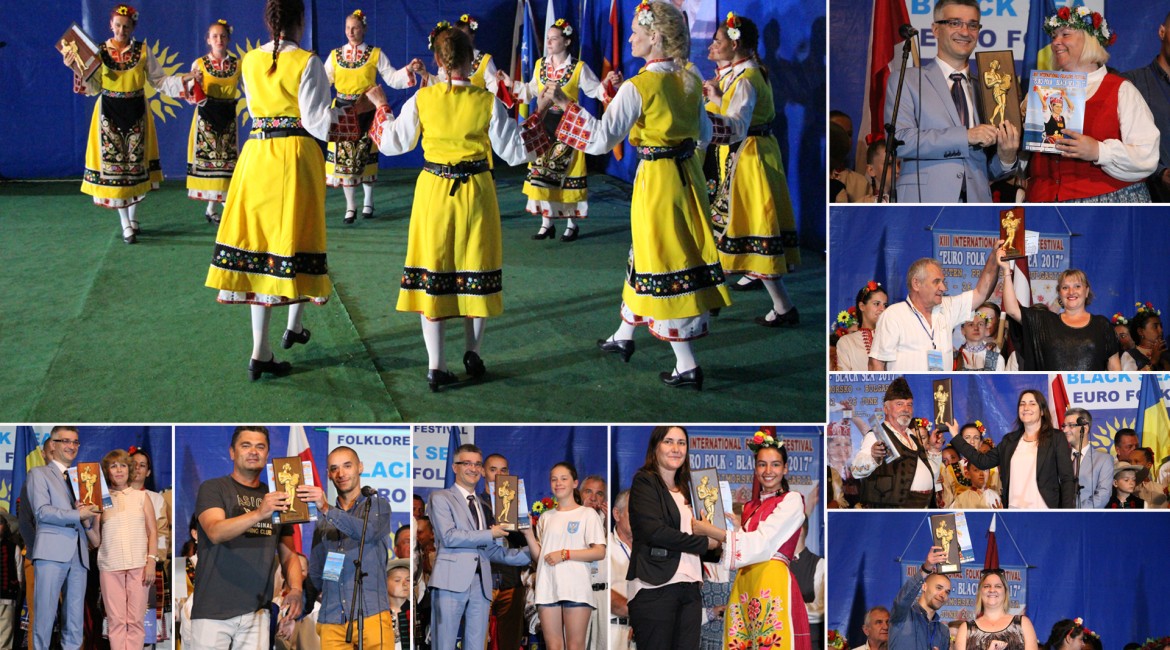 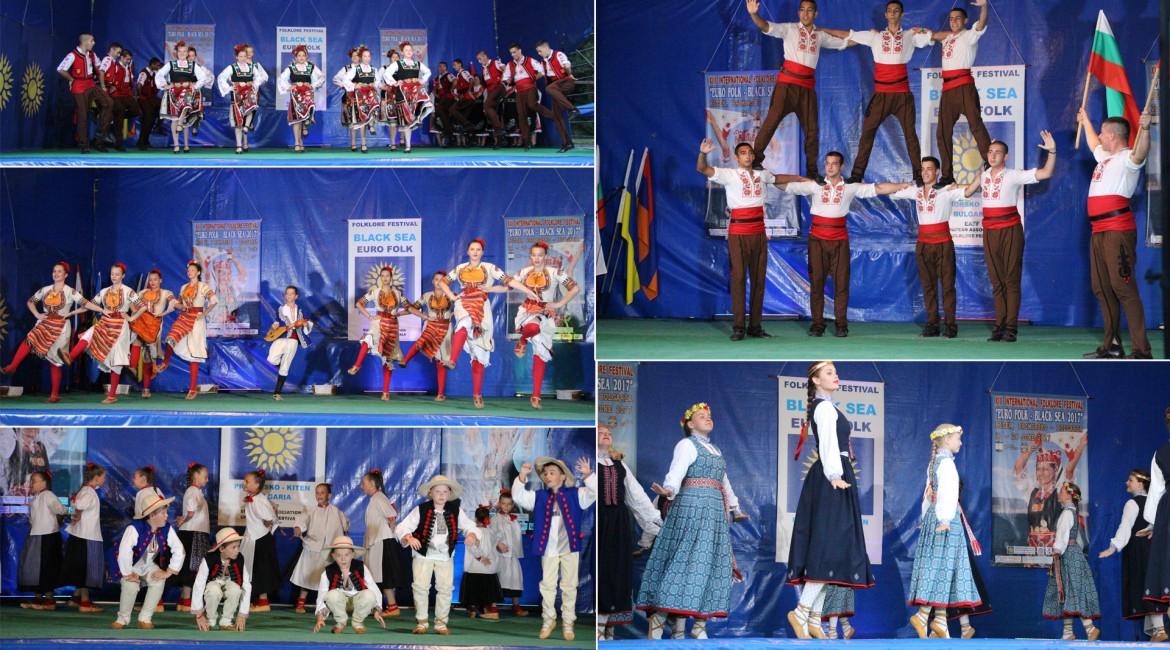 Performers from the group for folklore chain-dances "Trakia 1" at "Hristo Botev - 1902" Community centre, Dimitrovgrad (Bulgaria) won the Grand Prix Golden "Orpheus" in the XIII International Folklore Festival "Euro folk - Black sea" 2017. Art director of the group is Irina Kostadinova - Nikolova. The prize was awarded by the president of the European Association of Folklore Festivals - EAFF - Kaloyan Nikolov during the official closing ceremony of the festival.

Children's dance group "Galabcheta" at Culture Center in Galabovo, region of Stara Zagora, once again supplemented the list of the winners with first prize Golden “Orpheus” in genre categories. The talented young students of Valentina Vasileva, lightenеd up the mood with their dances in the category "Processed dances - youth groups".

The other prize winners of first prize Golden “Orpheus” in different genre categories are:

More than 70 groups (dance groups, ensembles and individual performers) with more than 1000 contestants from Bulgaria, Ukraine, Lativa and Poland participated in the 13th edition of “Euro Folk – Black Sea” 2017, which took place in the “Green Pak” complex in Kiten. All the contestants were given Honorable diplomas and were given the honorable token of the forum. Numerous groups won Diplomas for generation continuity named after Iliyan Nikolov, the founder of “Balkan Folk” and Musical Feasts. Many contestants became a discovery of “Euro Folk – Black Sea” 2017, among them were many young performers of the Bulgarian folk song.

The youngest participant was 4-years-old singer Tsvetelina Georgieva Yorgova from Yambol and the oldest was 86-years-old Genyo Genev from Garbovo, who presented the пroverbial humor of the residents of Gabrovo and the region. The National Artist was twice nominated by UNESCO for a Living Human Treasure.

During the folklore forum the contestants created many new friendships and hardend old ones. The had fun together after getting off the stage. And on the grand finale, after the wishes of the president of EAFF, Mr. Kaloyan Nikolov, to see each other next year, all of them began dancing a big Bulgarian round-dance.