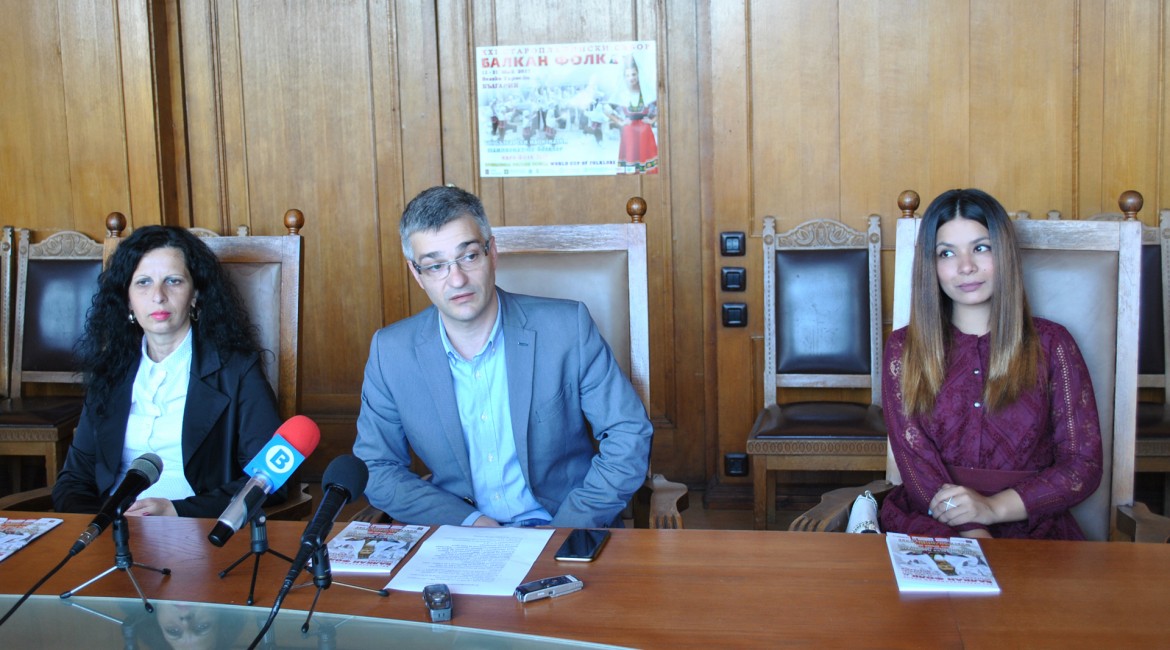 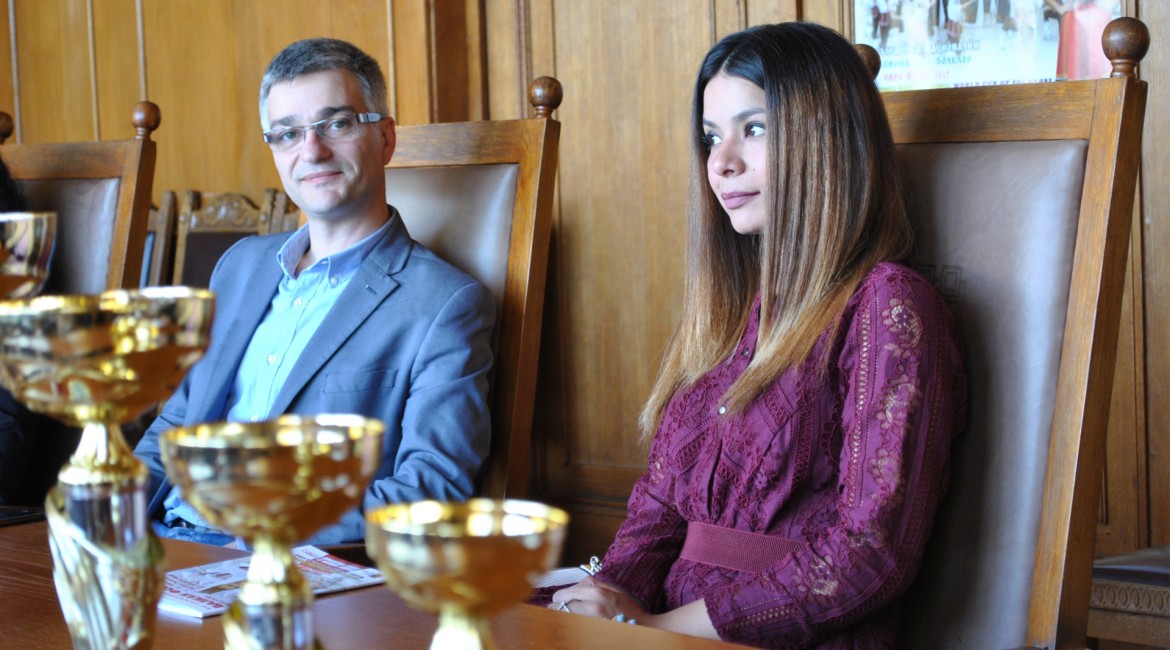 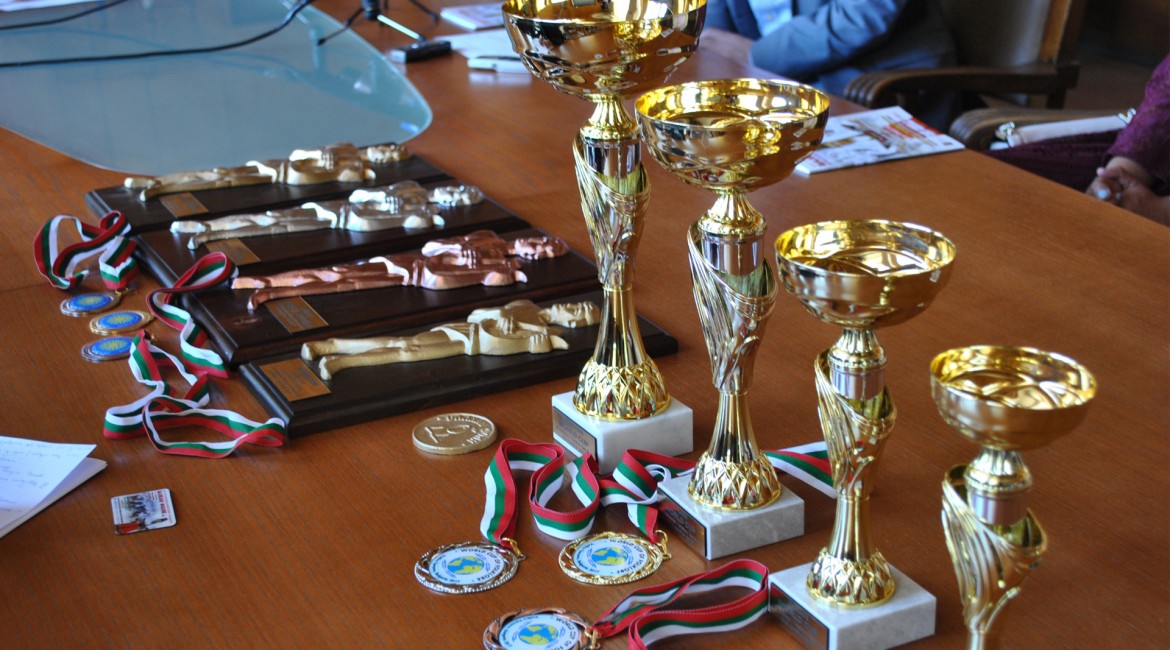 Previous Next
11 May 2017
The first participants in the XXI Stara Planina Fest “Balkan Folk”  already arrived  in Veliko Tarnovo. From 11 to 21 May, the Old Bulgarian capital will once again be host of  №1 Festival in Europe. More than 200 groups with over 4000 participants from Bulgaria, India, Indonesia and other countries will perform on the stage of the scale event, which will be held together with VIII Bulgarian National Championship of Folklore “Euro folk 2017” and the World cup of Folklore – Veliko Tarnovo 2017.
The concerts will take place on 12, 13, 14, 18, 19 and 20 May in the Summer theater of the town from early afternoon until 21:00 (The program with the performances by days and hours is uploaded on the official website of EAFF).
„For centuries Veliko Tarnovo is a cultural center of Bulgaria and is meant to be a festival capital.“, said at the special press conference Kaloyan Nikolov - President of the European Association of Folklore Festivals (EAFF).
The scale folklore forum will be honored by Her Excellency Mrs Sri Astari Rasjid - Ambassador of the Republic of Indonesia in Bulgaria. With her visit, at the invitation of Mr. Nikolov, she will support her compatriots who participate in the World Cup of Folklore. During her visit, Ms. Rasjid will lay flowers at the monument of Ilian D.Nikolov - founder of "Balkan Folk".
On the official opening of the Fest, among honorary guests will be the girl, whose face adorns the poster of this year's edition of "Balkan Folk". This is the 16-year-old Ralitsa Miroslavova, who is a student at “Maksim Raykovich” high school  in Dryanovo and is one of the best dancers of  Dance Ensemble “Dryanovche” at “Dryanovska probuda – 2008” Community center, with artistic director Marusya Mlazeva. She is dressed in Thracian costume. In the background behind her are the dancers from "Shareno gerdanche" - Targovishte - last year's winners of the Grand Prix in the National Championship.
Besides the groups from Indonesia, the audience will be fascinated by the guest from India - Chandni, who will present the typical for her country classical Indian dance – katak, characterizing the history, life and culture of India and associated with femininity and seduction. Upon her arriving in Veliko Turnovo, she made a short walk and expressed her fascination with the attraction of this Bulgarian town.
On May 13, at 18:00 h, during the stage of the Summer theatre is full of songs and dances, on the main street to “Mayka Bulgaria” monument will pass the traditional parade, which will include about 400 participants in the Fest. At the monument each group will have a short program, after which the folk procession will continue to Summer Theater.
The Jury of the Championship and the Cup uses the evaluation system of the European Association of Folklore Festivals - EAFF and the World Association of Folklore Festivals - WAFF. The evaluations of the teams appearing in the competition program are valid for ranking in the World rank list /World rank list of folklore/.
The awarding ceremony for the winners of the Bulgarian National Championship and the World Cup of Folklore and the official closing of "Balkan Folk" will be on 20 May at 20:00.