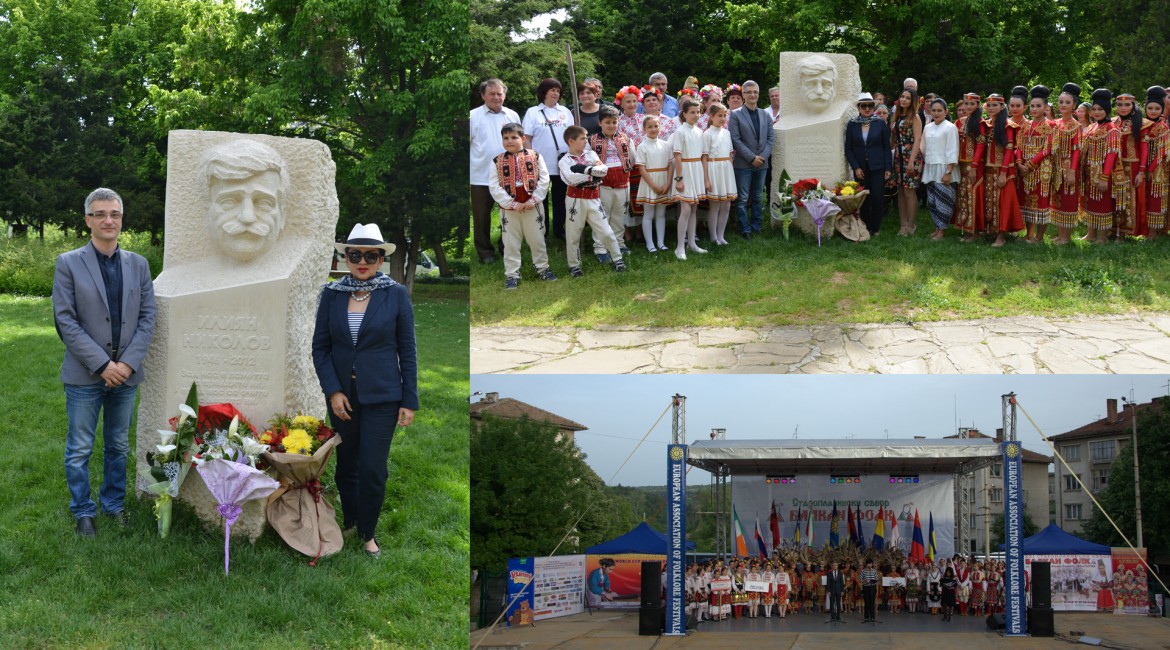 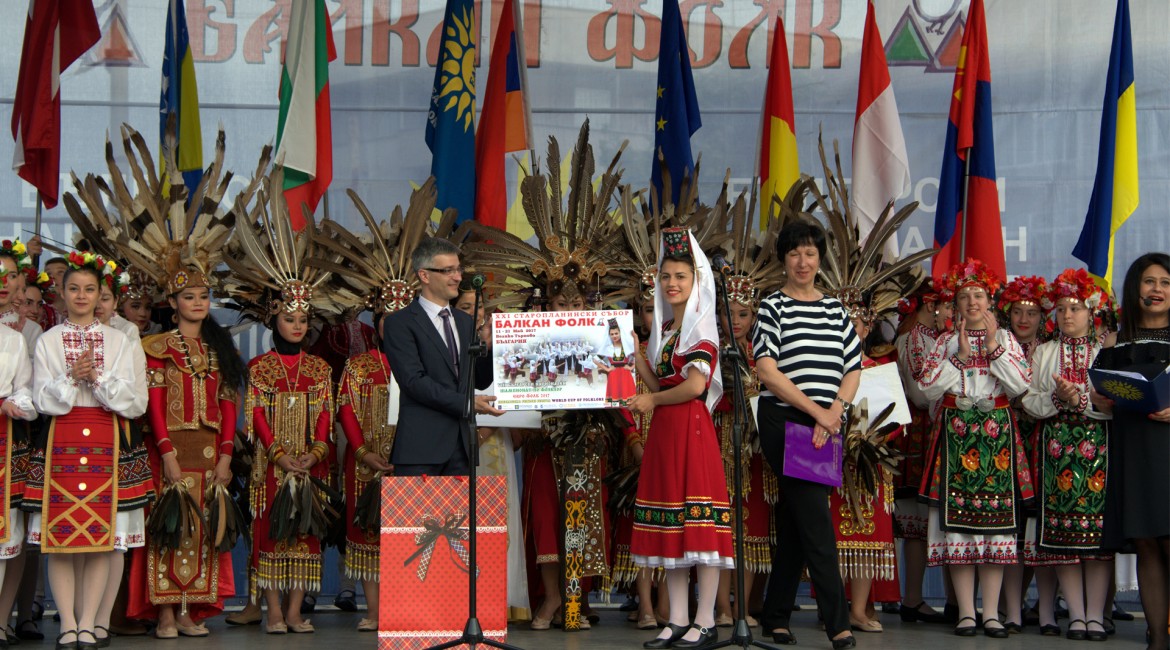 The large-scale folk forum, which takes place from May 11 to 21 in the old Bulgarian capital, gives the scene to more than 200 groups with more than 4000 participants from Bulgaria, India, Indonesia and others countries.

Her Excellency Ms. Sri Astari Rasjid, Ambassador of the Republic of Indonesia in Bulgaria, honored the opening of the festival. With her visit, at the invitation of Mr. Nikolov, she supported her compatriots who participated in the World Cup of Folklore. Ms. Rasdid's program included laying of flowers at the monument of Ilian D. Nikolov, founder of Balkan Folk.

Nelina Tsarova - Director of "Culture and Tourism" head office at the Municipality of Veliko Tarnovo also made greeting to the participants of the festival on behalf of the mayor of the municipality, which is co-organizer of the forum.

More than 600 performers, singers, dancers and music groups from Bulgaria, Indonesia and India presented their programs in the first day of the festival. The residents and guests of Veliko Tarnovo enjoyed a very rich by genre and ethnography folklore spectacle.

Exotic costumes and the exciting presence on stage of the two Indonesian groups – „SMAN 28“ from Jakarta and “Al Azhar BSD” from Tangerang, as well as the Indian dancer Chandny, increased the festive athmosphere and brought wild applause to the numerous audience.

Many of the participants had a memorable presence in the first festival day. A large number of groups and individual performers presented themselves not only in the Festival, but also in the competition programs. Their performances were evaluated by the professional jury with Laureate titles; Diplomas for a significant contribution to popularizing traditional folk arts; Diplomas for continuity between the generations, in the name of Iliyan D. Nikolov; diplomas  for Discovery of the music forums; References for participation in the Balkan, European and World Championships held in Hissarya and several towns on the Bulgarian Black Sea coast.

A total number of 13 medals were granted. Nine of them in the National championship and three in the World Cup. The first contenders for the Grand Prix in the World Cup were nominated. The jury granted a nomination for the prize to Dance Ensemble “Ludi Mladi” from Shumen.

In the end of the evening, as co-organizer of the folklore forum, the Municipality of Veliko Turnovo gave the participants the opportunity to enjoy the Audio-visual performance "Tsarevgrad Turnov - sound and light".