The Conductor Stoycho Karanlakov: “The song is a life and my work with children is a mission” 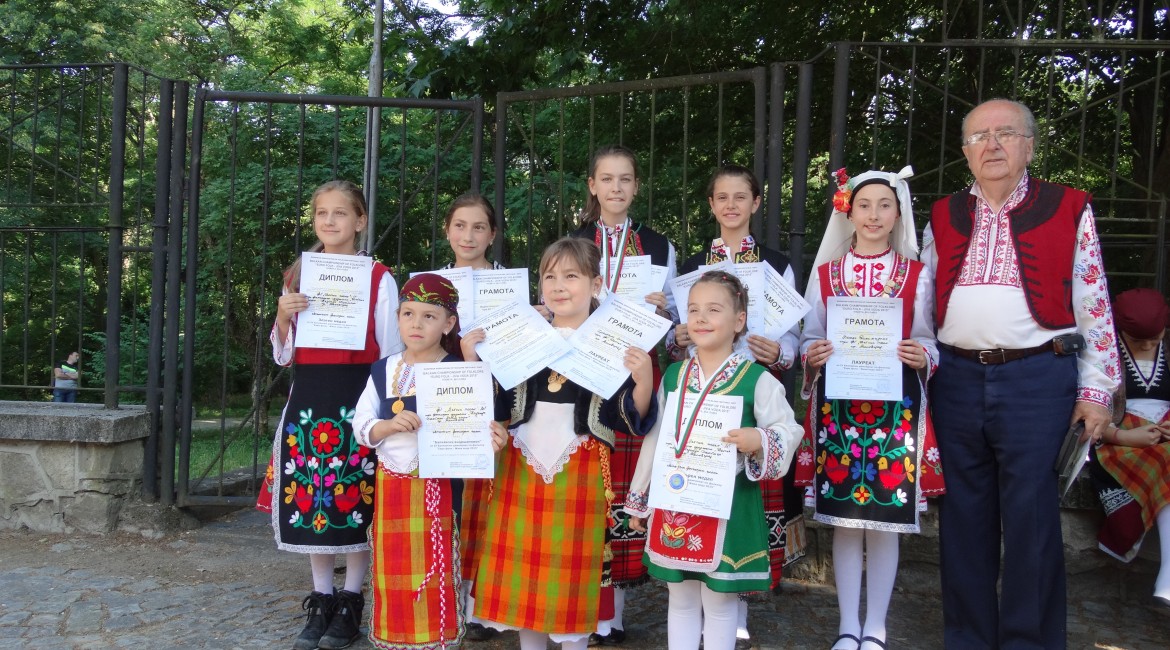 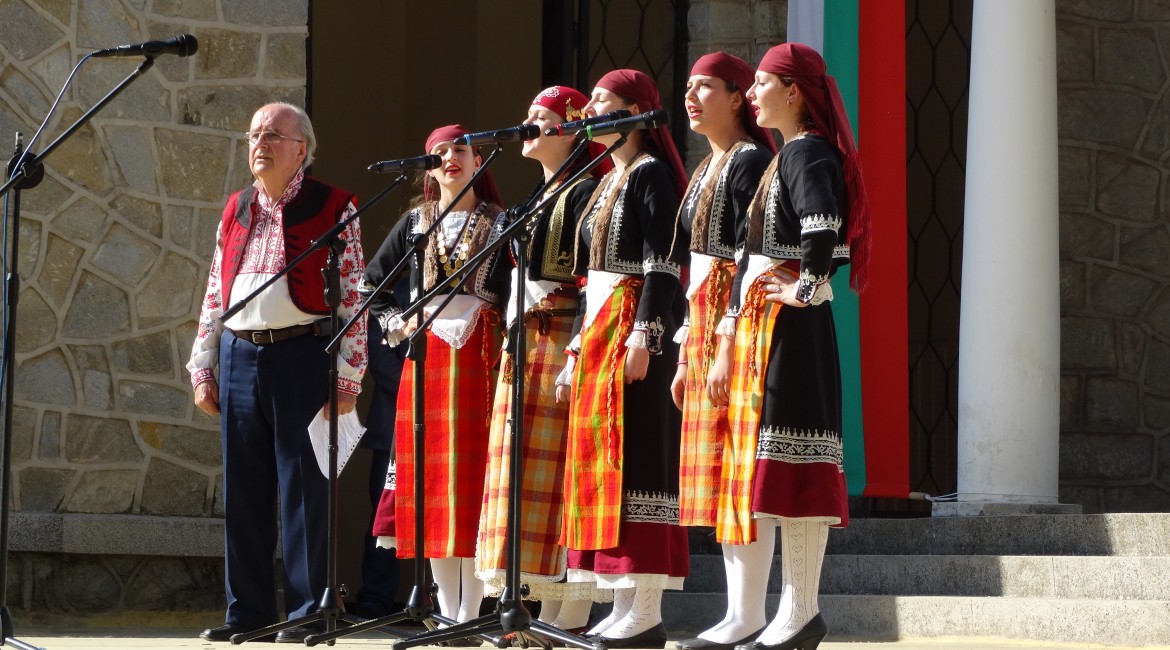 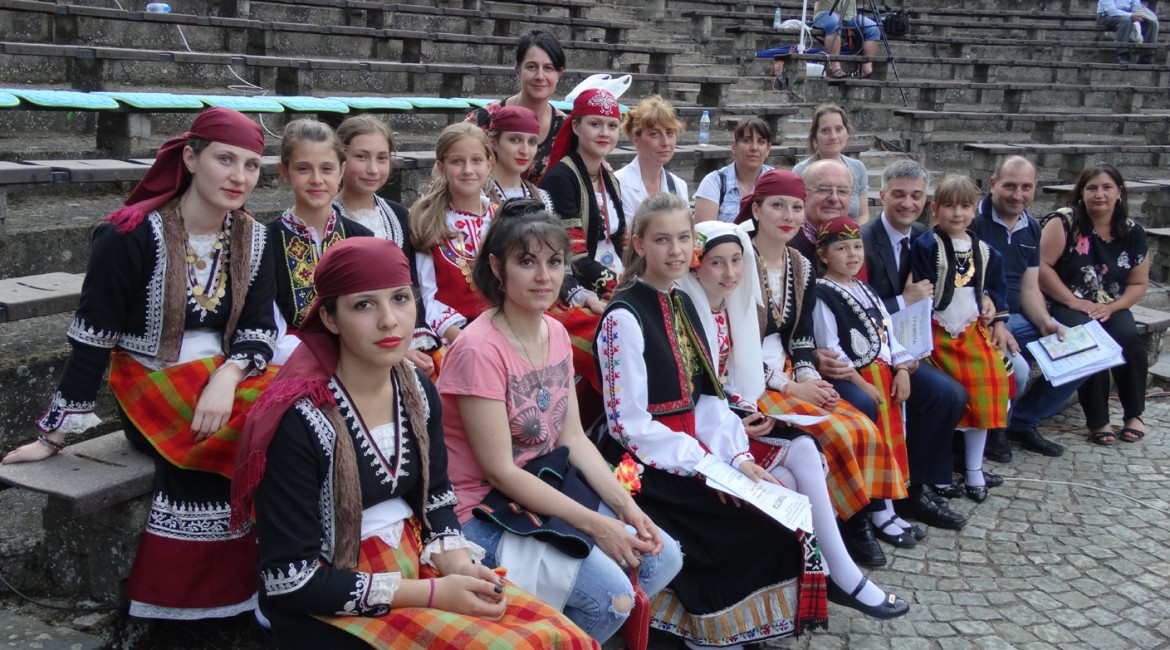 Despite the competition between singers and dancers from different regions of Bulgaria during four days of the festival, the students of Mr. Karanlakov worthy performed songs from Rodopa region not only as a group but also as an individual performers.

This brings them 4 golden and 1 silver medal, diplomas and recommendation for participation at the European Championship of Folklore in Nessebar and Sunny beach in July. The excitement of everyone was enormous, because they had the honor to sing in front of the President of Republic of Bulgaria, who attended the final concert of the Championship.

Stoycho Karanlakov shared the joy and the pride from the successful implementation of the children and presented them namely. He told that his advanced age won’t stop him to prepare the kids for their worthy performances in July at the National Folklore Fest “Rozhen” and in August at the National Fest of Bulgarian Traditional Art “Koprivshtitsa”.

Mr. Karanlakov, please tell me, since when you are working over folklore?

I’m a conductor with a 62 years of practice. I stepped on the scene in 1952, and I’m doing things that way till today. Only two years I have not been on stage. I had led the ensemble "Kapitan Petko voivoda" in our city for 25 years.

Since when you are a leader of the children’s group?

I established the Folklore Association “Children’s Song – Nadezhda Hvoineva” in 2002 and I started working with few kids from second grade.The group was enlarging constantly. And I’m learning them that the folklore has saved our nation from the doom. The nation has experienced a lot of sufferings over the centuries but the people always has sung – when the time was the most difficult. When the people are very cheerful or sad, they are singing songs appropriate for the situation.

This year you celebrated '80 anniversary - what is your wish?

To continue working with the children! More children to be part of our work. In the group have joined 3 new kids and they are very talented. I’m glad to have them in the group, like everybody else. It is good that all who started to sing in the collective from second grade, not just loved the folklore song but are continuing their musical education in classes for folklore singing. They are Mariya, Zlatka and Melek, who graduate this year. We have sowed the seed of love in their souls, and music became their inner need to continue to sing.

That girl, Mariya, she started singing also in second grade with the ambition to work hard. She not only accepts what I’m teaching her, but she are searching for songs in Internet and learns them by her own. This is her younger sister – little Hristinka. Hristinka learned many songs from her sister. They are singing together and they are extremely talented and very ambitious to enrich their repertoire.

That little person – Liliya is the newest discovery in the group. Mihaela came with Liliya. The three girls Liliya, Mihaela and Hristinka are the youngest members of the group – only 6-years-old and they joined the group in autumn. Children are singing with so much love. And last but not least, the parents are showing great interest. They support their kids, and due to their support we are going ahead. That girl is Sevgyul, she is singing with her sister Ismigyul. This is Diana, she joined the group with great desire. Some of them are already seventh grade, they are growing but the important is that they bring the love of music in their hearts.

What awards have you won over the years?

We’ve won a lot of awards. We are constant participants in the culture life of Asenovgrad. But let them to say something ...

13-year-old Antonia Makaveeva was "ventured" to boast in front of our team that she has sung in many competitions. This year she attended the festival “Orfeevo izvorche” and won golden “Orpheus”. Also she will take part at the festivals in Rozhen and Koprivshtitsa.

She said that the love of songs have attracted her to the folklore music. Her friends support her in what she is doing and sincerely rejoice with her on her success.

“I share the emotions of all my participations in folklore competitions and I  inviting them, but they are working over another things – some of them are practicing sports…” said Antonia.

The IV edition of Balkan Championship “Euro Folk – Jiva Voda” went in the history. And the history will preserve not only the talent of the young performers from Asenvgrad but the love and the enormous dedication of a dignified Bulgarian devoted his life and his work for the preservation and continuation of folklore traditions and Bulgarian spirit.