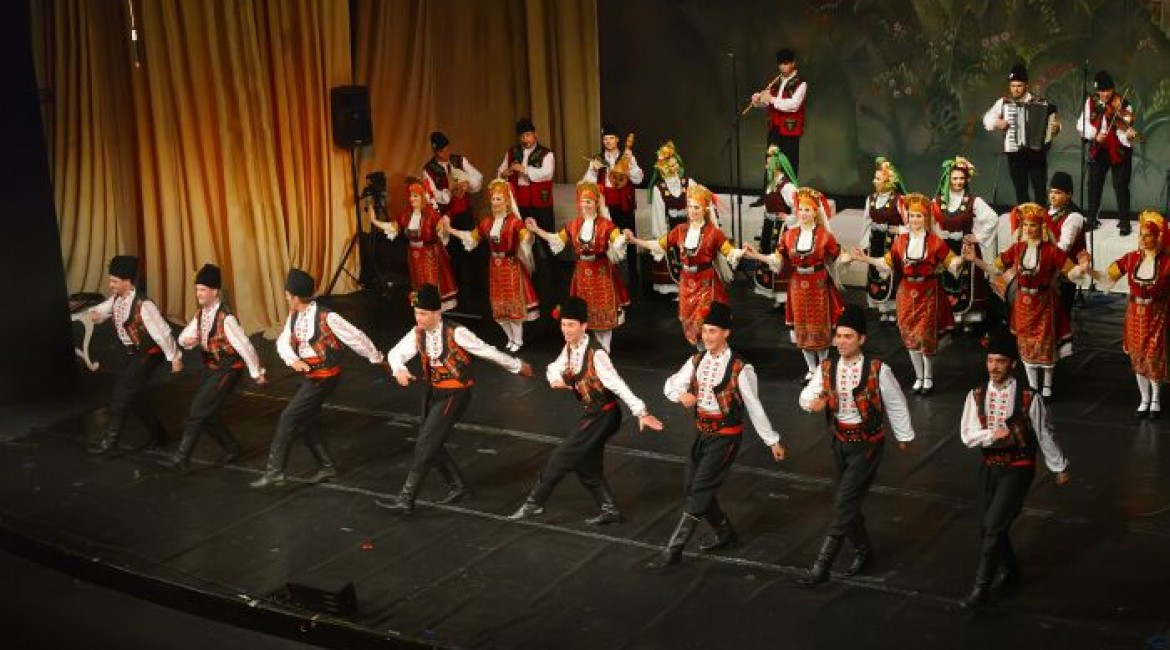 Folklore Ensemble "Iskra" from Veliko Tarnovo presented to their loyal fans and the supporters of the Bulgarian folklore art - the music and dance spectacle "Kitka za obich" / "Bunch of love".

Professional dancers, singers and musicians more than two hours were sharing their inspiration in their creativity on the occasion of 55th anniversary of the establishment of the folklore collective. Hundreds of spectators in the crowded hall of Musical and Drama Theatre "Konstantin Kisimov"  deservedly applauded the artists who presented the Bulgarian national spirit with their performances.

Deserved recognition for longstanding activity of the ensemble was awarded with the "Golden Lyre" award. The prestigious prize is awarded for outstanding contribution of Bulgarian folklore art from the Union of Bulgarian Musicians and Dancers and was given personally by the Vice-President of the Union Lyubcho Vasilev.

The chief artistic director and the choreographer of the Ensemble Borislav Angelov, the director of the Folklore Orchestra Lachezar Yordanov, the member of an orchestra Ivelin Zahariev and the chorine Greta Yordanova were awarded with the honorary sign of the Mayor of Veliko Tarnovo for overall creative activity.

Neli Stoycheva - the secretary of "Iskra" Community Center gave golden medals and diplomas to another artists from the ensemble. The member of the orchestra - Alexander Gramov thanked for the avowal with music. He greeted the audience with patriotic excerpt from the hymn "Varvi, narode vazrodeni" played on violin and the enthusiastic audience sang with him. The celebration became even more genuine!

For the years of work and contribution to the preservation and promotion of Bulgarian folklore art on three continents - Europe, Asia and Africa - the Professional Folklore Ensemble "Iskra" was awarded with another accolade. President of the European Association of Folklore Festivals Kaloyan Nikolov gave them "Gold Certificate" for membership in the EAFF.

The celebrants received flowers and greetings from various people and institutions from the municipality, region and country, with wishes to continue to inspire and educate the Bulgarian spirit through the art in a tribute to our ancestors.