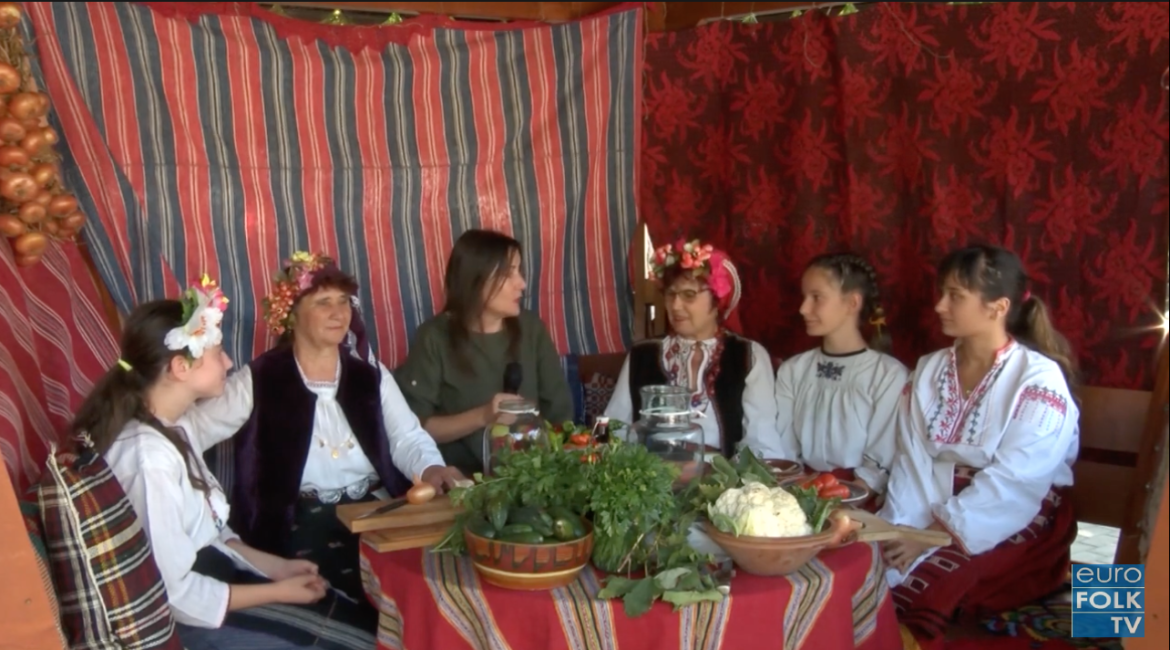 "Folklore table" TV Show will start in September with the movie for the International folklore festival "Euro Folk - Black Sea" 2022. After the overview movie about the music event, the show will continue with the interview with Dr. Svetlana Mominska on the topic of the diet of the Bulgarians in the past and is the diet in the past and the diet nowadays comparable.

The second issue of the show in September is dedicated to the movie about the XIV European Championship of Folklore "Euro Folk" 2022 and to Angel Angelov - the founder of the Museum of Bread and Traditional Food, an institution that preserves the traditions, located in Koprivshtitsa. The museum has been developing a high activity for several years now.

In the third week of September, welcoming the Autumn, the new issue of the show includes footage of how they make pickles in the town of Debelets, as well as many other favorite recipes from different regions of Bulgaria.

Bulgur is a whole grain food whose beneficial features have been known for centuries. But do we eat bulgur often enough today? What exactly is bulgur, what is it made of, what health benefits does it bring, how is it cooked - you will find the answers to these and other questions in the fourth week of September, on our consecutive issue of "Folklore table".