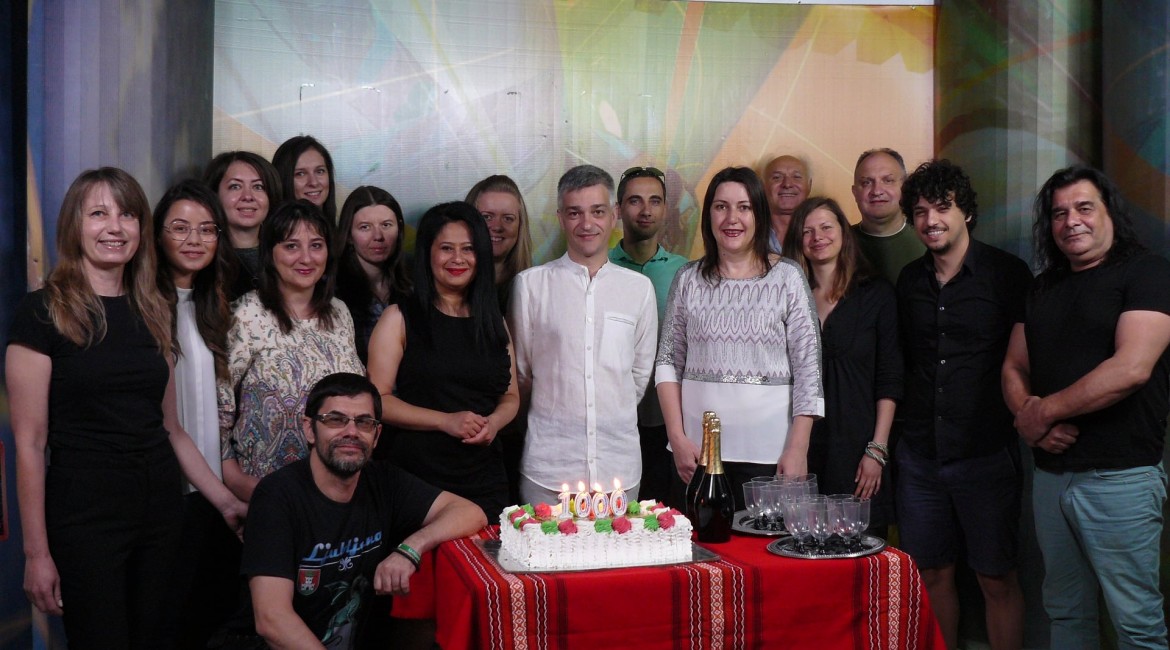 The weekly folklore TV show named "Balkan folk" broadcasted on the Bulgarian air since the autumn of 1999, celebrates its 1000 issues. How did "Balkan folk" start more than 20 years ago? On whose idea and with what mission? How does it remain on the TV air over the years? How did it develop and how many singers, dancers and musicians did it attract to the cause? You will get the answers to these and many other interesting questions in the issue № 1001.

In the anniversary edition you will find a double dose of emotions, memories, charts and interesting guests related to the history of the thematic TV program. In the special edition, the "family" of the production received video greetings from art directors of groups from all over Bulgaria, with whom they were together not only at the start, but continue to cooperate until now.

"It's very difficult to say what "Balkan folk" is to me because the show has been a part of my life for the last 20 years. I remember the beginning very well, when we were all very enthusiastic and the desire to make television in our country was great. I am convinced that we have kept this love to this day", said Vesela Kancheva, the host of the show.

The director of the production, Mr. Kaloyan Nikolov, also spoke about his memories related to the launch of the folklore program: "After the second edition of the Stara planina Fest "Balkan folk" came the idea to make a TV show, which aroused great interest among cable operators and more than 60 cable TV channels have broadcasted it. Thanks to all the spectators who wait in front of the screens to watch the "Balkan folk" at the appointed time."

"Over the years, the show has provided television popularity to more than 10,000 individual participants and folklore groups - through stage recordings, videos, interviews and overview films about the festivals. I am glad that we started early not only because we managed to create a huge fund with video recordings of folklore, but also because over the years these recordings have become more and more valuable", with these words the screenwriter and director of the production, Mrs. Mariana Nutsova expresses her gratitude to the bearers of folklore, with whom she works in the period from the end of the last century to the present day.

Thus, the team behind the production of "Balkan folk" TV show took the tape back and reminded the passion for folklore art, which has been an integral part of the work process for two decades. The review is supported by inspiring and sentimental archival footage that illustrates the stages in the development of the show.