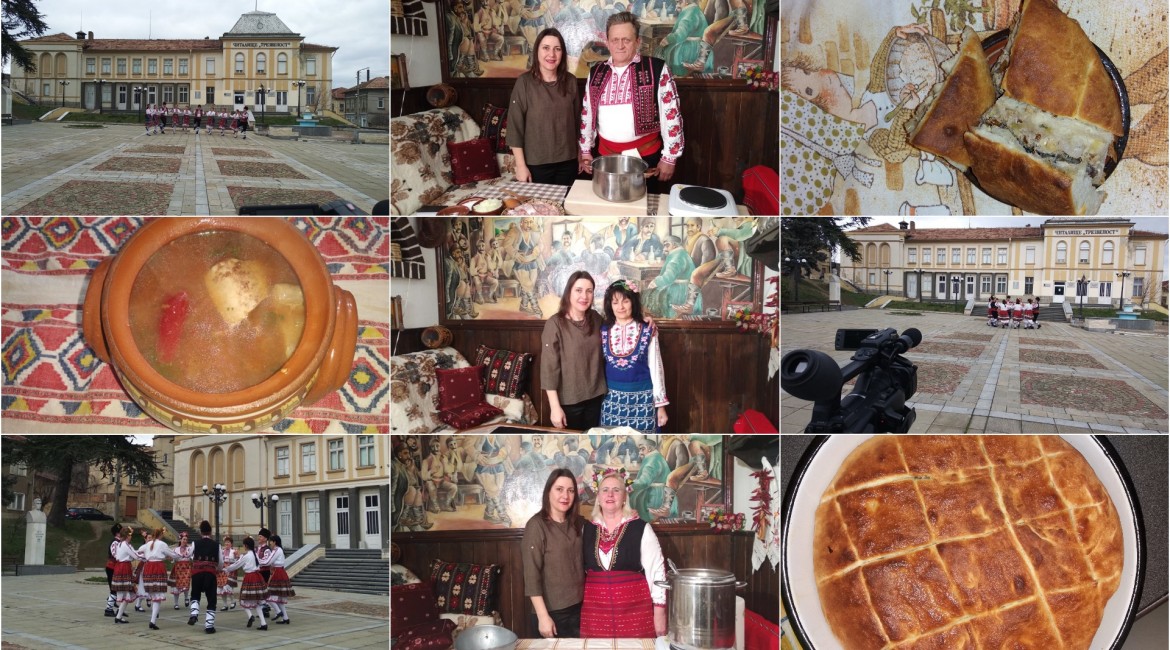 In the upcoming editions of the TV show "Folklore table" you can learn how to cook traditional Bulgarian ordinady or holiday dishes, related to the region of Suhindol. In the second and third week of May we are going to present you the recipes for: Chicken meal "Pile po petrovski", Fish soup, Banitsa with grapes, Pepper porridge, Fish meal "Ribnik", Rabbit meal "Zaek po lovdzhiyski".

The TV show's issue includes also performances of Dance group "Gamzovyani" at "Trezvenost - 1870" Community center, Suhindol, Bulgaria as well as performances from their participation in the Black Sea Festival "Euro Folk" in 2019. The team of Eurofolk TV expresses gratitude to Mrs. Tsenka Stoimenova - secretary of the Community center, as well as the hosts whose house was used in the shooting day - Ana and Hristo Ilievi.