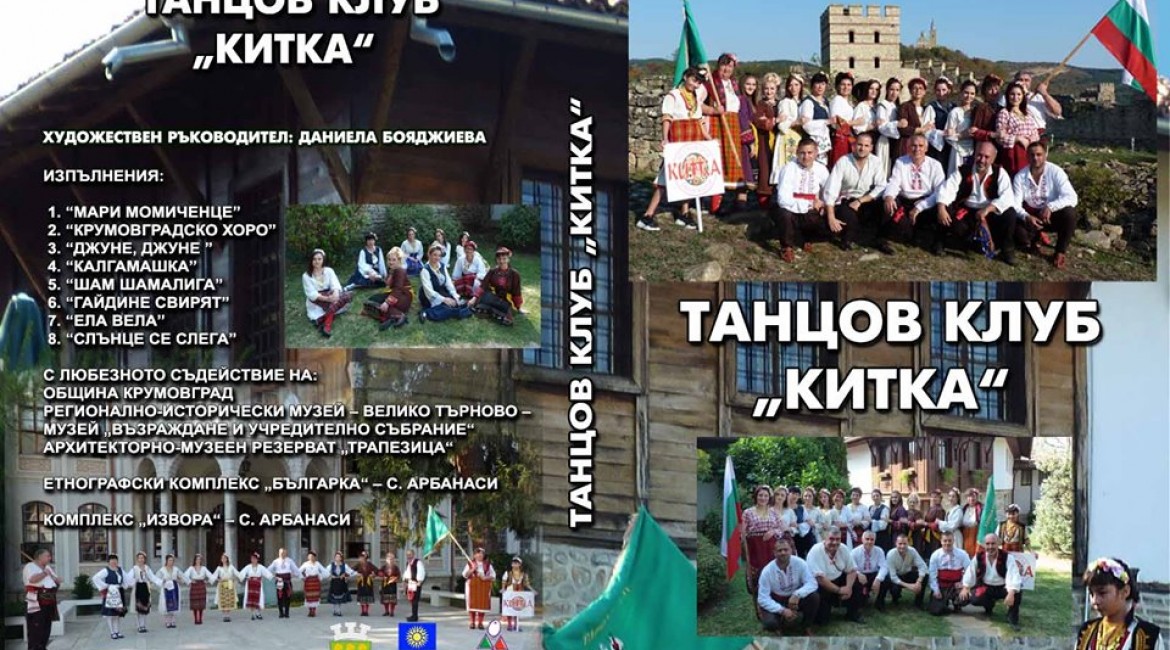 In the Christmas and New Year's eve, the team of Eurofolk TV has the pleasure to present the  first video album of Dance club "Kitka" from Krumovgrad, Bulgaria. You can watch the folklore performances of the group whose art director is Daniela Boyadzhieva. The album includes 9 videos, shot at emblematic locations in Veliko Turnovo, such as the "Mayka Bulgaria" Monument, the National Revival and Constituent Assembly Museum, the Regional Library, the Monument of Kolio Ficheto, the Trapezitsa Historical Hill, as well as in the Arbanassi Architectural and Museum Reserve.

Folklore club "Kitka" recently celebrated its ninth birthday and the beginning of its tenth creative season. One of the biggest achievements of the team is the participation in the XI European Championship of Folklore "Euro Folk 2019", where the group won the nomination for the Grand Prix of the championship "Golden Orpheus" and the Special Award of the main media partner of the forum - Eurofolk TV.

Don't miss to watch the Eurofolk TV's program in order to enjoy the amazing dances of Dance Club "Kitka".