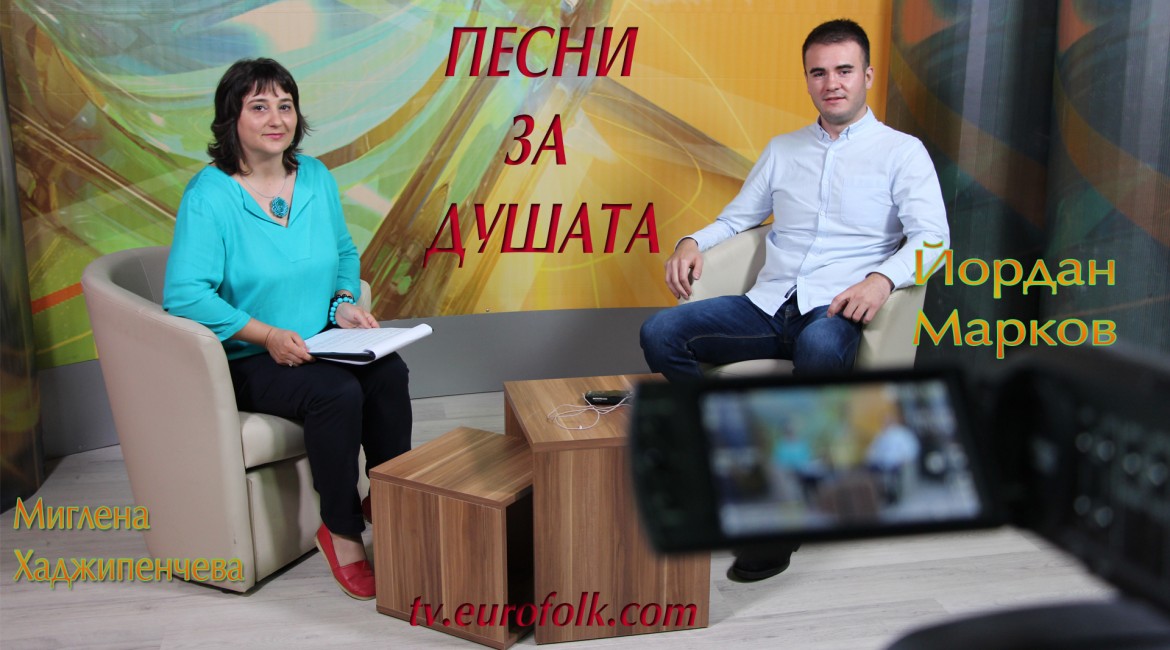 In the first issue of the "Songs for the soul" show for month of August is included an interview with the young pop singer Yordan Markov.

24-years old singer is in Veliko Tarnovo on the occasion of the "Love and friendship" concert, part of his national tour together with "Tonika Domini".

In conversation with the host of the show, Miglena Hadzhipencheva in front of the cameras of EuroFolk TV, the talented performer shared interesting stories and moments from his life - about the choice of the music genre, about the contests and his professional development, about his music mentors in the music industry, about the difficulties and the challenges that the young performers in Bulgaria face, and also about his future plans...

"The song "Lyato e" is one of the most successful songs from the album "Zhivot na krastopat" and the newest song "Momicheto za men" was filmed in Sinemorets, where the Veleka river  flows into the sea", the singer said.

In 2011, Yordan Markov won the Award of the Mayor of Veliko Tarnovo during his particiation in the International contest for young pop singers "Srebarna Yantra" which is annualy conducted in the old capital.

Participation in the contest "Chance" in Nizhniy Tagil (Russia) gave him a chance indeed, the jury consisted of rectors of several conservatories assessed him as the best among the participants from 22 countries and awarded him a free scholarship to the Moscow Conservatory.

Valuable music can be made in Bulgaria and Yordan Markov is one of the proofs for this. You will learn more watching the "Songs for the Soul" show in early August.