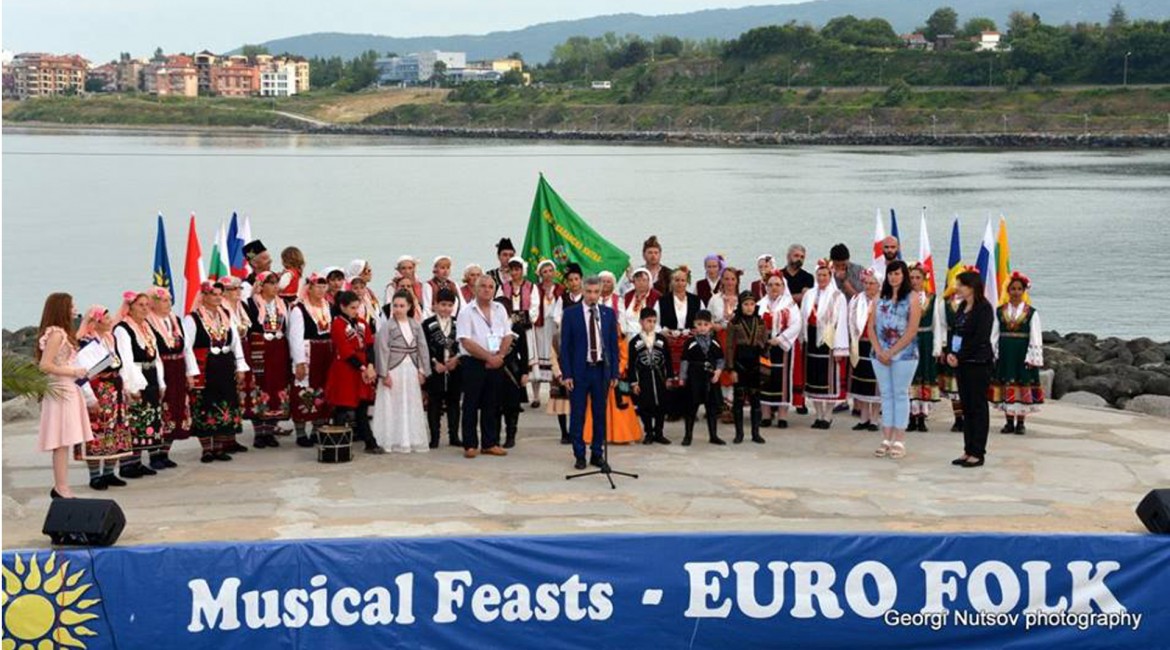 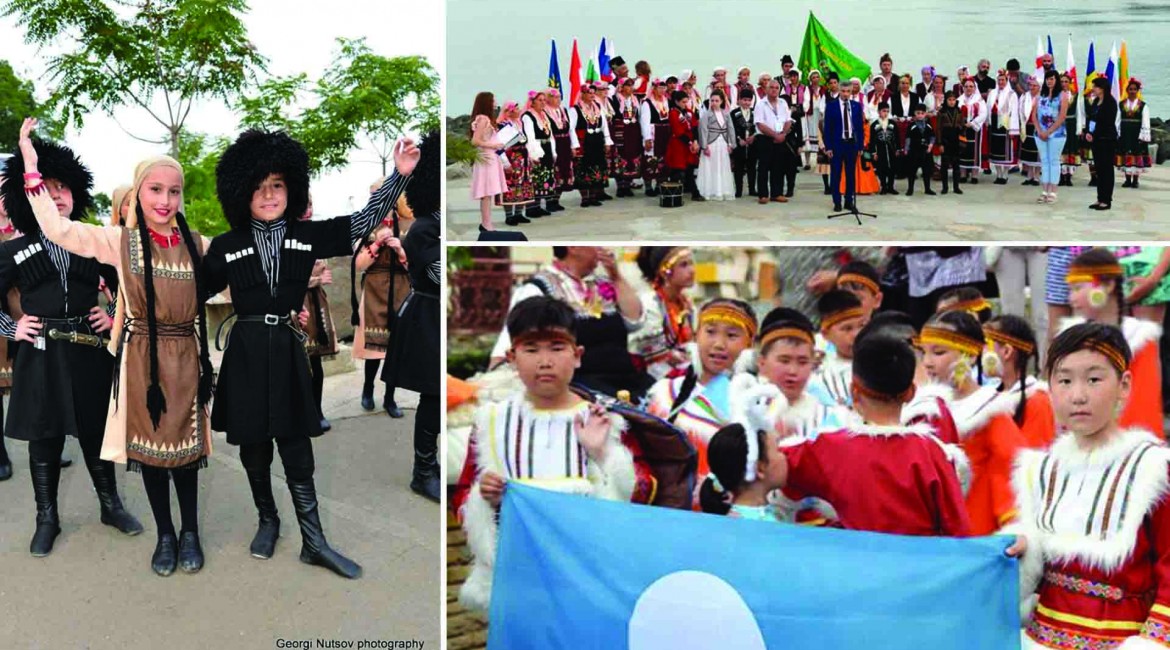 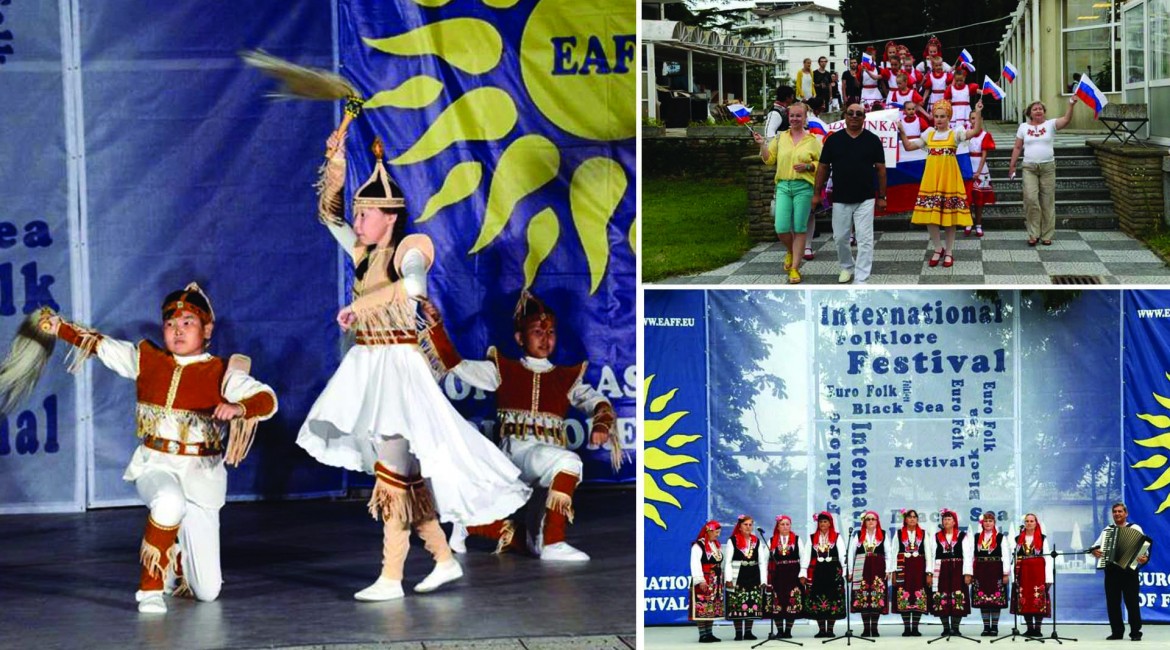 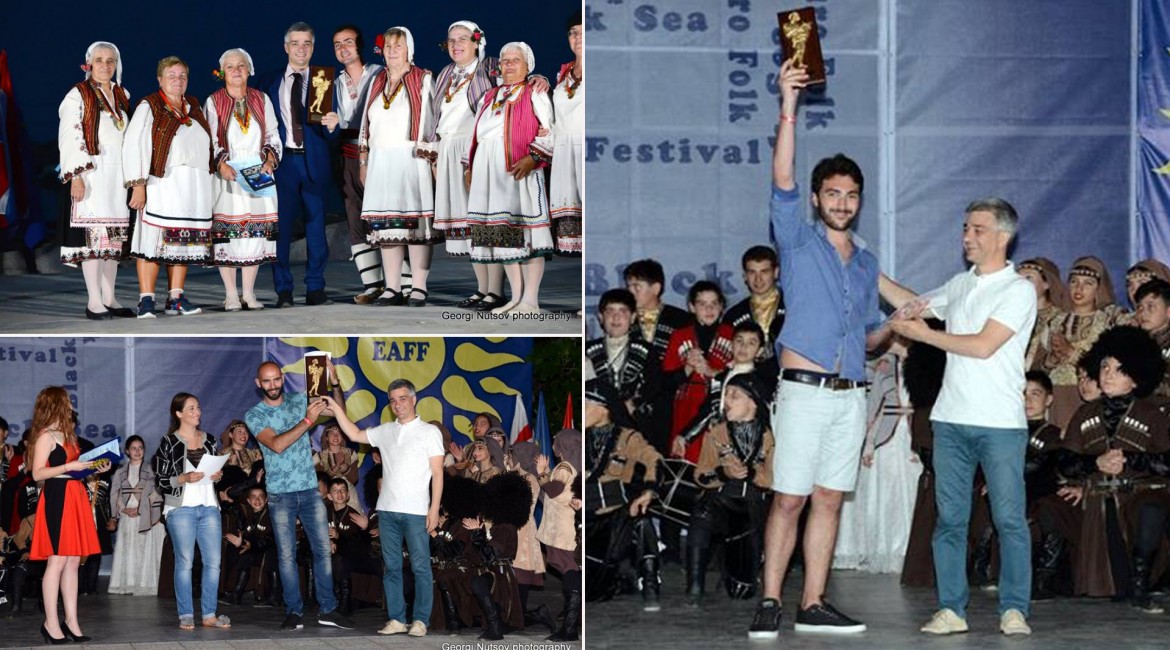 XIV edition of the International Folklore Festival "Euro Folk - Black Sea 2018" began. The festival has a competitive character and is being held from 17th to 23th of June on scenes of the sea resorts of Tsarevo and Kiten.

At the official opening ceremony, Kaloyan Nikolov - the President of the European Association of Folklore Festivals - EAFF congratulated all participants and wished them a worthy presentation. The official opening was attended by Tanya Eneva, Director of Education, Health, Culture, Sport and Social Activities Directorate of the Municipality of Tsarevo.

On behalf of the Mayor of Tsarevo - Eng. Georgi Lapchev was read greeting address to all participants and organizers of the event. 47 groups and individual performers will perform on the "Sea stage" in Tzarevo and on stage "Kremikovtzi" in Kiten within four days. The festival will be attended by over 900 participants from the country and abroad. An attractive performances in the first two concert evenings were made by the visiting dancers from Examplary Dance Ensemble "Zadorinka" and Collective "Yakut National High School" (Russia), as well as by the performers from the Children's folk sing and dance ensemgle "Khikhani". The Bulgarian participants showed the richness of their native folk art with their musical, singing, dancing and verbal performances.

"Euro Folk - Black Sea" Folklore Festival is held within the frames of "Euro Folk" Musical Feasts - The World is Television. The program of the festival continues on 22 and 23 June. The concerts are broadcasted online on the internet television Eurofolk TV - the main media partner of the event and you can watch them at: tv.eurofolk.com. Photos from the event - on our facebook page.