GROUPS FROM INDIA, GEORGIA AND LITHUANIA HEADED THE RANKING OF THE WORLD CUP OF FOLKLORE - VELIKO TARNOVO 2018 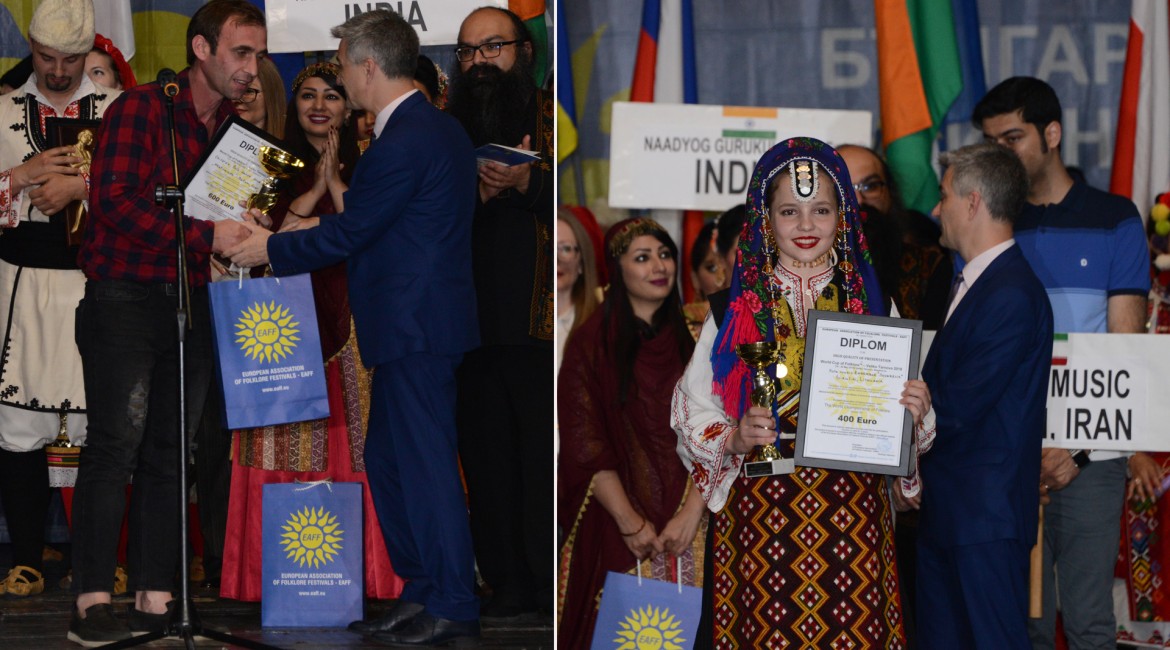 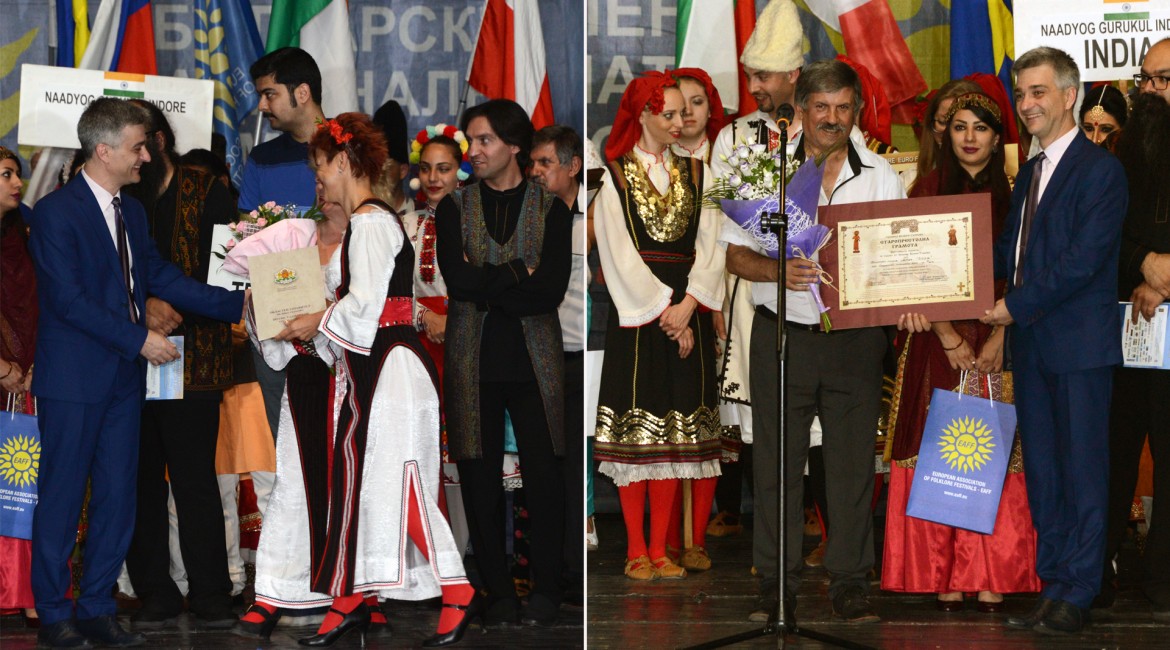 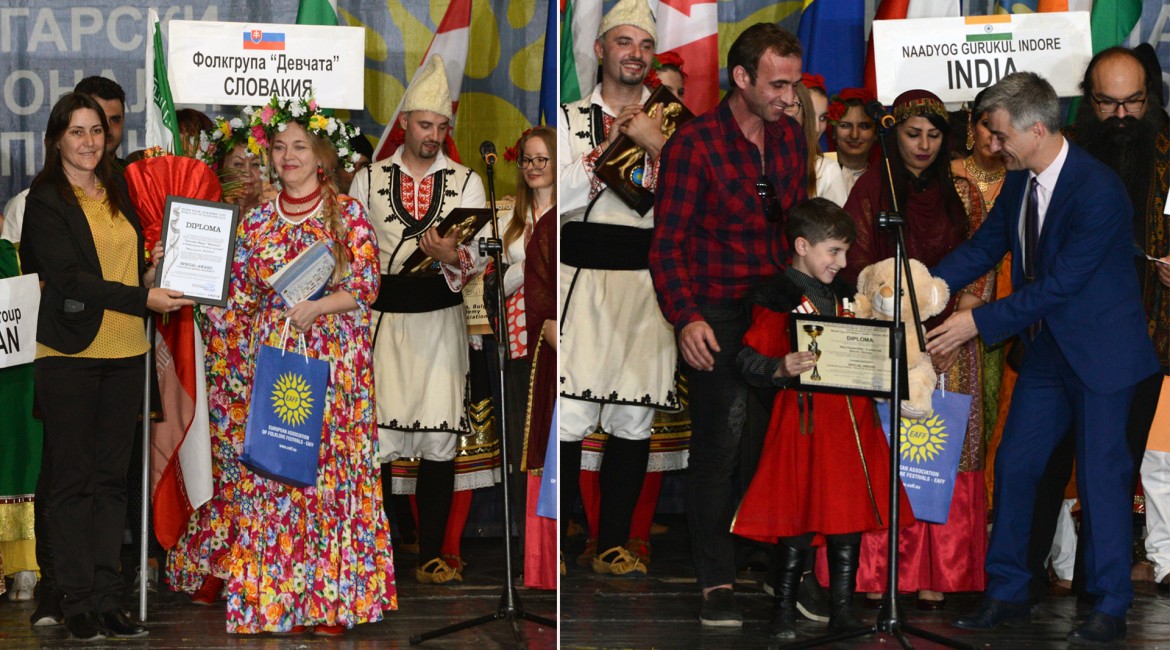 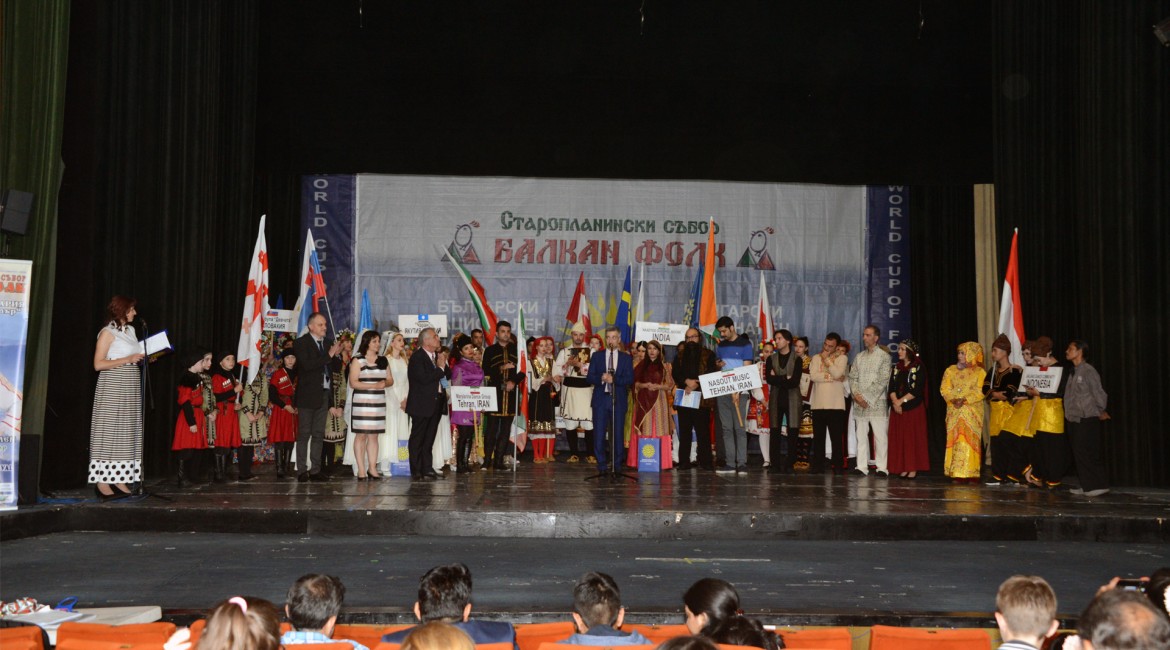 The winner of III World Cup of Folklore - Veliko Tarnovo 2018 is Ragini Makkhar & Naadyog Group from India, with artistic director Ragini Makkhar. The Indian performers from Indore, Madha Pradesh made a real show on the stage of the musical-dance forum, impressing with costumes, choreography and stage presence and deservedly won Grand Prix the Grand Cup of the forum, Diploma certifying the first place and a voucher for 1000 Euro for participation in the World Championship of Folklore "World folk".

Second place in the World Cup of Folklore was for Children folk dance ensemble "Mtatsminda" from Batumi, Georgia, with artistic director Giorgi Pharsenadze. The young participants presented themselves fabulously well and the jury and audience loudly applauded them long after the final chord. The group also received the Cup for the second place, Diploma and voucher for 600 Euro for participation in the World Championship of Folklore "World folk".

The third place in the final ranking of the World Cup of Folklore - Veliko Turnovo 2018 was determined for Folk Music Ensemble "Jovarėlis" from Lithuania, with artistic directors Regina Vaišnorienė and Rita Daukantaitė. The group received the Cup for the third place, Diploma and voucher for 400 Euro for participation in the World Championship of Folklore "World folk". The vouchers are provided by the European Association of Folklore Festivals (EAFF) and have a validity of 2 years.

In the last day of the competition, three participants were awarded with medals in this folklore format and one nomination was handed to Ensemble "Folklorika" from Sofia (Bulgaria). The ensemble headed the final ranking among the folk ensembles and individual performers nominated for the Grand Prix at the IX Bulgarian National Championship, which was held simultaneously with the third edition of the Cup and XXII Stara Planina Fest "Balkan Folk".
During the official closing were also handed:

The artistic directors of all foreign collectives received the title "Maestro", as their diplomas will be sent to the respective municipalities, so they can be handed to the groups in an appropriate way. Among the Bulgarian artistic directors, who have been awarded this title this year, is the name of Stefan Marinov - leader of Representative dance group "Balkan" - Dryanovo (Bulgaria).

Among the officials of the final concert and the awarding of the winners in the folklore competition was Mr. Hardesh K. Giri, Second Secretary (Information & Political) to the Embassy of India in Bulgaria.

At the final, Kaloyan Nikolov, President of the European Association of Folklore Festivals - EAFF, thanked all the participants for the wonderful performances; all the teams involved in organizing and conducting this great international folk forum and the audience, that supported the performers with their applause, and then officially closed XXII "Balkan Folk" Stara Planina Fest, IX Bulgarian National Championship of Folklore "Euro Folk 2018" and III World Cup of Folklore - Veliko Tarnovo 2018.

Photos from the event can be seen at the Facebook page of the Association.