THE "BALKAN FOLK 2018" FESTIVAL WAS OPENED. THE FIRST NOMINATION FOR THE GRAND PRIX WAS AWARDED 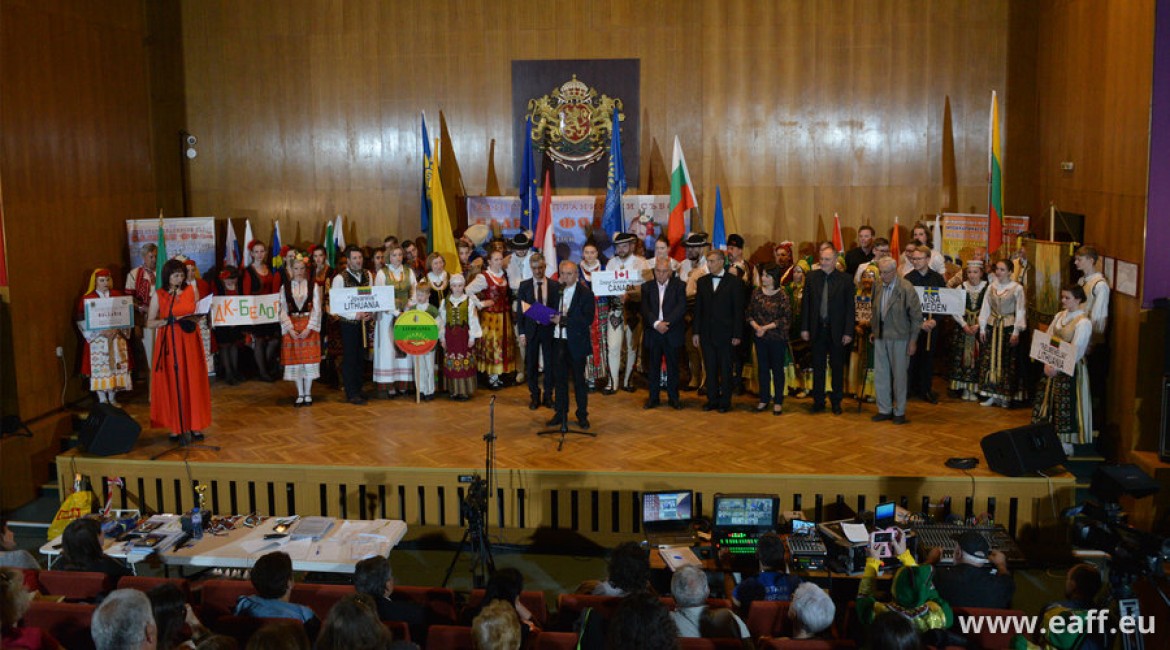 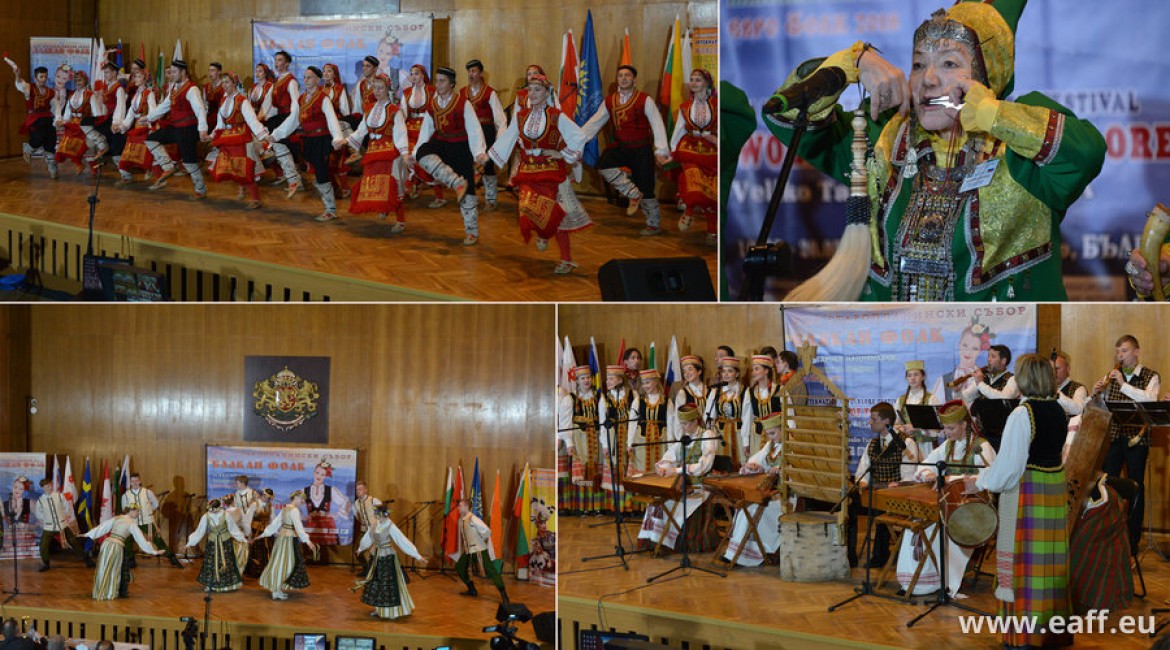 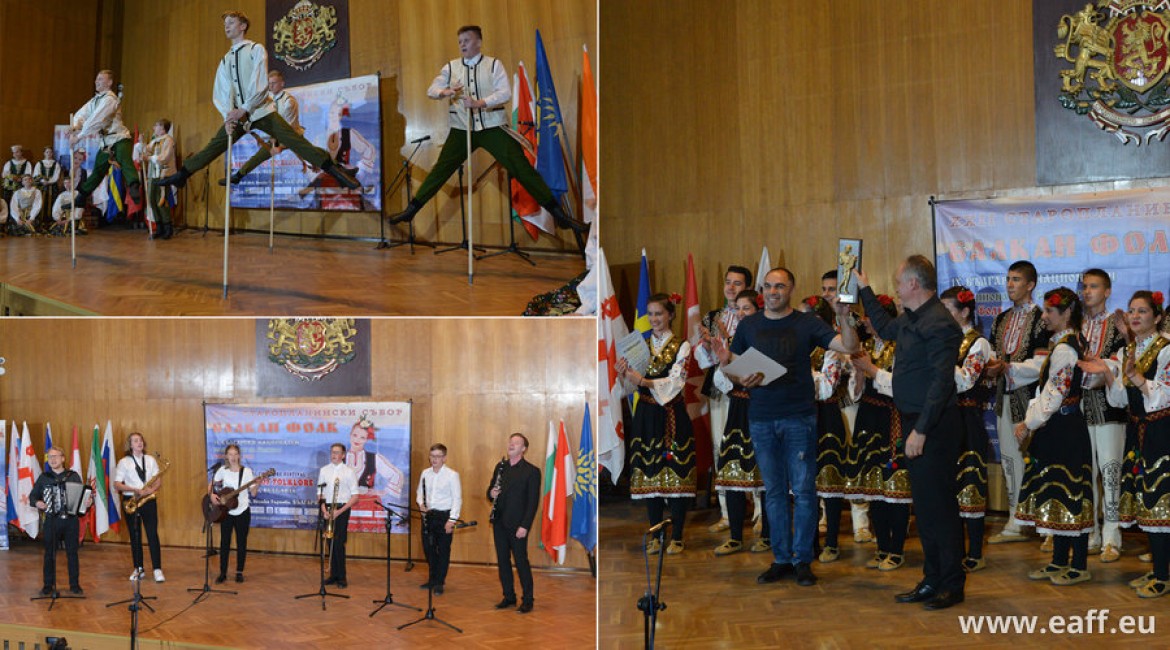 The XXII Stara planina Festival "Balkan Folk" was announced opened in the overcrowded hall of the Municipality building of Veliko Tarnovo applaused by hundred of spectators - participants and guests. Festival No.1 in Europe for traditional folklore arts is held simultaneosly with the IX Bulgarian National Championship of Folklore "Euro Folk 2018" and the III World Cup of Folklore - Veliko Tarnovo 2018.

Concert program of the first festival day was started earlier in the opening day. 42 groups and individual performers from Bulgaria, Lithuania, Sweden, Canada and Yakutia (Republic oh Sakha) presented their performances in front of the professional jury and the audience. A lot of prizes were awarded to participants in the three folklore formats, both of them - the Championship and the Cup with contest elements.

Dancers from Dance group "Praznik" - Sandanski (Bulgaria) were the first winners of nomination for the Grand Prix Golden "Orpheus" in the National Championship of Folklore.

The opening ceremony was attended by official guests:
Georgi Chukurov - organizer in the "Culture, tourism and international activities" Section in the Municipality of Veliko Tarnovo. He read the Congratulatory address on behalf of the Mayor of Veliko Tarnovo, Eng. Daniel Panov.
Kaloyan Nikolov - president of the European Association of Folklore Festivals - EAFF. He welcomed the participants and officially opened the large folklore event.

The face of this year's advertising campaign received a gift from the President of EAFF. The girl from the "Balkan Folk 2018" poster is Tsvetina Bambova from Ugyrchin (Bulgaria).

At the end of the first concert, children and youths from Folklore Dance Group "Zagorovche" - Septemvri (Bulgaria) started a traditional Bulgarian round dance and this way the Forums - Stara planina Festival "Balkan Folk", Bulgarian National Championship of Folklore "Euro Folk" and World Cup of Folklore - Veliko Tarnovo 2018 were involved in the International initiative "Roses of Bulgaria", dedicated on the Day of Saint Cyril and Saint Methodius on 11th of May.

Concerts are broadcasted live on the website of the official media partner of the events: tv.eurofolk.com.

Detailed schedule of the events, including the accompanying events, can be found HERE.