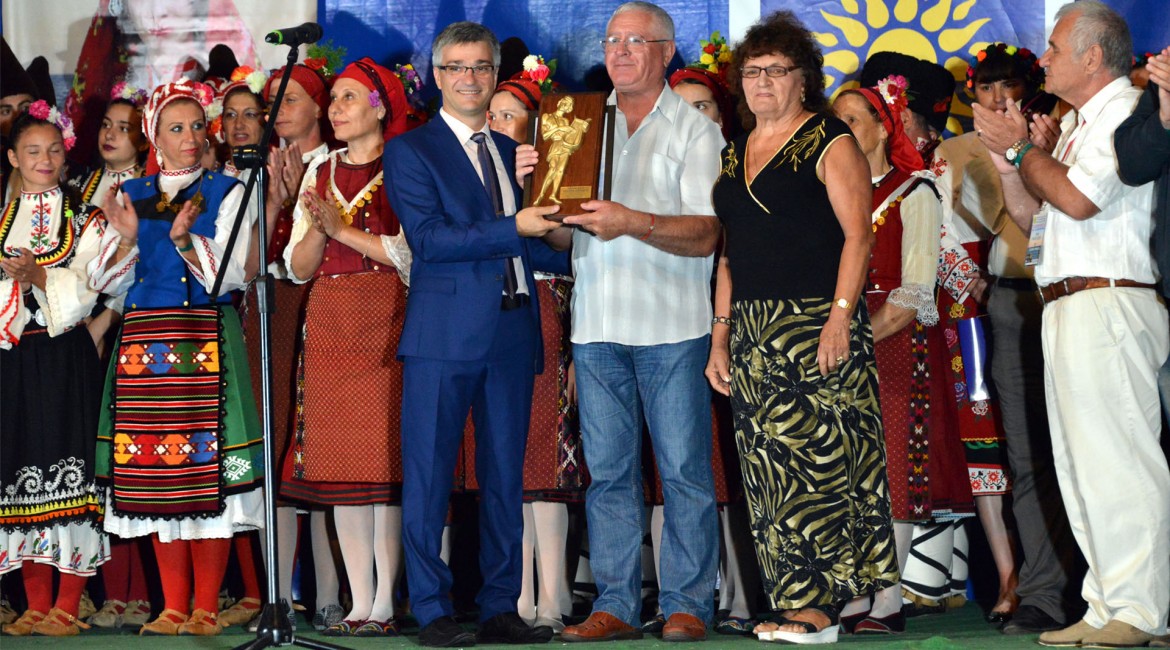 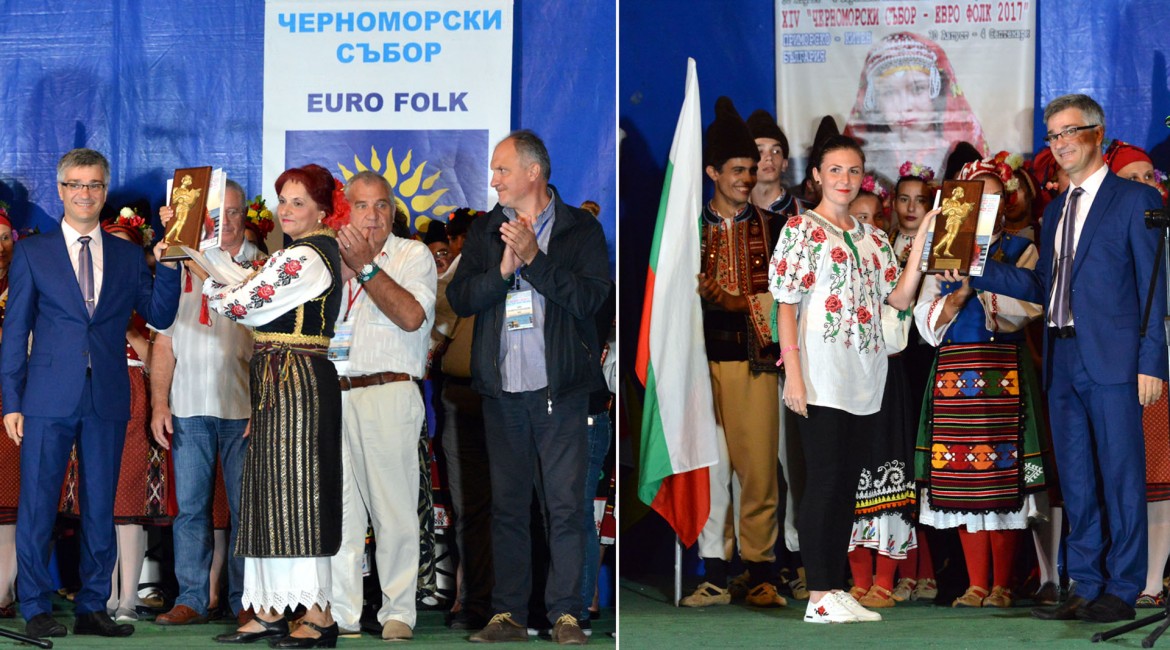 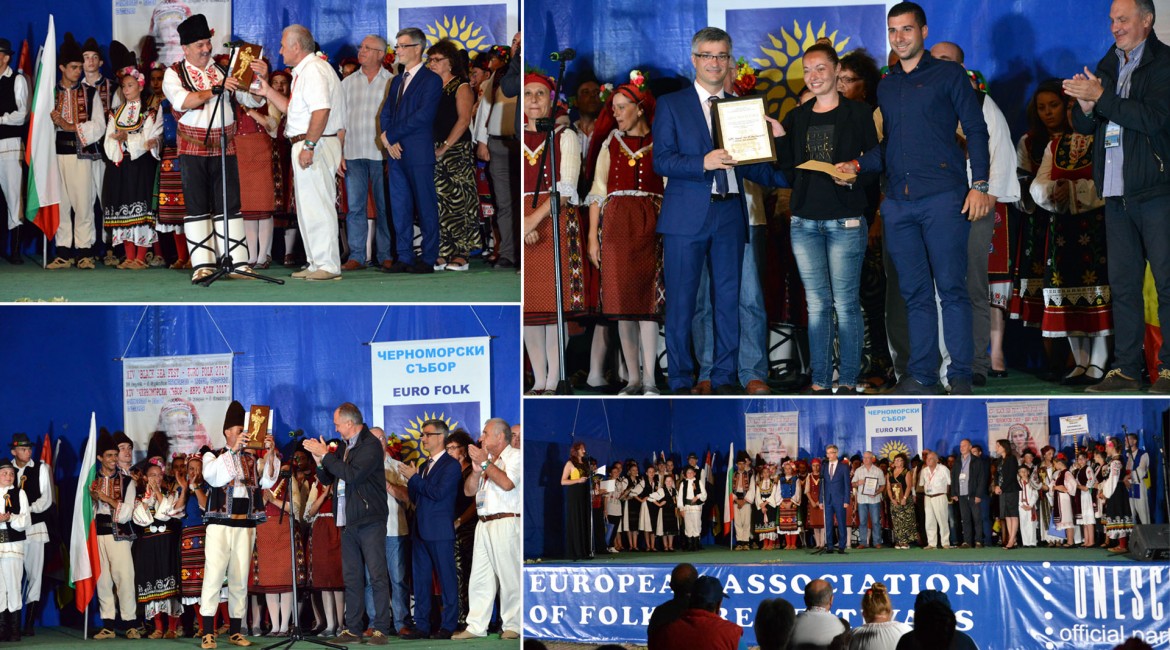 The final of the XIV Black Sea Fest "Euro folk" 2017 was announced by the president of the European Association of Folklore Festivals - EAFF, Kaloyan Nikolov. In the end everybody danced a traditional Bulgarian "Dunavsko horo" chain dance.