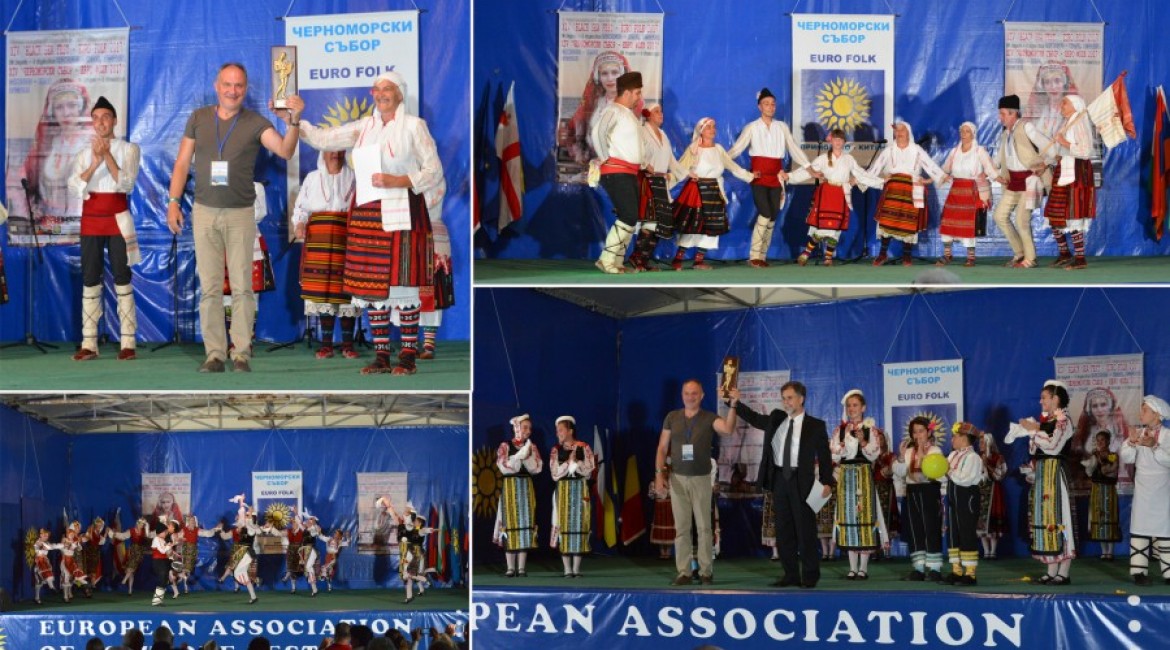 The performances of both groups were consecutive in the competitive days. The participants from Milanovo presented 6 round-dances in total: Zhikinata, Shterkolyovata, Varshechkoto, Vlashki, Gayda and Sitnoto. Their prize was determined by the jury in category "Authentic dances". The amateurs devoted their prizes to the 5th anniversary of their groups and 90 years since their community center was created.

Stefan Kostadinov's students created a real festival on stage with their performances of the Varnenski and Pre-wedding dances at their first performance. Their second performance was even more impressive and remembering. At the music by professor Milcho Vasilev and the choreography of Stefan Kostadinv they presented a musical and dance show "Polah ot sabora" which brought them the high mark from the jury in category "Processed dances".

Accompanied by rich genre and wide variety of ethnographic regions of Bulgaria, the third day festival night in Kiten went by. The audience's was taken away by the recreation of one almost extinct Bulgarian custom - "Irminden". The traditional making of "podnitsi" (round clay flat dishes, similar to plates) which our grandmas made, by wading into clay, so that they can cook bread in them. It was performed by Representative ensemble for spring folklore at Community center "Prosveta - 1925" vill. Lozen, Municipality Haskovo.

A big round of applause and deserved prizes were given to all of the performers on stage. In the last festival day there will be performances from groups and individual performers from 14 villages and cities in Bulgaria as well as the guest groups from Galac and Katina (Romania).

The official end of the festival is tonight. The concerts are broadcasted live by internet television Eurofolk TV which is the main media partner of the event - tv.eurofolk.com. XIV Black sea fest "Euro folk" 2017 takes place from the 30th of August until the 4th of September. Main organizer is the European Association of Folklore Festivals - EAFF, official partner of UNESCO.