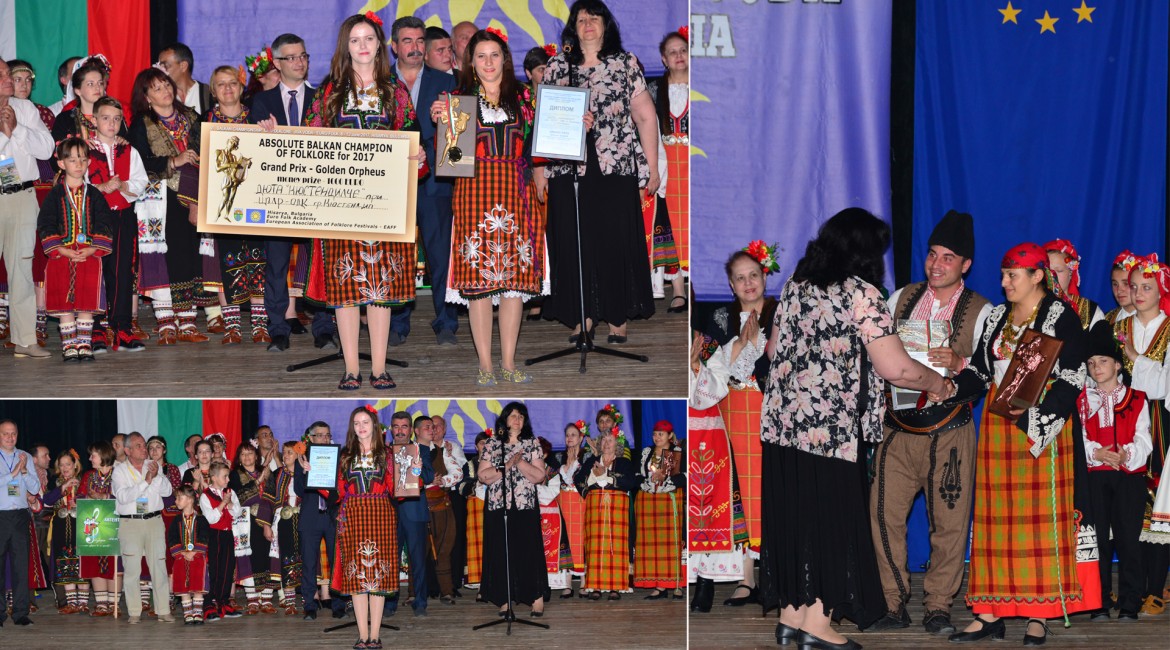 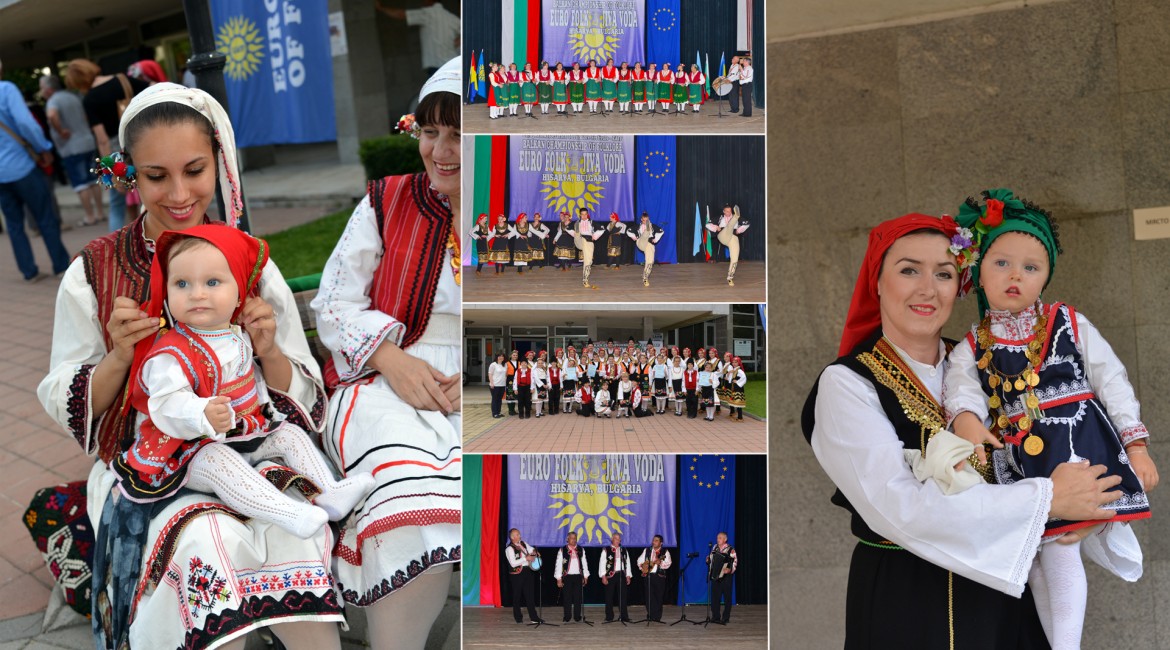 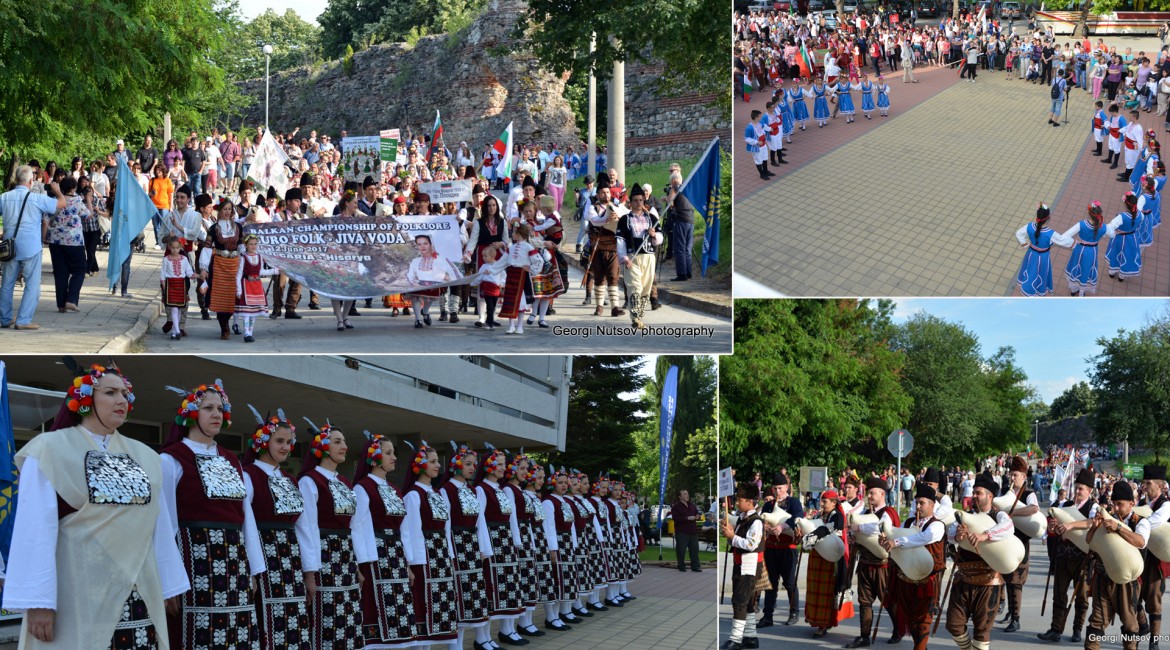 Golden Medal, Grand Prix Golden "Orpheus", the title Absolute Balkan Championship of Folklore in 2017 and the cash price of 1000 Euro were awarded to the Children's-Youth Dance Ensemble "Kyustendilche" from Kyustendil (Bulgaria) during the VI Balkan Championship of Folklore "Euro Folk - Jiva Voda", Hissarya 2017. Students of Rangel Madzharski presented their program on the third day of the championship and impressed the audience and the jury with wonderful performances.

Ensemble of Folklore songs "Kitka sharena" at "Prosveta" Community centre from Katuntsi village, Sandanski municipality (Bulgaria) won the silver medal of the Championship as well as Silver "Orpheus" and the title Absolute World Vice-champion in 2017. Their art director is Eftim Zaykov.

Third winner became the Bagpipe group "Rodopchani" at "Gogo Mavrov 1930" Community center from Plovdiv. They won the Bronze "Orpheus" and bronze medal from the Championship. The group's exciting performance brought them high assessments of the jury. They were awarded by Eng. Penka Doykova - mayor of Municipality of Hissarya.

The VI Balkan Championship of Folklore held from 8th till 12th of June in the old Bulgarian town of Hissarya which was attended by 200 groups with about 2000 participants. Besides children, youth, female and mixed groups, this year there were more male formations. Among the new ensembles involved in the Festival of Musical Feasts - Euro Folk, was also the Men's folklore group from the village of Zmeica, Dospat (Bulgaria). The first performance of the talented singers and musicians brought them a Golden medal and Diplomas for honorable presentations.

10 groups in total were nominated for the Grand Prix:

During the last championship day 50 medals were awarded - 23 golden, 16 silver and 11 bronze. Within the four days of folklore competition the jury awarded 86 performers with golden medals, 57 with silver medals and 48 with bronze medals. Tens of groups, individual performers and art directors won medals, diplomas, laureate distinctions as well as diplomas for "Discovery" and "Maestro".

"I would like to thank the Municipality of Hissarya and all managers who cooperated over the years in organizing and carrying out the "Euro Folk - Jiva voda". I am grateful for the support of the leadership of "Ivan Vazov 1904" Community center. I would like to thank all the participants - from the youngest to the oldest, all the artistic directors and all the parents who devote time and energy to preserve folklore - the foundation of all other arts, the basis for the identity of each nation, based on goodness and love in every human heart. Folklore is the best, preserved thousands, thousands of years, that has come to us. And it is our responsibility to give it to our children," said Kaloyan Nikolov, president of the European Association of Folklore Festivals at the official closing ceremony of the Championship.