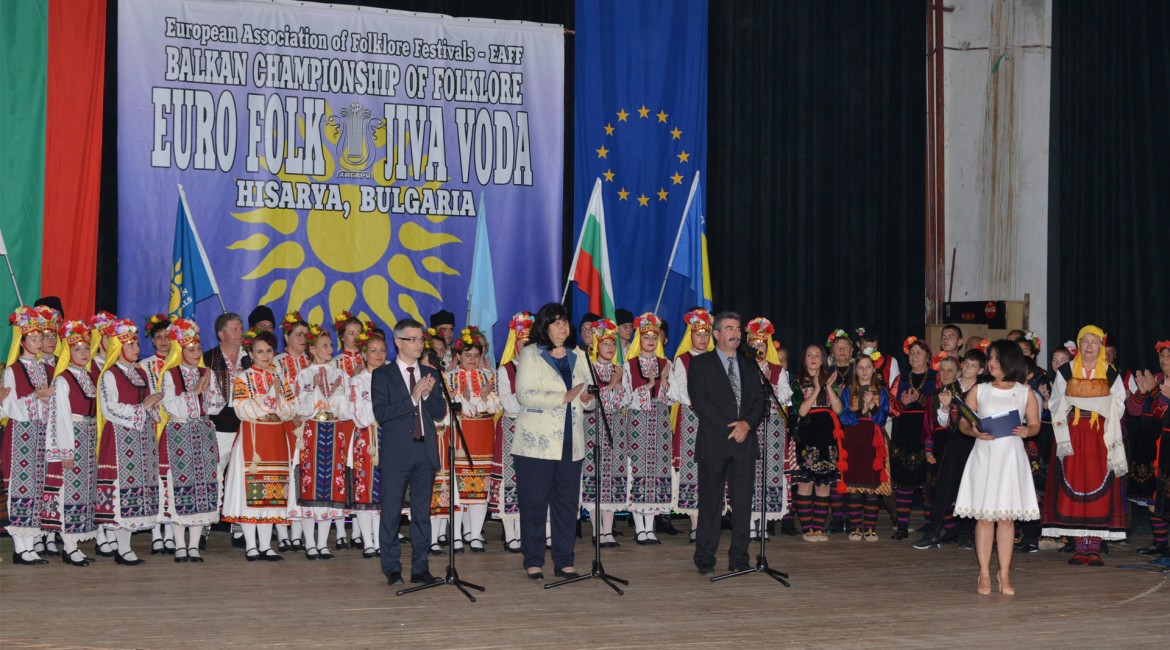 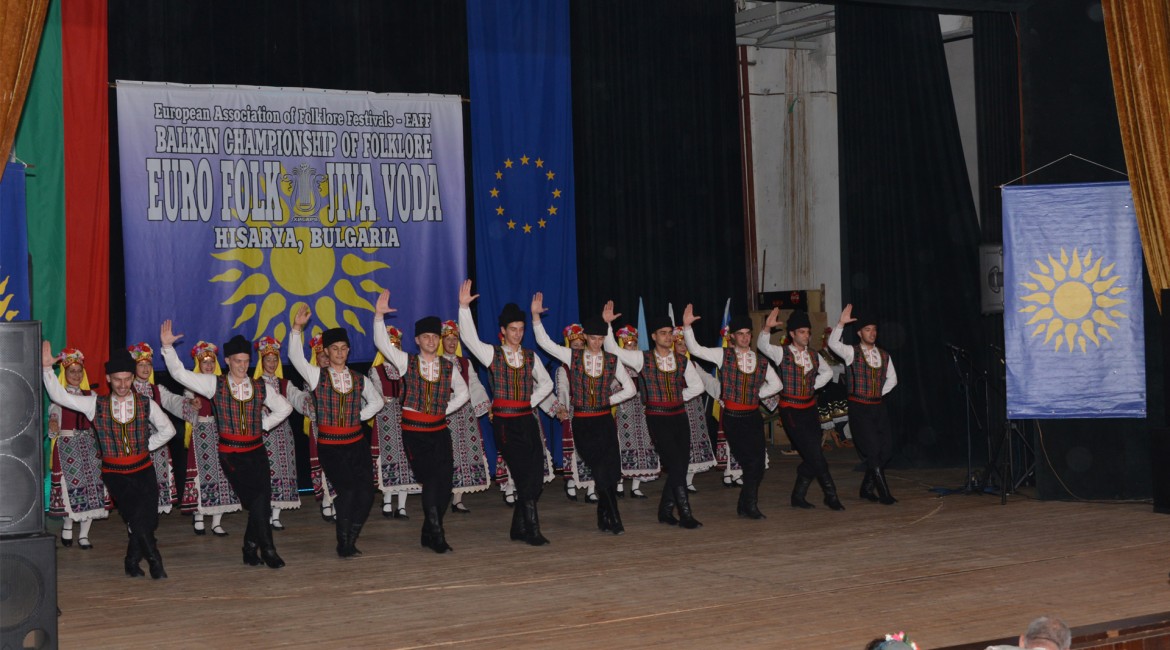 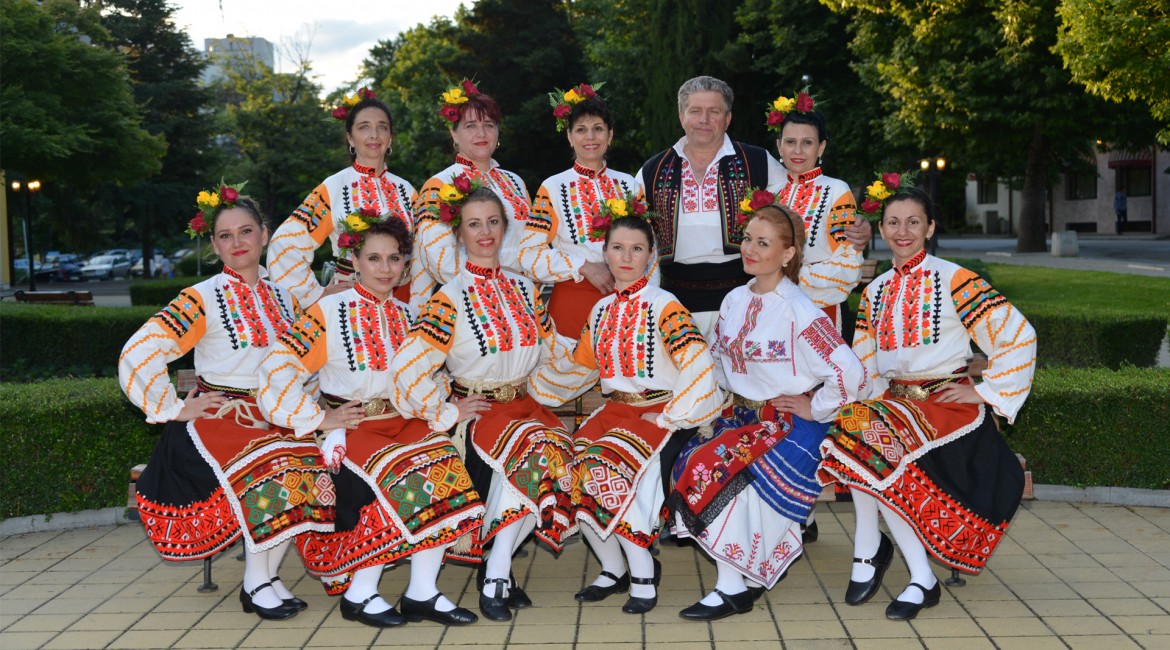 The VI Balkan Championship of Folklore "Euro Folk - Jiva voda"  – Hissarya 2017 was officially opened. Around 400 singers, musicians and dancers performed in the first day of the competition. “In the coming days, Hissarya will be the spiritual capital of Bulgaria, because of the Bulgarian spirit, which you all carry in your hearts and which we all need.”, said the director of the festival Georgi Topuzliyski to the participants.

Eng. Penka Dimitrova Doykova, mayor of the town of Hissarya, greeted all participants with “Welcome to our beautiful and ancient town” and wished them to “create a wonderful mood”. She thanked the participants who accepted the invitation of the organizers to join the traditional folk event and to contribute with their talent for preserving our customs, traditions and culture.

Kaloyan Nikolov – president of the European Association of Folklore Festivals – EAFF, gave the start of the folklore competition. He thanked all the organizers for the work involved in the realization of the large-scale event and the participants who expressed their performances with the soul of their ancestors, carrying the strength to continue and build.

“I wish all of you success and strength to continue to preserve the important work of your ancestors!”, said Kaloyan Nikolov in his welcoming speech.

More than 200 groups with about 2000 participants will take part in the 4 competition days at the Balkan Championship this year in Hissarya. The jury evaluates the participants in 9 genre categories and 2 age groups.

Performers will receive certificates, diplomas, Laureate titles, prizes, gold, silver and bronze medals, the titles “Balkan champion” and “Balkan vice champion”, titles “Maestro” and “Maestro academician” for distinguished artistic directors, nomination for Golden “Orpheus” - the Grand Prix of the championship. According to the level of performances, the participants will also receive points for ranking in the World Rankings list of Folklore. The winner of the Championship will receive the Grand Prix Golden "Orpheus" and the title “Absolute Balkan champion of folklore for 2017” and also will receive the money prize of 1000 Euro, provided by the Municipality of Hissarya.

On the first day, the jury awarded with medals 24 groups and individual performers: by 7 gold and bronze and 10 silver. Much of the medalists were participants from Hissarya and the region.

The highlight of the evening was the performances of two dance groups, which were loudly applauded by the audience – Ensemble “Sedenchitsa” at Association “Folkloren svyat Sedenchitsa – Plovdiv” – Absolute Balkan Champion for 2015 with artistic director Neli Karabahchieva and DFC “Hisarski ritmi” at “Ivan Vazov – 1904” Community Center – Hissarya. In 2014 EAFF has honored Rangel Nedelchev – adtistic director of the group with with the title &maestro-academician& for contribution to the preservation and development of folk art, as well as dignified and with high artistic values presentation”. “Hisarski ritmi” has participated in all editions of the festival “Euro Folk – Jiva voda” and has received the highest evaluations and awards of the Jury. From this year, the hosts have decided not to participate in the competition part of the festival, but with their performance on the stage, they excited all those people, who bring the native Bulgarian folklore in their hearts.