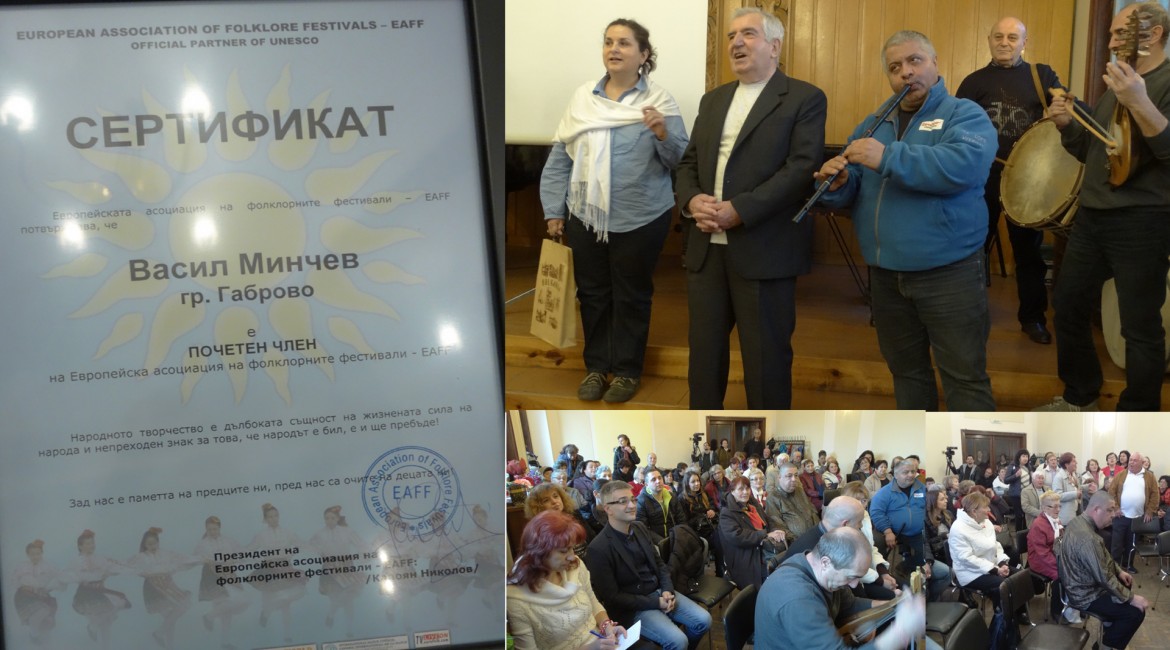 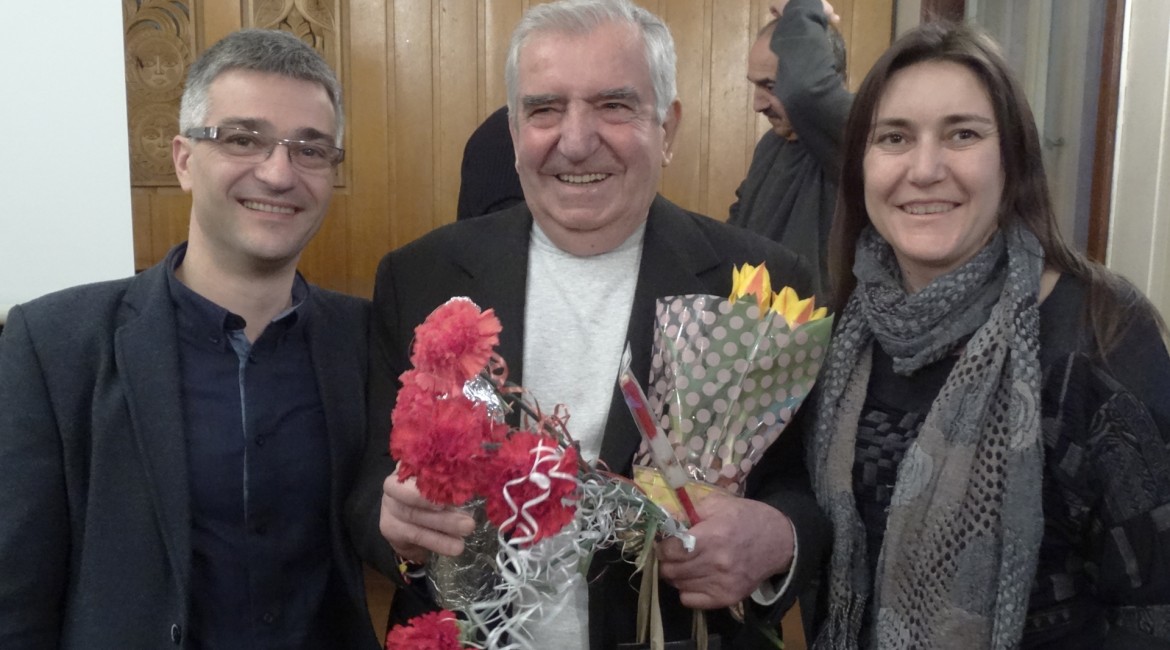 Vasil Minchev - known singer of folklore songs from Gabrovo had double celebration - birthday (75 years) and 60 years on stage. He is member of the Group for spring folklore "Totka Shandurkova" at "Gabrovo 2002" Community centre. The celebration was held in House of Culture "Emanuil Manolov" in his home town where he welcomed his guests - relatives, friends and supporters.

During the meeting were presented excerpts from a documentary about the performances of the folk singer glorified the town of Gabrovo on all Bulgarian scenes and dozens beyond Bulgaria and the special participation in the show of the studio "Eurofolk TV" - "Folklore table".

The event was held in a friendly atmosphere, created by the stories, shared impressions and memories, songs and congratulations. Official guests of the event were Kaloyan Nikolov - president of the European Association of Folklore Festivals - EAFF as well as representatives of the team, who made the movies and the show with participation of Vasil Minchev.

Kaloyan Nikolov congratulated Mr. Minchev and wished him to continue his deeds and to give the songs onto the younger generations for many more years. The president of EAFF reminded that the first appearance of Vasil Minchev in the Festival No.1 in Europe for folklore arts - Stara planina Fest "Balkan Folk" was in 2001.

For his performances on the stages of Musical Feasts "Euro Folk" and on the occasion of his creative anniversary, Vasil was awarded with the title "Honorary member of EAFF." The President of EAFF personally gave him the Diploma.