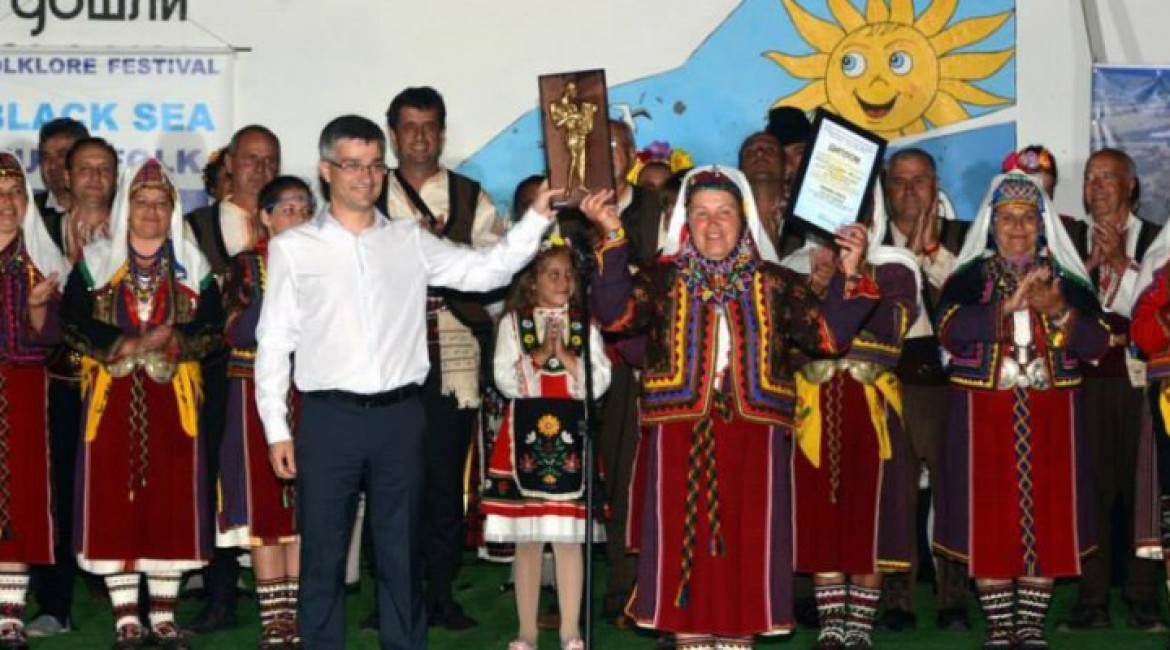 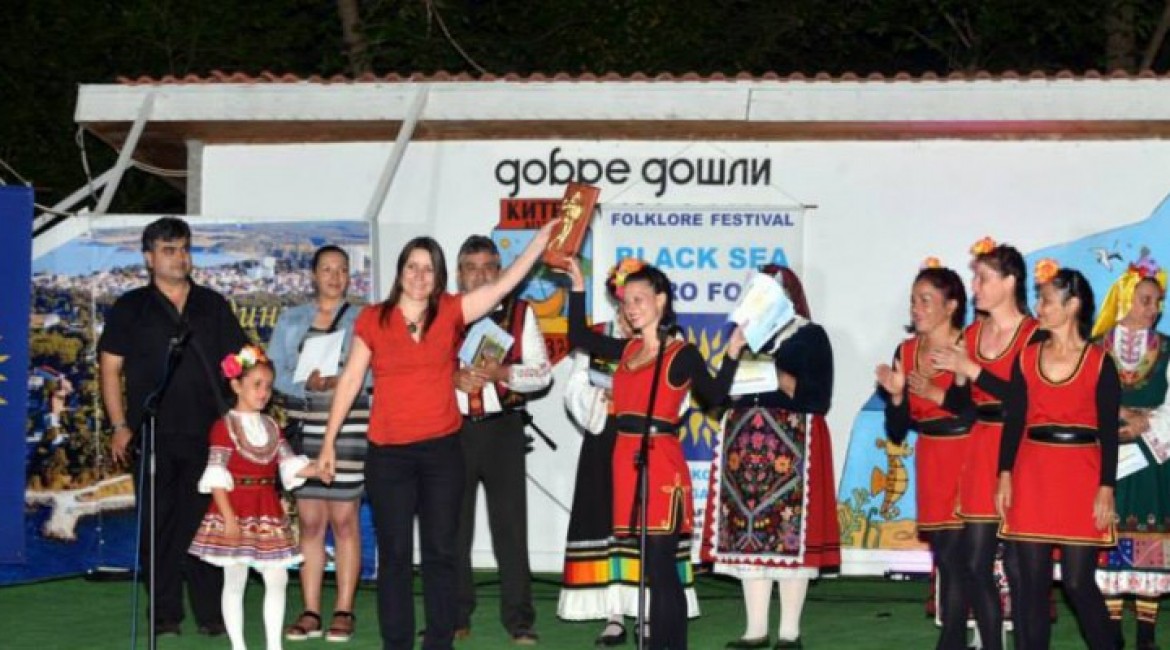 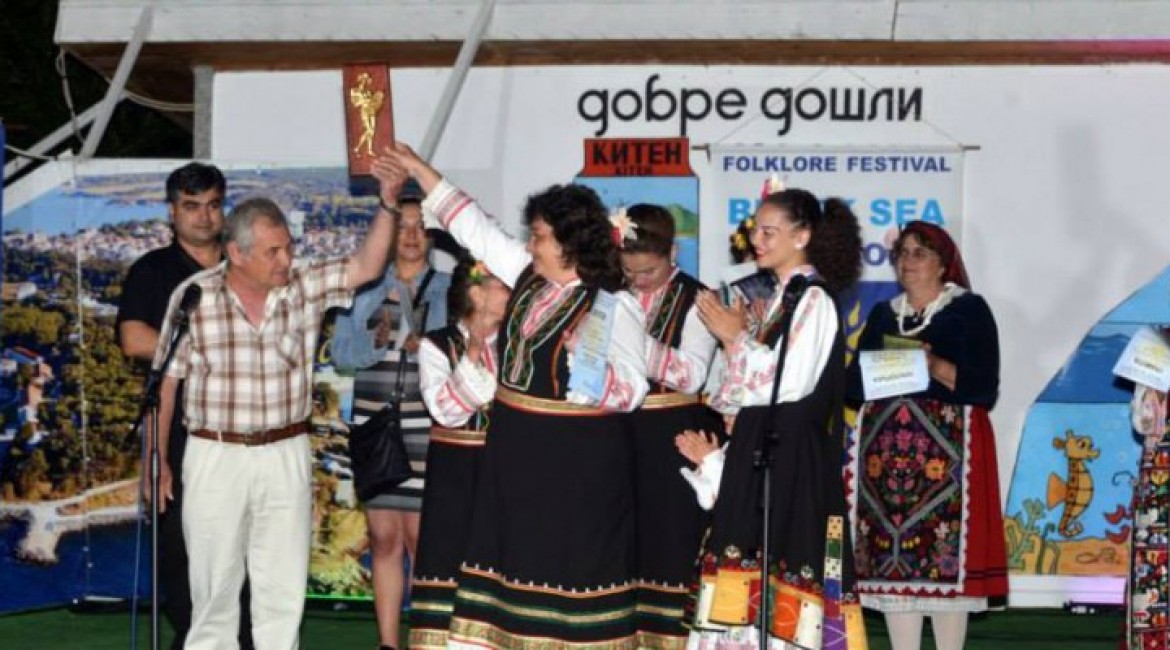 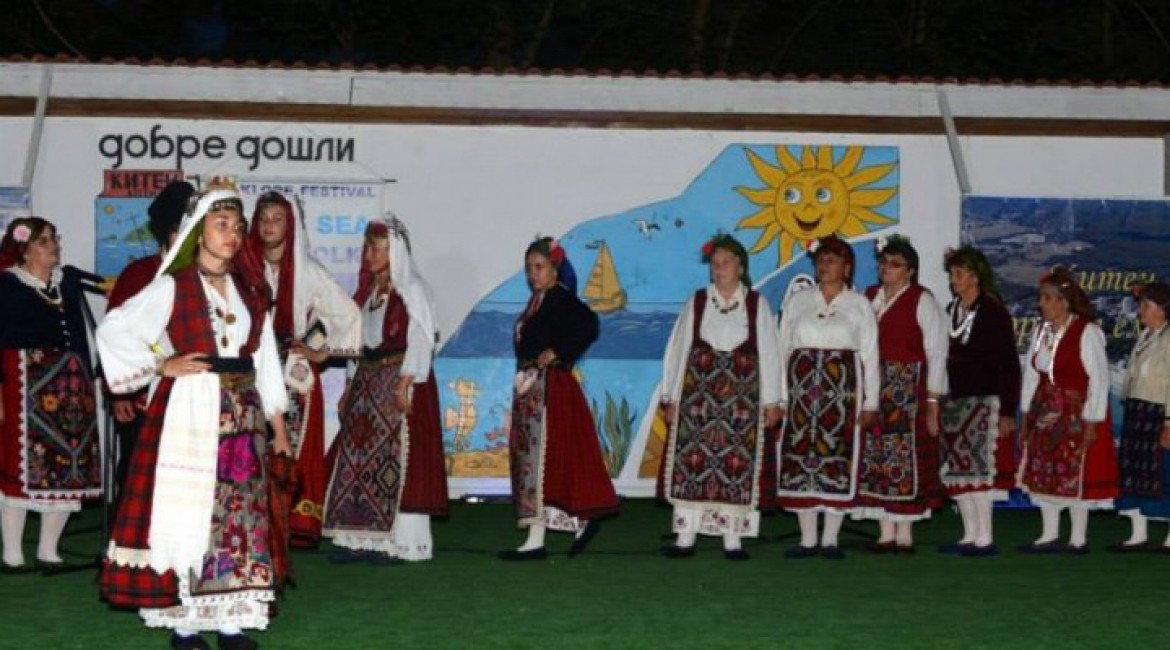 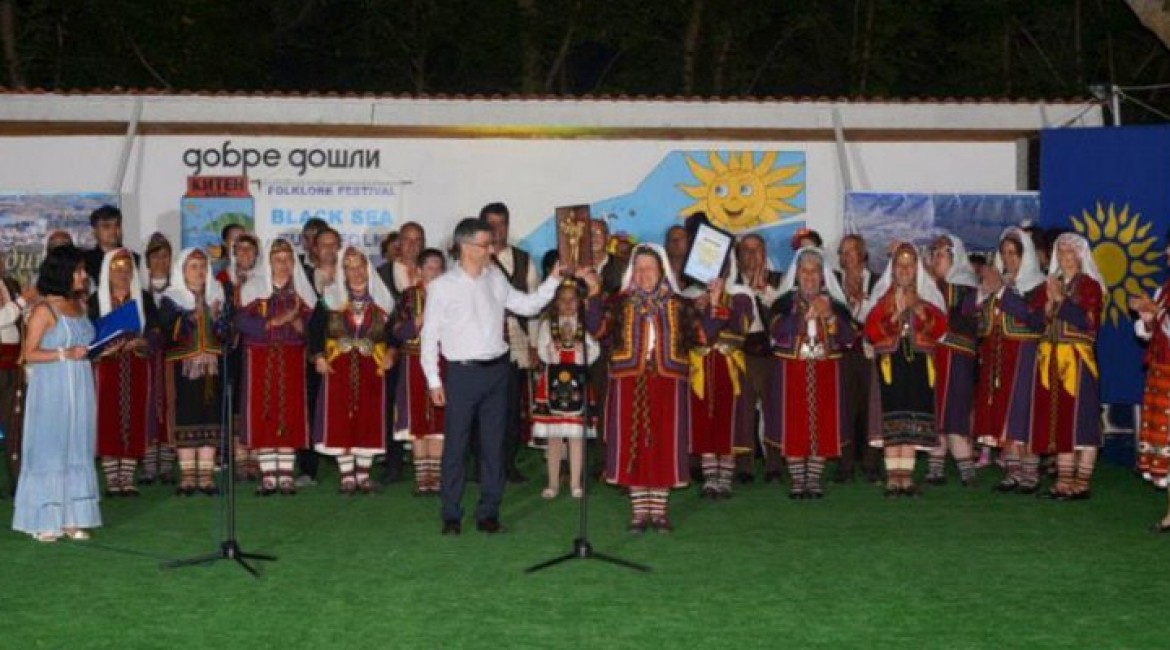 The ensemble for spring folklore "Izvorche" from Krumovgrad was awarded with the Grand Prix Golden "Orpheus" in the XI International Folklore Festival "Euro Folk - Black Sea 2015".
The president of European Association of Folklore Festivals (EAFF) Mr. Kaloyan Nikolov gave the award to the winners after the final performances of the collectives at the Summer Stage in Kiten.

The dancers from "Studenena Traditsiya" from Dolna Studena village, Ruse region took the first prize in category for Dance Groups. For their artistry in performances of dances "Shopska suita" and "Nadigravane", non-proffesionals received laureat distinction and special diploma for succession between the generations in the name of Iliyan Nikolov - creator of Musical Feasts, and Euro Folk- Black sea is part of them. The prize was awarded by Mrs. Mariana Nutsova - director in "Eurofolk" TV.

Two groups were awarded with golden "Orpheus" in the category "Processed Folklore" - Female folklore choir at Community Centre "Razvitie-1902" from Merdanya, municipality of Lyaskovetz - they performed also authentic songs and the Folklore Formation "Veselina" at "Razvitie-1879" Community Centre from Sevlievo.

Interesting was the program of Female vocal group "Manastirska kitka" at "Iliya Dobrev" Community Centre from Manastir village near Varna. They presented the custom "Rizarki", authentic folklore songs and impressive parade of authentic national costumes from the end of XIX century. 13 women paraded at the scene in typical for that time wedding, children's, festive girlish and feminine costumes and festive folk costumes, dressed for Easter and St. George. Traditions and authentic fashion show brought the group a special award for the preservation and development of cultural heritage.

Laureates of the festival became the performers of Ensemble for Folklore Songs "Panayot Volov" from "Dobri Voinikov" Community Centre from Shumen. All awarded groups and individual performers received points for the world rankings for folklore, as well as recommendations for participation in the European and World Championships of Folklore in Nessebar and Sunny Beach.

"Without you "Euro Folk - Black Sea" wouldn't be a fact. Continue to transmit the roots of folklore to our children in order to keep us as a nation in the future". EAFF president Kaloyan Nikolov said that at the closing ceremony of the 11th edition of the festival and wished the participants to be together again in the coming years on the stages in Primorsko and Kiten.

Traditionally, the winners of the Grand Prix delighted again the audience with their performances and at the end of the folklore event was twirled big Bulgarian horo.

The first edition of International Folklore Festival "Euro Folk - Black Sea" was in 2005 and since then on stages in the towns Obzor, Tsarevo, Lozenets, Yasna poyana and Primorsko, talent and cultural identity were shown by thousands participants. Winners of the Grand-Prix were groups from Bulgaria, Russia, Latvia, Ukraine, Belarus and Azerbaijan.

This year hosts of the festival were the Mayoralty of Kiten, "Svoboda-1948" Community Centre and Primorsko Municipality. Main Media partner of the event was the worldwide internet television Euro Folk.