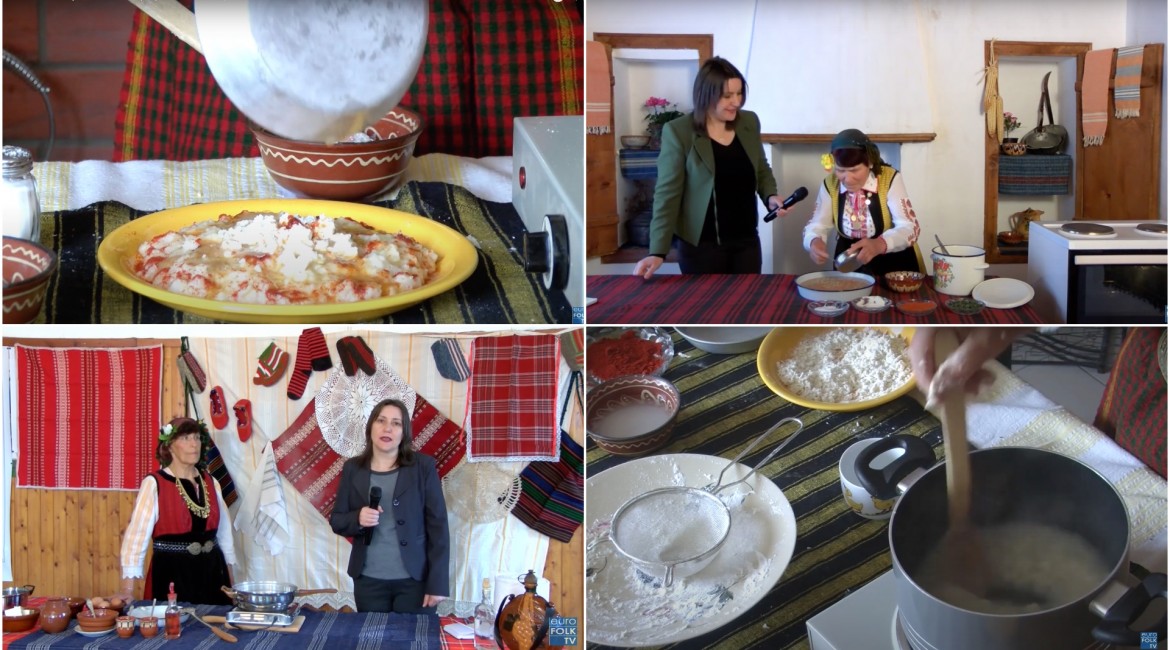 The team working on the third issue of "Folklore table" TV show in September invites the viewers to travel with them to the 3 villages in beautiful Trakia.

The route is going though the villages of Hisarya: Starosel, where you can learn how to make "polyati" eggs and Staro Zhelezare village, where you will see the recipe for "Fasul na gasto" (bean stew). Then the culinary tour goes to the town of Banaya where you will see how they make "Trienitsa trahana".

Watch the "Folklore table" TV show in the new week , it will be interesting!