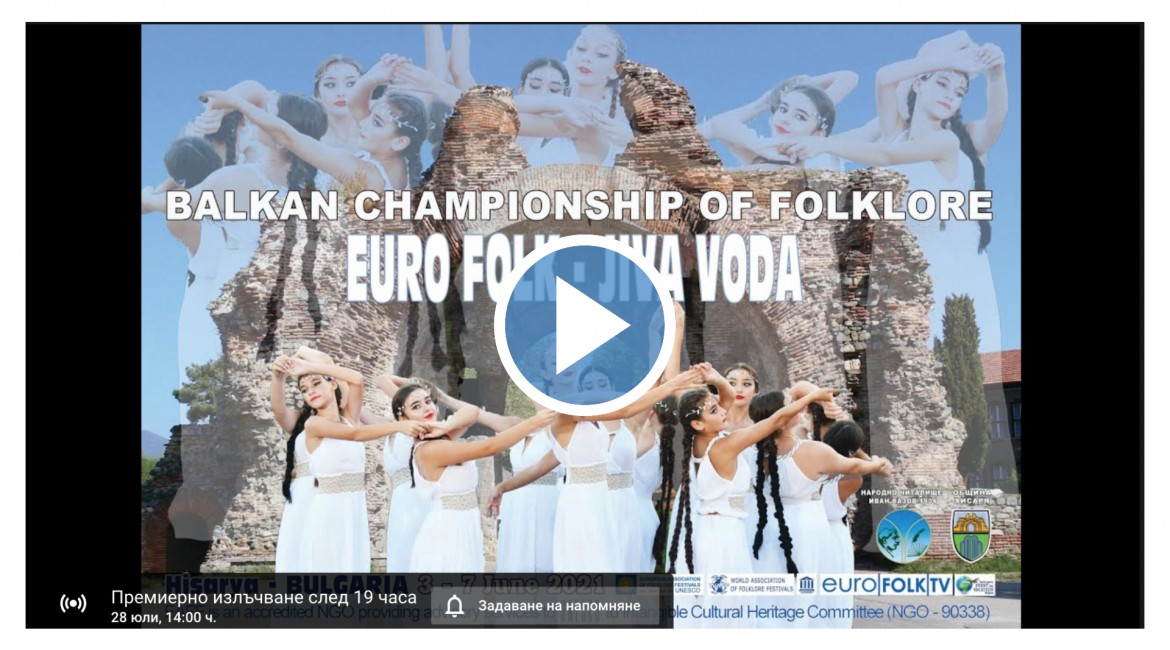 The newest movie, produced by the EuroFolkTV Studios is a fact. The premiere of the overview movie about the IX Balkan Championship of Folklore "Euro folk - Jiva voda" 2021 is forthcoming.

Camera operators that filmed the event held in the period 3 - 7 June on the stage of "Ivan Vazov 1904" Community center in Hisarya, captured the beauty and the colorfulness of the Bulgarian folklore costumes, songs and dances that were presented within the festival program.

With professional audio and television equipment, all the performances and interesting moments during the groups' presentations as well as interviews and backstage moments are filmed in the movie with a duration of 55 minutes. All the curious spectators can immerse themselves in the atmosphere of the folklore event.

The premiere of the movie, which also includes the speeches of the official guests and the awarding ceremony, will be broadcast on the official YouTube channel of TVEurofolk and on the website of EuroFolkTV on July 28th, 2021 at 14:00 (EET).

It is worth watching!