Traditions, customs, music and mood during the Christmas holidays 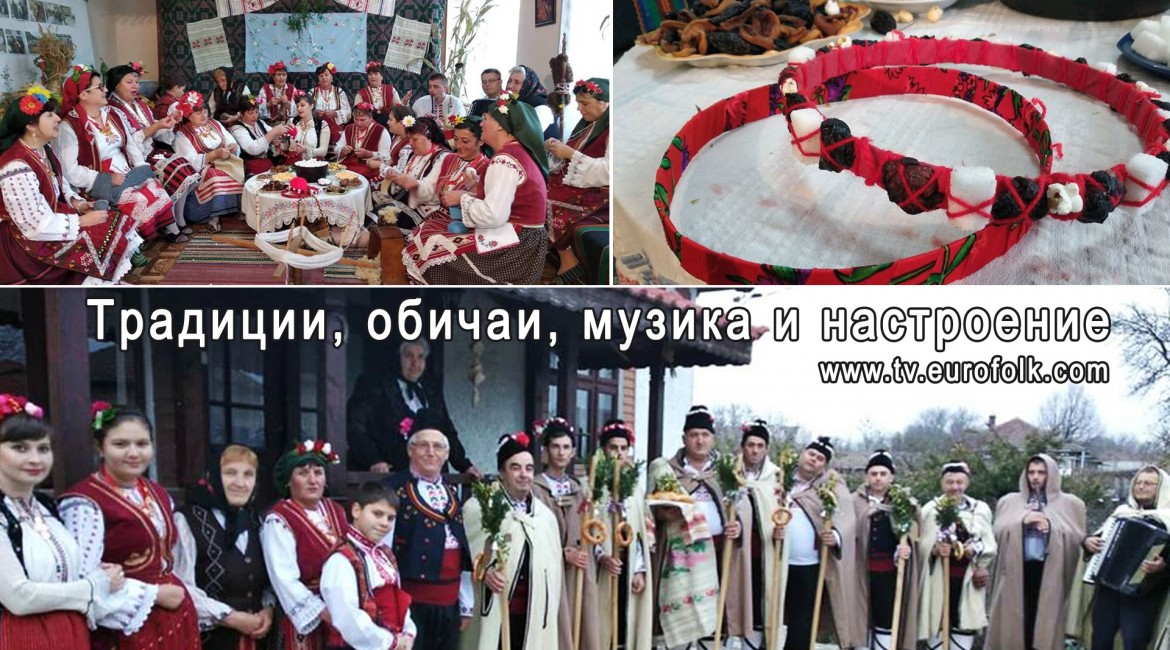 For a consecutive year, the festive program of EUROFOLK TV includes many music shows, songs and dances in harmony with the bright Christmas celebrations.

On 24th of December, when the Christians around the world celebrates the Christmas Eve, you can watch three of the weekly television shows, many musical movies and folklore highlights.

The last issue of the Children's folklore show "Izvorche" includes performances of talented children from different countries - Bulgaria, Georgia and Moldova. The show is dedicated to the children's groups winners in the Musical Feasts "Euro folk" 2018.

The last issue of "Balkan folk" will also be special. It will continue the idea of the previous issue - in two consecutive issues, the show will present performances of the winners in the 7th festivals and championships held in Bulgaria under the auspices of the European Association of Folklore Festivals - EAFF. Who are the winners in the European, the World Championships of Folklore and the Black Sea Fest you will learn in the final issue of the "Balkan folk" show.

The festive calendar of "God bless us!" show is dedicated entirely to the Christmas celebrations. They last three days and in the folklore calendar the celebrations begin with the Christmas Eve. We will together welcome the great news for the "joy that will be for all men" - the birth of Christ on 24th and 25th of December!

On 25th of December, you can watch also the "Songs for the soul" show". The issue includes performances of groups and individual performers - winners in the festivals and championships part of Musical Feasts "Euro folk". Singers from Veliko Tarnovo, Pleven, Lyaskovets, Mezdra, Polski Trambesh, Lovech, Debelets and Nizhnevartovsk (Russia) will add romantic and bright mood with their old urban and popular songs.

The program includes also the concerts of the Dancers from Professional Folklore Ensemble "Iskra" from Veliko Tarnovo - "Christmas fairy tail" and the Festive concert of Folklore Ensemble "Sedentchitsa" from Plovdiv that was held in 2017.

Enjoy and don't miss to learn more about the traditions in these days! The folklore artists from Varnentsi village will recreate them in two consecutive episodes.

You can check the program of Eurofolk TV HERE.