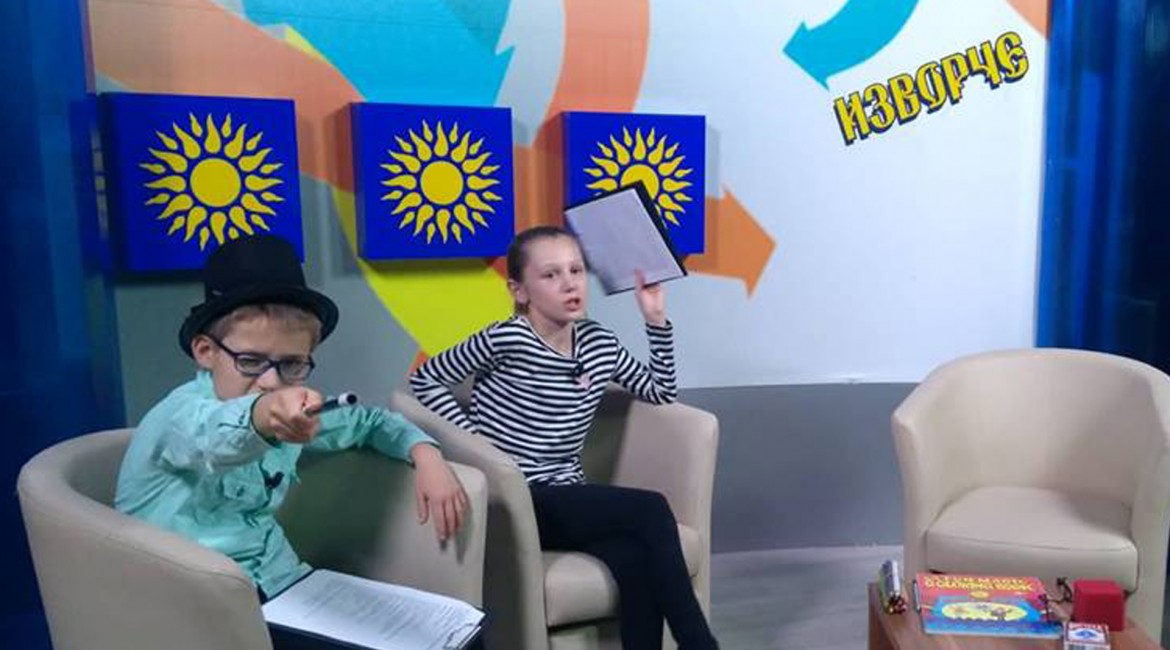 In November, the Children's folklore show "Izvorche" has a new host. Stilyan will be joined by Nikol, who replace the girls Stefi and Beni. In November, fans of the show will enjoy the performances of many talented children from Bulgaria.

In the first issue, you will meet Diyana Gateva - student in the National Shcool of Music and Dance Art in Plovdiv, sisters Tonika Andreeva and Ivelina Andreeva from Glogovo village, whose artistic director is their mother - Rumayana Maneva. You will also meet the dancers from Children's dance group "Belenche" from Byala (Varna region). The issue will show you also the instrument "gadulka".

Second issue of "Izvorche" show will be filled with many songs and dances. Mariya Givecheva from Rakitovo, the School of folklore dances at the Children's complex Belogradchik and the Group for folklore songs from Asenovgrad will present part of Bulgarian folklore heritage. The artists from Folk - Circus studio "Arlekino" from Chernomorsk, Ukraine will show how they combine folklore and circus performances.

Fun will be the highlight of the third issue of the show. In the workshop of "Izvorche", Nikol and Stilyan will show what they can do with chestnuts, plasticine and toothpicks. You will also have to look carefully at the "Mystery" part of the show so that you can answer the question correctly. The charming hosts will introduce you Ensemble "Burji" from Batumi, Georgia.

Those of you who miss watching shows in regular time can do it in the YouTube's Eurofolk TV channel.