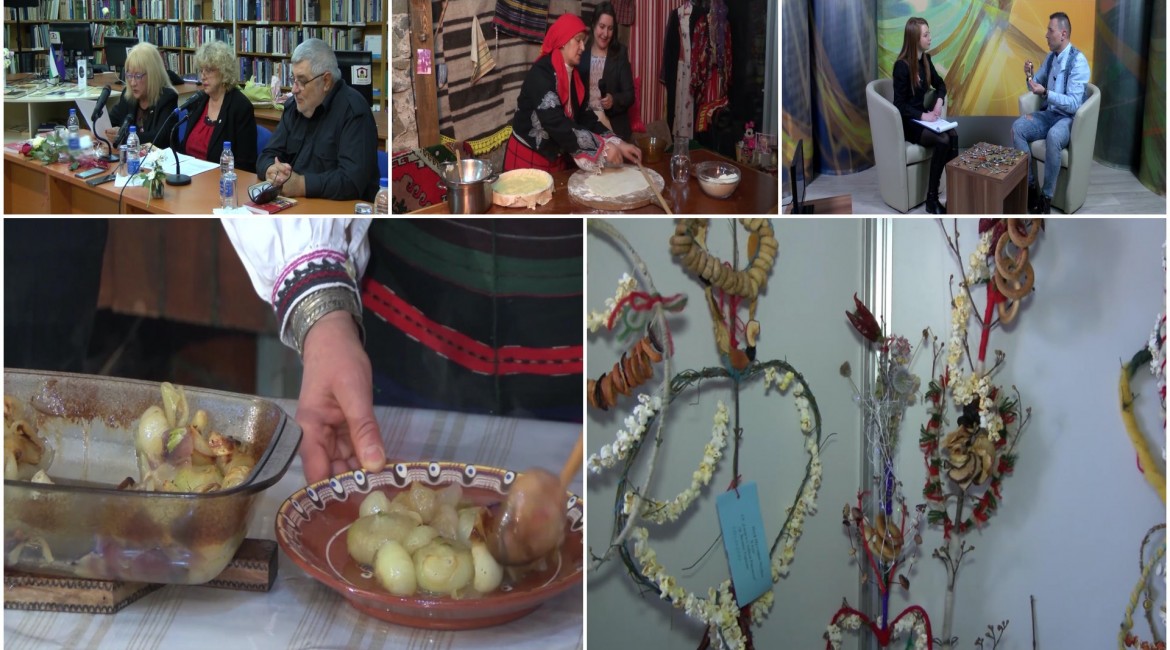 The beginning of the new year is the most appropriate moment to review the past year. Since its creation until now, the "Folklore table" TV show makes this kind of report in January.

This means that in the first month of the year, the fourth issues of the show each week will include a video compilation of the most interesting moments of the show presented in 2020.

The video review of the February editions shows that we have witnessed the official presentation of the Collection "The Taste of Time. Culinary puzzle from the region of Veliko Tarnovo '', published by "Nadezhda - 1869" Community center, Veliko Tarnovo. We will remind you of a recipe and a song from the stay of our team in Zmeytsa, where we shot the film about the Male Folklore Group and the Folklore group "Zmeychani".

In the first March issue of our program in 2020 we met Miroslav Dechev - a TV journalist from Veliko Tarnovo, writer, poet, photographer and publicist. Let's remember his other role - as a collector's souvenir spoons from almost all over the world.

We will also watch the visit of our team in the town of Byala, where we came across several real finds from the culinary and musical traditions of the Ruse region.

At the end of the show we will present the exhibition "From Christmas to St. Basil's Day", which every year is housed in the lobby of the Municipality of Veliko Tarnovo and is organized by the Municipal Children's Complex with the assistance of the Regional Historical Museum of Veliko Tarnovo. The exhibition is competitive and children from different towns and schools in the municipality take part in it.