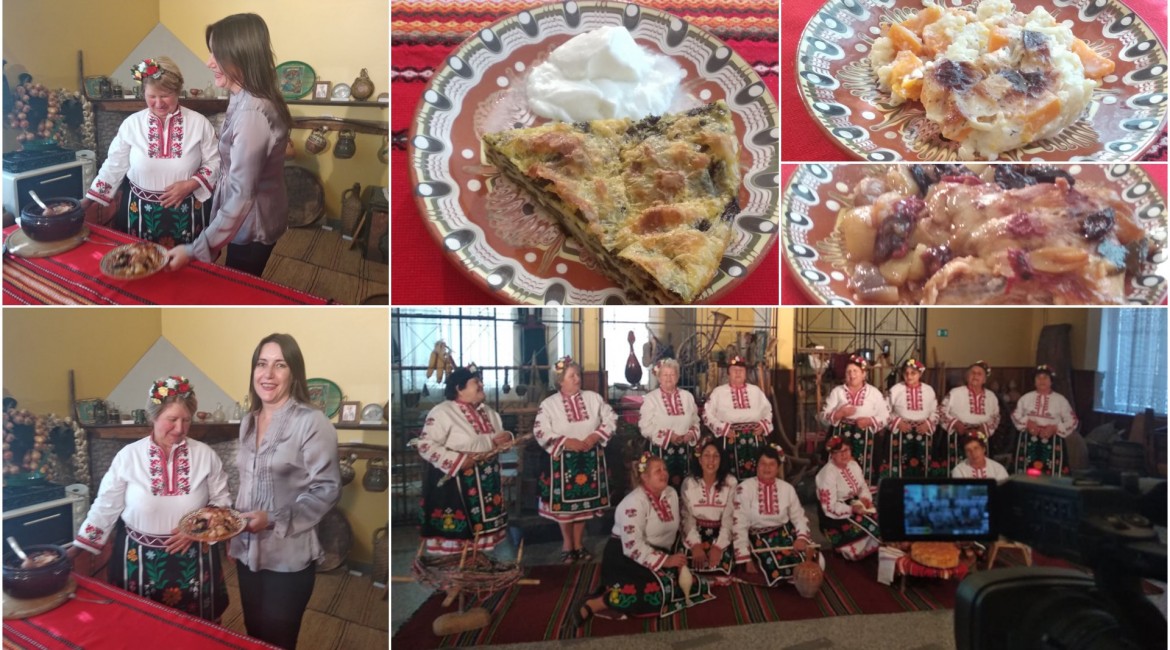 In the upcoming edition of "Folklore table" TV show, the team of EurofolkTV invites you to join the culinary and musical adventure filmed in the village of Sushitsa, region of Strazhitsa.

The edition is a continuation of the first December show, which revealed a series of recipes for the St. Nicholas celebration table.

The local delicious dishes again attracted the interest of our cameras, and this time we filmed three dishes - Lopushnik, Pumpkin with rice and "Popska yahnia" (a stew with prunes).

Our team would like to thank Ms. Nadka Nikova, Mayor of Sushitsa, who assisted in organizing the filming day in the village, as well as the Folklore Group and the entire administrative staff of "Stancho Stanchev 1896" Community Center.

In addition to the secret of preparing delicious recipes, you will also discover the beauty of authentic songs typical of the region!