Both forthcoming editions of the "Folklore table" TV show in November will emphasize on the canning of foods for the winter, presented in Debelets 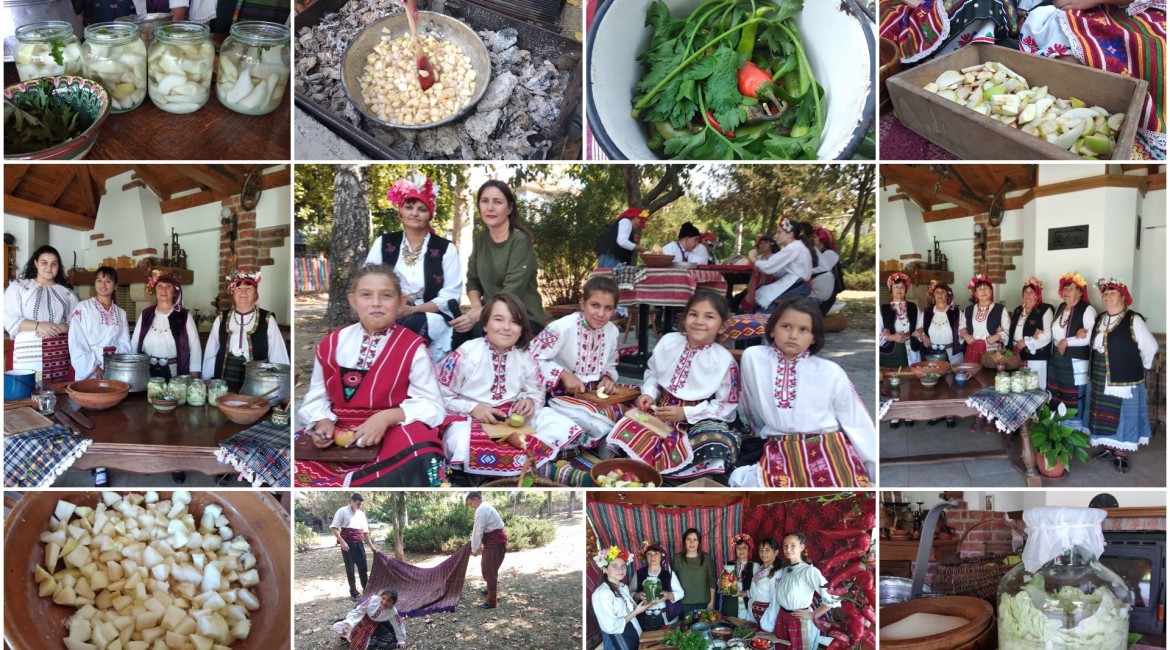 First and second November editions of the "Folklore table" TV show will show you numbers of recipes for pickles accompanied by musical performances of Folklore group "Rosen zdravets" at "Sagasie - Debelets" Community center in Debelets. Artistic director of the vocal group is Anka Nikolova. Children and youths from the Children's theater studio "Smehoran" at the same community center also were included in the cooking.

Some of the recipes are filmed in the house of Manevi family in Debelets, and others - in the park of Debelets where is located a gazebo, made under the project "Chitalishte v besedka" (Community center in a gazebo), funded by one of the largest telecommunications companies in Bulgaria.

In the first edition you will learn how to prepare pickles and cabbage. You will also watch the interview with Mrs. Yuliana Stefanova, secretary of the Community center.

Watch "Folklore table" in the second week of November, because then the show will continue to focus on canned food prepared in the town of Debelets. The second series of recipes will reveal the secret of making jam, compotes, dried fruits and peppers.

The team of EurofolkTV thanks for the cooperation and dedication in the organization the filming day of Mrs. Sabka Ilieva, Mrs. Juliana Stefanova from "Saglasie - Debelets" Community center and the Manevi family.