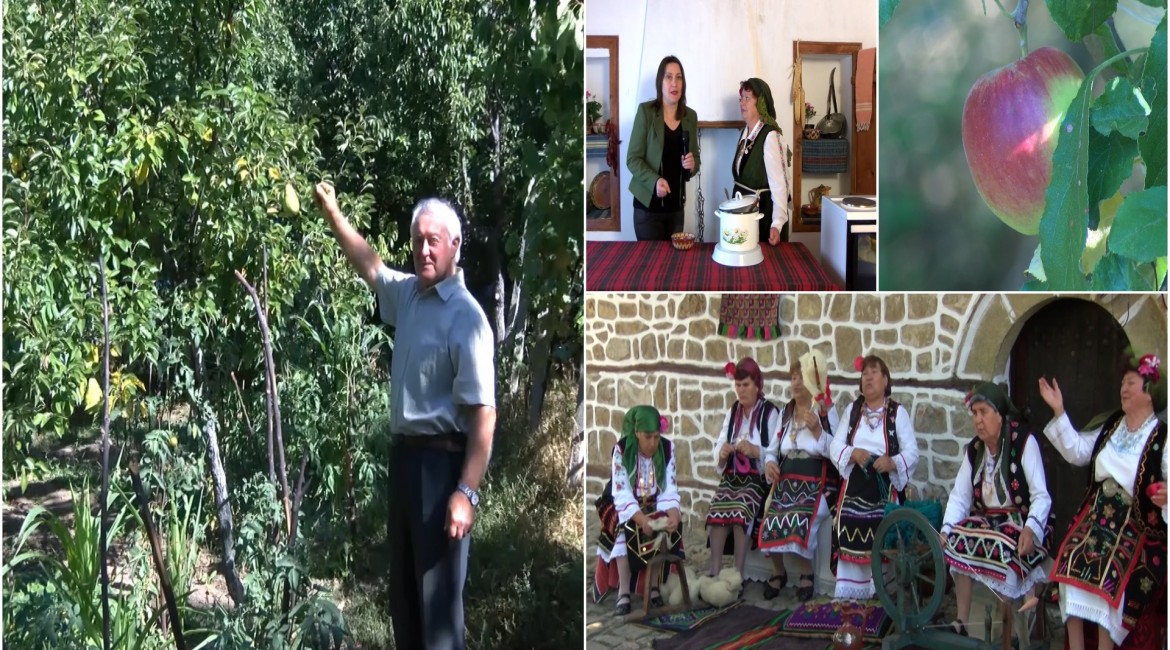 We will meet the viewers of the first October edition of "Folklore table" TV show with Ivan Getsov from the village of Belyakovets, region of Veliko Tarnovo. He is a fruit growing enthusiast, who inherited his knowledge of growing fruit from his older relatives. The main character has more than 100 fruit trees in his garden. Apart from this passion, Mr. Getsov is also interested in other traditional activities such as beekeeping, mushroom picking and fishing.

The script of the TV show also includes a recipe from the region of Hisarya, which shows the secrets of making the so-called "klinka".

The "Ethno finding" part of the TV show, you will meet Folklore group "Rosna kitka" from Starmen village, Ruse region, watching the premier of their newest video filmed in Arbanasi village near Veliko Tarnovo.

The useful information about fruit growing and the culinary proposal using fruits in the Bulgarian cuisine are alternated with folklore performances.

You can watch "Folklore table" TV show on the website of EuroFolkTV on October 3rd, 2020.