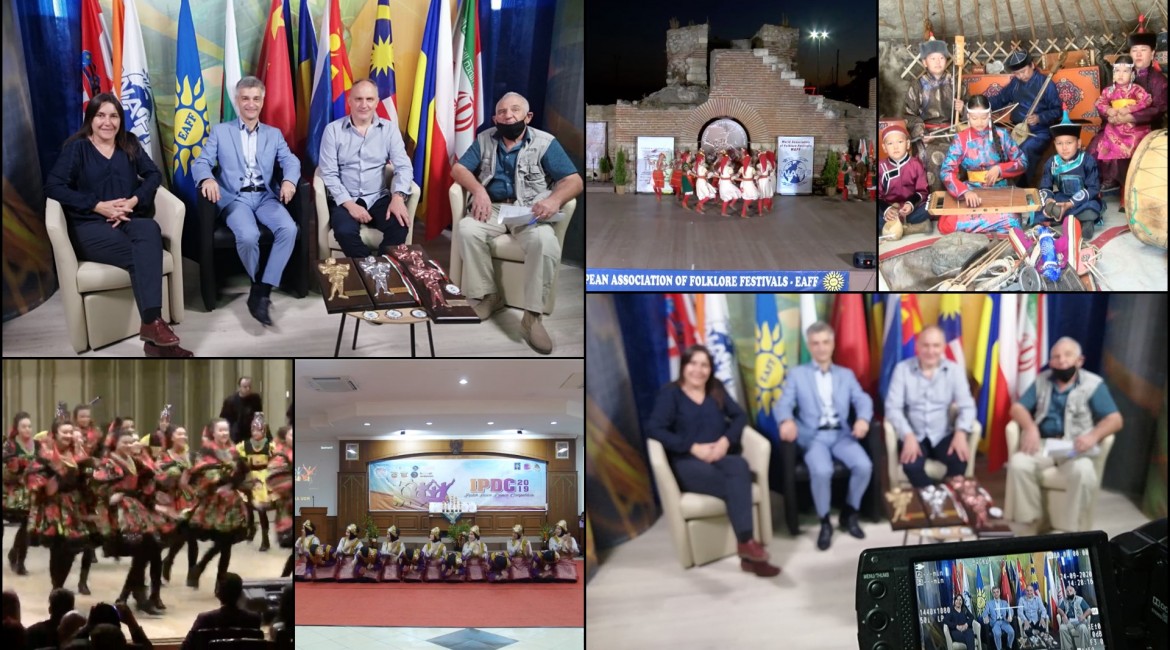 Children's-youth dance ensemble "Kyustendilche" from Kyustendil (Bulgaria) was awarded the first place of the Xth World Championship of Folklore "World Folk" 2020 that was held from 15th to 24th of September. The group received the title "Absolute World Champion in 2020", Diploma for participation in the online edition, Laureate Ist degree, Golden medal and the Grand Prix Golden "Orpheus".

President of the European Association of Folklore Festivals - Mr Kaloyan Nikolov awarded a cash prize of 1000 Euro - voucher for participation in the World Championship of Folklore "World Folk", provided by the organizers to the winners.

The authoritative jury awarded the second place to the Folklore Ensemble "Heelig", Kizil (Russia). Ensemble won Diploma for participation in the online edition, Laureate Ist degree, Silver medal of the forum, title "Absolute World Vice Champion in 2020", Silver "Orpheus" and cash prize of 500 Euro as a voucher for participation in the World Championship of Folklore "World Folk".

Special prize "Award of the spectators", definied by the online voting of the audience on the platform of EAFF, went to Ensemble for Polish songs "Kasia-Katarzyna" from Ekaterinburg (Russia). Simona Zaharieva from Haskovo (Bulgaria) won the prize for the littlest participant.

Special prizes such as "modern arrangement", "appearance", "stage presence", "costume", "technique of performance", "discovery of the forum", "authenticity", "soloist" and "continuity between the generations", Laureate titles Ist, IInd and IIIrd degree went to part of the participants in different categories. Winners of Laureate title Ist degree received also 10% discount from the fee for participation in the XI World Championship of Folklore "World Folk" 2021.

More information about the final ratings of all the 87 groups and individual performers from 14 countries and 3 continents you can find on the regulation of the Championship on the website, section "Champions" and the videos may be watched in the section "View online participants".

An online live broadcast was held as part of the World Forum, which gave the jury the opportunity to summarize and announce their impressions of the participants' performance and to comment on important topics related to the preservation and dissemination of folklore arts.