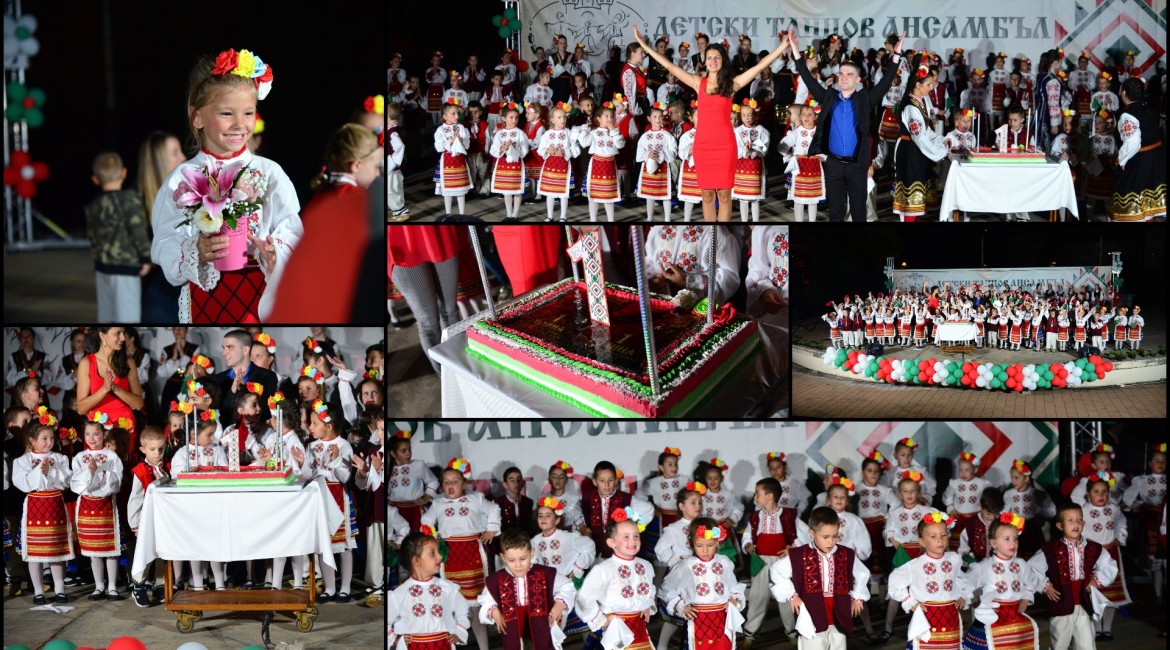 Cameras of EuroFolkTV - the main media partner of the European Association of Follklore Festivals filmed the concert show that was held on September 11th, 2020 in the Summer Theater of Veliko Tarnovo (Bulgaria). The event was organized on the occasion of the first birthday of Children's dance group "Bolyarche". The group includes children and youths up to 18 years old who learn the details of folklore dances of all the ethnographic areas of Bulgaria. Artistic leaders of the group are Mrs Borislava Trifonova and Mr Mario Vladimirov.

The concert program was attended also by Group "Folklorika", Music school "Elita" and the Choir of Children's-youth folklore ensemble "Balgarche".

The dancers of "Bolyarche" are proud of the prestigious awards that they won during the XVII edition on the Black Sea Fest "Euro Folk", held within the Musical Feasts "Euro Folk" frames on 4th and 5th of September in Kiten (Bulgaria).

You can watch parts of the concert broadcasted on the EuroFolkTV's program.