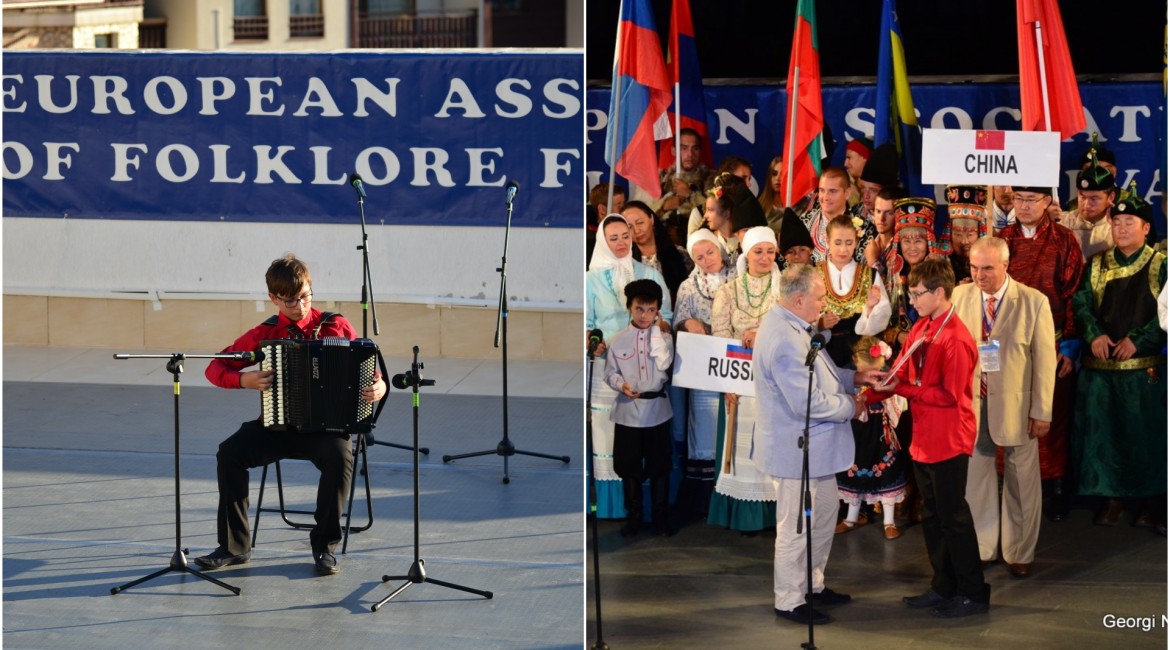 Valentin Emilov Todorov is among one of the successful children of Bulgaria, nominated by “Dimitar Berbatov”Foundation. Part of the achievements, for which the youth was nominated for the project, are result of his successful presentation at X Bulgarian National Championship of Folklore “Euro folk” and IX World Championship of Folklore “World Folk”, where he won a golden medal.

Valentin took part in the Master Class “Accordion Kravtsov”, where he was awarded with Certificate of acquired knowledge – Masterful technique, Level 2, Maestro Category.

The development and achievements of the talented boy lead him to many reputable competitions, from where he leaves as a winner.

The television shows in the air of “Eurofolk TV” – “Spring”, “Songs for the soul” and “Balkan folk” regularly show us the successes of Todorov, who goes to the Veliko Tarnovo Secondary School “Emilyan Stanev”, as he is also one of the best students of the famous musician Stanimir Demirev.

Valentin is the first Bulgarian, who is proud owner of the Kravtsov accordion and who plays by the new system, invented and introduced by the Russian professor Nikolay Kravtsov. The musical invention aims to make the button repertoire of button accordions more accessible to musicians, who play keyboard accordions. There are 4 rows (or 3 1/2). The buttons are hexagonal, some of them are connected and double.

You can greet Valentine for his success with your “APPLAUSE” – here.