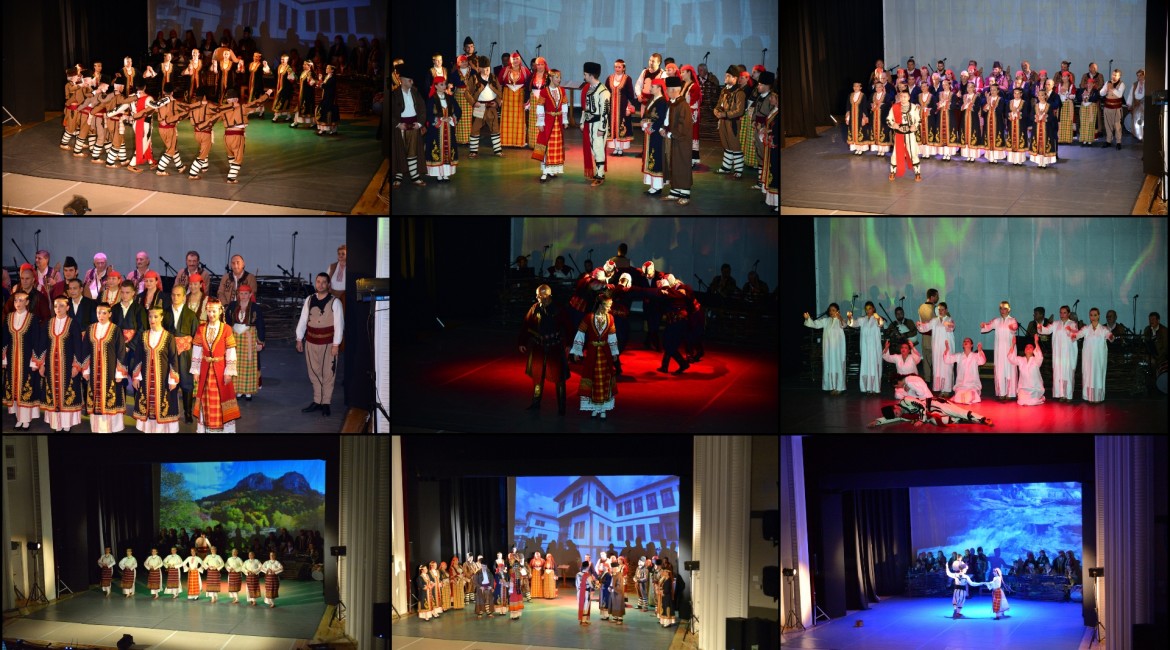 The crew of Eurofolk TV filmed the show “Chan do chana, pesen do pesen” - Favorite Rhodope songs and tunes of Folklore Ensemble “Rodopa”, whose artistic director is Adrian Petrov. The lenses of the television have captured the stage program, in which the most famous Bulgarian bagpiper - Petar Yanev also takes part. The performers recreated the spirit of the majestic mountain in the hall of “Konstantin Kisimov” Music and Drama Theater in Veliko Tarnovo on November 26, 2019.

The music and dance spectacle “Nevyastata of Folklore Ensemble “Rodopa”, which took place on 27.11.2019 in "Napredak - 1870" Community Center in the town of Lyaskovets, was also shot by the television crew. The choir, the orchestra, the dancers and some of the best soloists of the band recreated the legend of a Rhodope girl, who jumped from a cliff over Smolyan to preserve her faith and love.

Besides the most impressive moments of the performances, Eurofolk TV will also broadcast curious interviews with the artistic director of the ensemble — Adrian Petrov, with the musical composer – Nikolay Balabanov and with the bagpiper – Petar Yanev, according to whom "the bagpipe is a genephone for the Bulgarians, which bears some of our blood, lifestyle, spirit and essence.”

Some of the performances will be available in the program of Eurofolk TV soon.