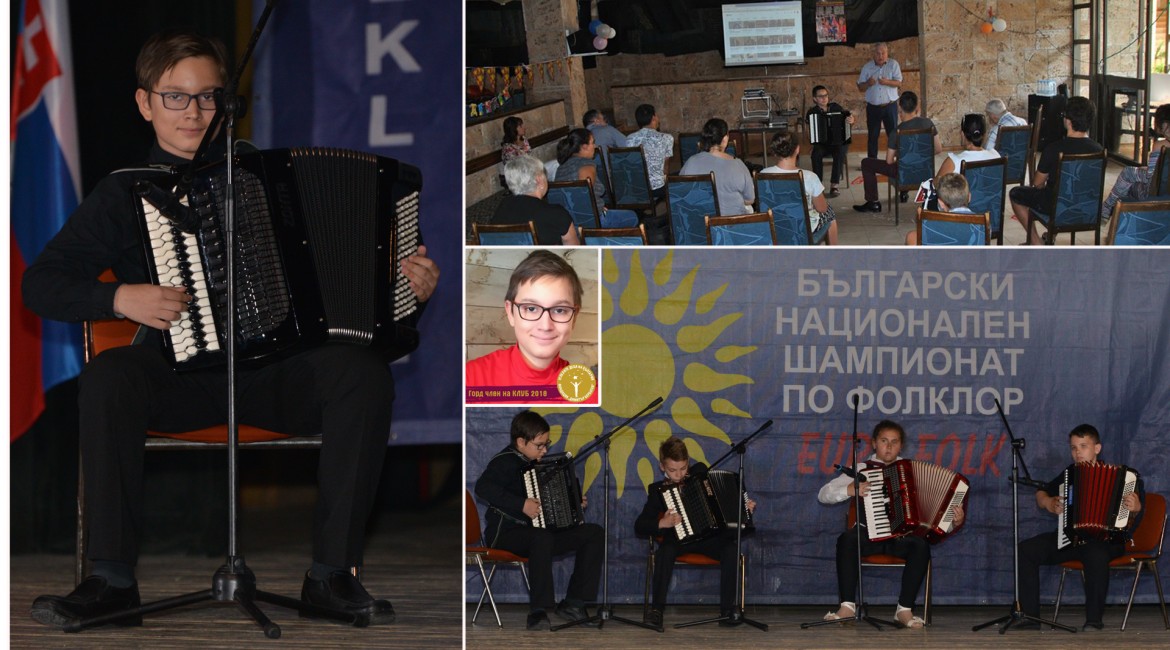 Valentin Emilov Todorov - student in the seventh grade in the "Emiliyan Stanev" Secondary shcool in Veliko Tarnovo. He is among the talented children of Bulgaria who are nominated by the "Dimitar Berbatov" Foundation.

13-years old boy is regular participant in festivals and championships of Music Feasts "Euro folk" initiated and conducted by the European Association of Folklore Festivals - EAFF. His performances are highly appreciated by the jury commissions. Beside the Bulgarian folklore forums, Valentin has participated and won many awards in another festivals in country.

Young musician is a student of Stanimir Demirev. Valentin and several more children from the same school are part of the "New G" group. Since 2017, Valentin is the first Bulgarian, proud owner of the "Zonta" accordion created by the system of the Russian professor Nikolay Kravtsov. He has participated in the master classes, which Professor Kravtsov has held in Bulgaria as an accompanying event of the World Championship of Folklore "World Folk".

Besides being active in music, Valentin is also interested in audio-visual equipment. The boy is proud member of Club 2018 and he deserves applause!