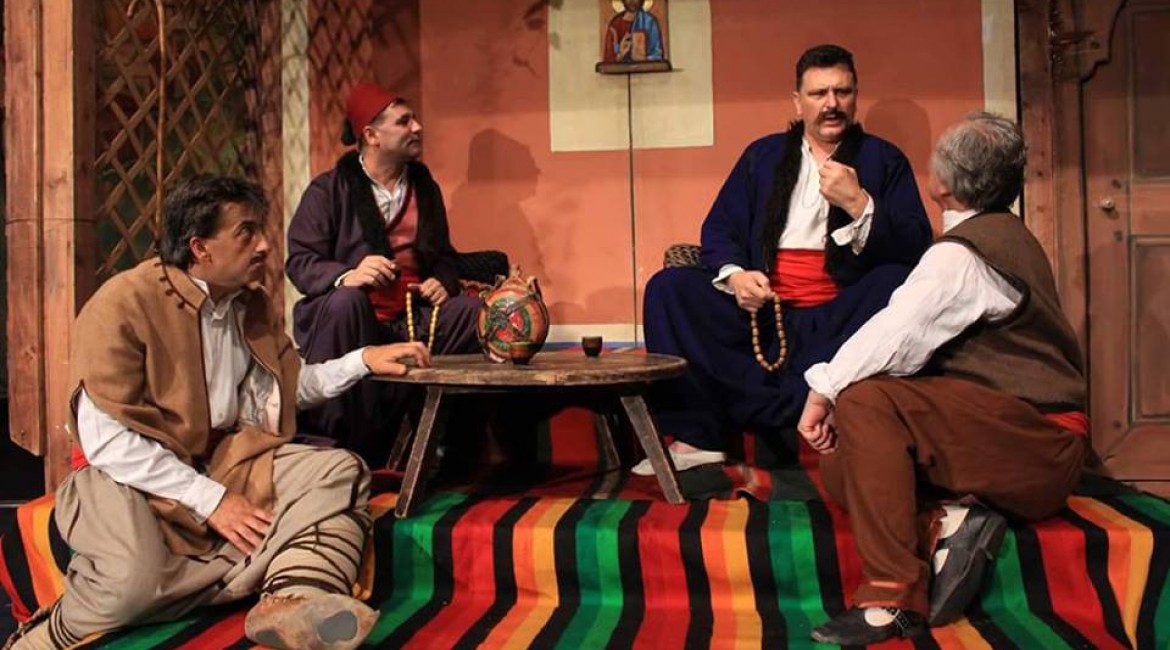 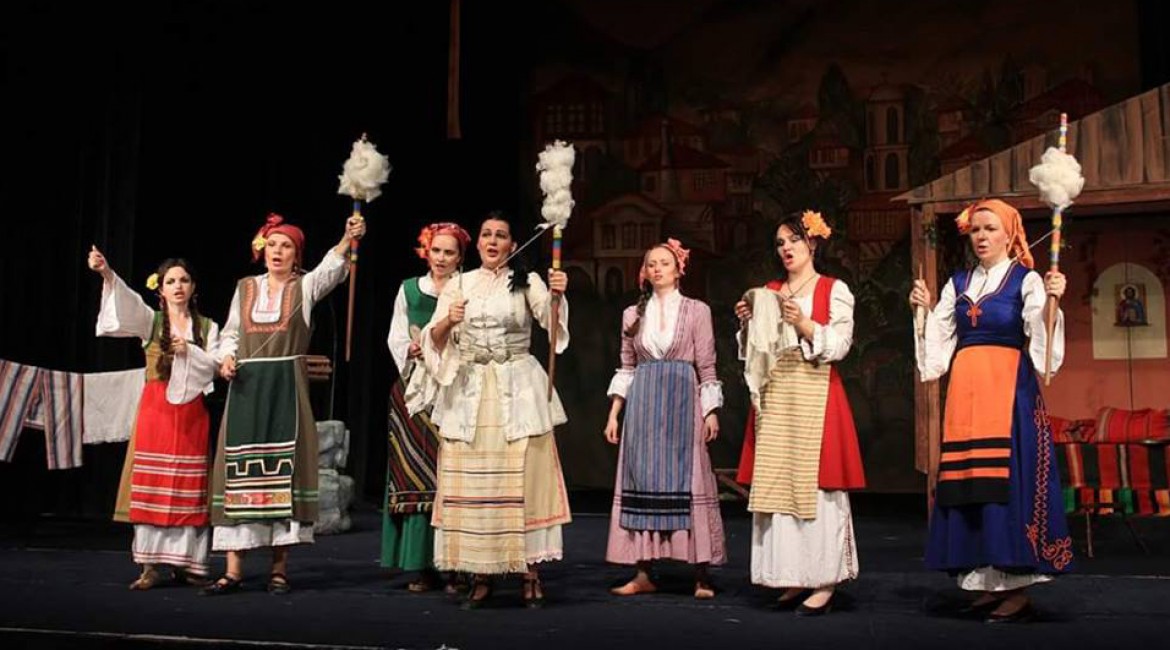 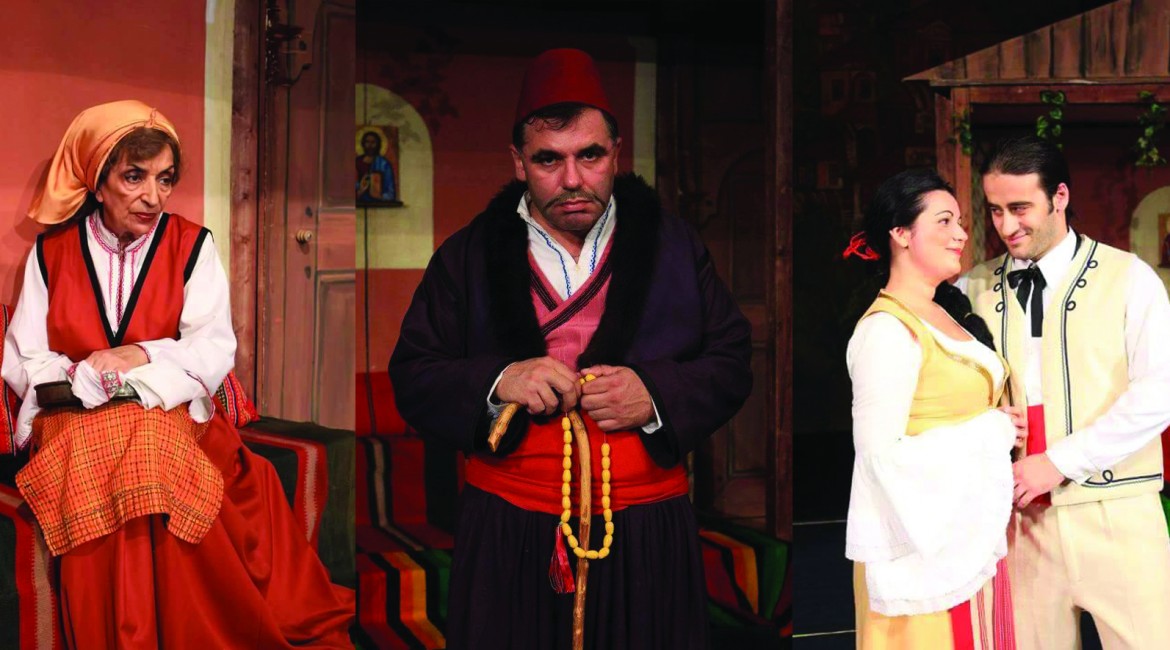 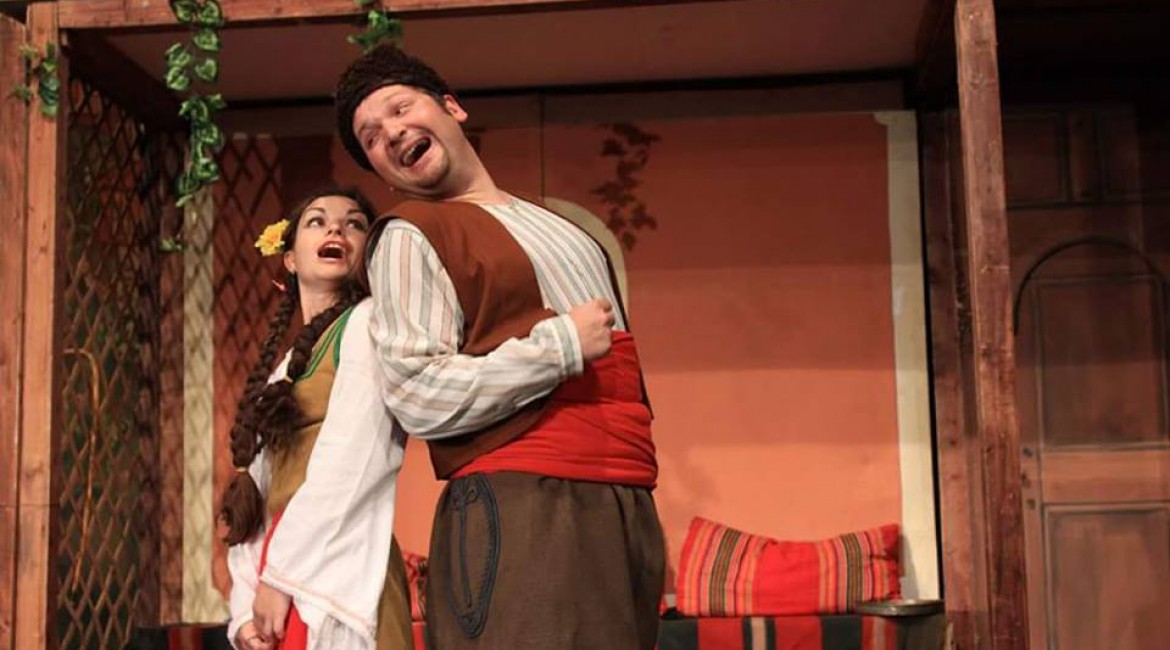 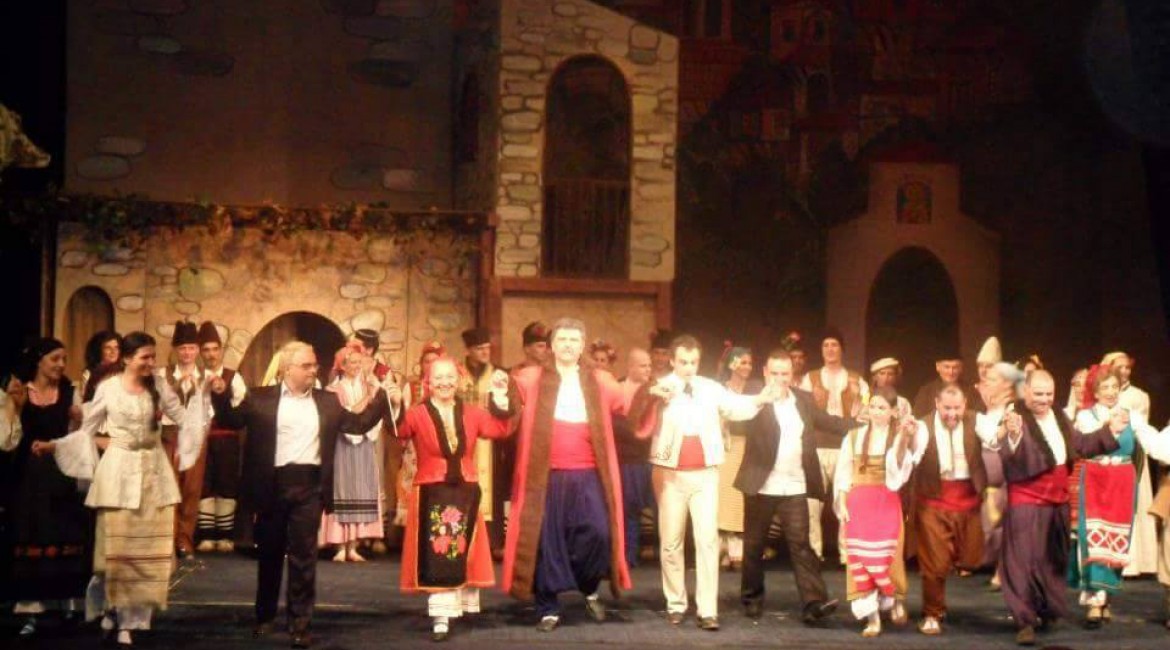 Previous Next
29 January 2016
The jubilee 50th music spectacle "Bulgarians from Olden Times" was played under a great interest and a round of applause in the Konstantin Kisimov Music and Drama Theatre - Veliko Tarnovo. Operetta by the eponymous novel from the great Renaissance writer Liuben Karavelov, has been played for the first time on the scene of Veliko Tarnovo on November 29, 1961. Over the years, it remains one of the favorite and popular titles in the program of the theater.
Mario Nikolov staged the musical in 2001, 2007 and 2011 in the Konstantin Kisimov Music and Drama Theatre. In its last version, the humorous and satirical operetta has been played in front of the audience in Veliko Tarnovo 21 times.
"With this spectacle we have traveled all over Bulgaria. We have played in halls and summer theaters in Ruse, Sevlievo, Silistra, Chelopech, Tryavna, Nessebar, Obzor, Karlovo, Kozloduy, Svilengrad, Vratsa, Smolyan, Devin, Hisarya, Blagoevgrad, Petrich and others", said the actress Nadezhda Mireva.
In addition to her character (Yanka), in all the spectacles participated the actors: Milen Ivanov (the character of Hadzhi Gencho), Viktor Terziyski (Grandfather Liben), Lina Kovacheva (the wife of Hadzhi Gencho). Аctresses Flora Tarpomanova, Lidiya Lazarova and Miyana Kalushkova impersonated the role of Lilyana. The character of Pavlin is implemented by Marin Rusinov, Plamen Dolapchiev and Mario Nikolov. On the premiere performances the role of Ivan is played by Zhoro Dinev.
The dancers from Professional Folklore Ensemble "Iskra" from "Iskra 1986" Community centre - Veliko Tarnovo demonstrated a bright stage presence together with the soloists. Тhey has been involved in the musical since its last premiere in 2011. The ensemble's art director - Borislav Angelov is part of the creative team who set the dances.
In general, the spectacle would not be as impressive to the audience without the appropriate scene design and costumes made by Lidia Karkelanova; without the perfect musical performance of the orchestra, under the baton of Slavil Dimitrov and the choral parties.
You could say that the director's intention to demonstrate the unique Bulgarian mentality and the parallel with nowadays is completely successful. Among the numerous spectators there were a lot of young people and students, who watched the operetta with curiosity and reacted spontaneously to the irony that mocks the typical Bulgarian weaknesses and vices. Attendance of young audiences on such a performance definitely have an enlightening role!
"Bulgarians from Olden Times" is topical work in the present days as well. Demonstrating the people's live, the manners and customs of the Bulgarians from the Renaissance, the author - Liuben Karavelov emphasized and affirmed the values, such as hard work, responsibility to family, sanity and thrift. Despite the natural clash between "old" and "new", which is part of the circle of life, the finale is beautiful because, as Grandfather Liben says: "There is nothing in the world sweeter than when a person makes a good things" ...
Photos: Nadezhda Mireva's personal archive
Share on   Facebook Twitter LinkedIn