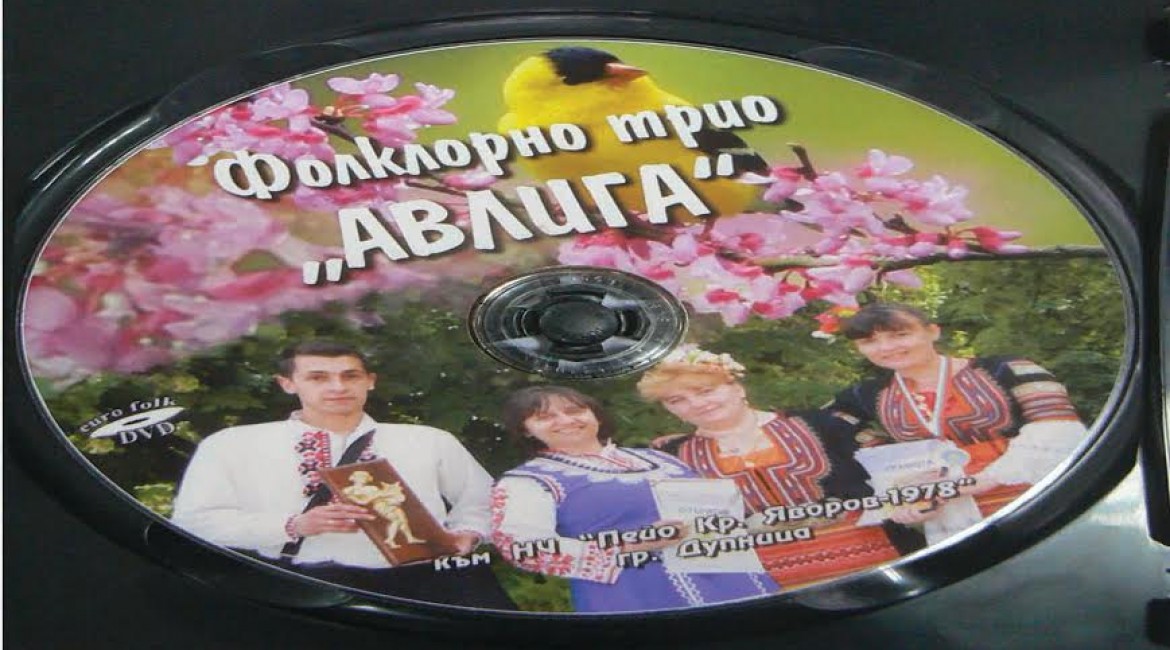 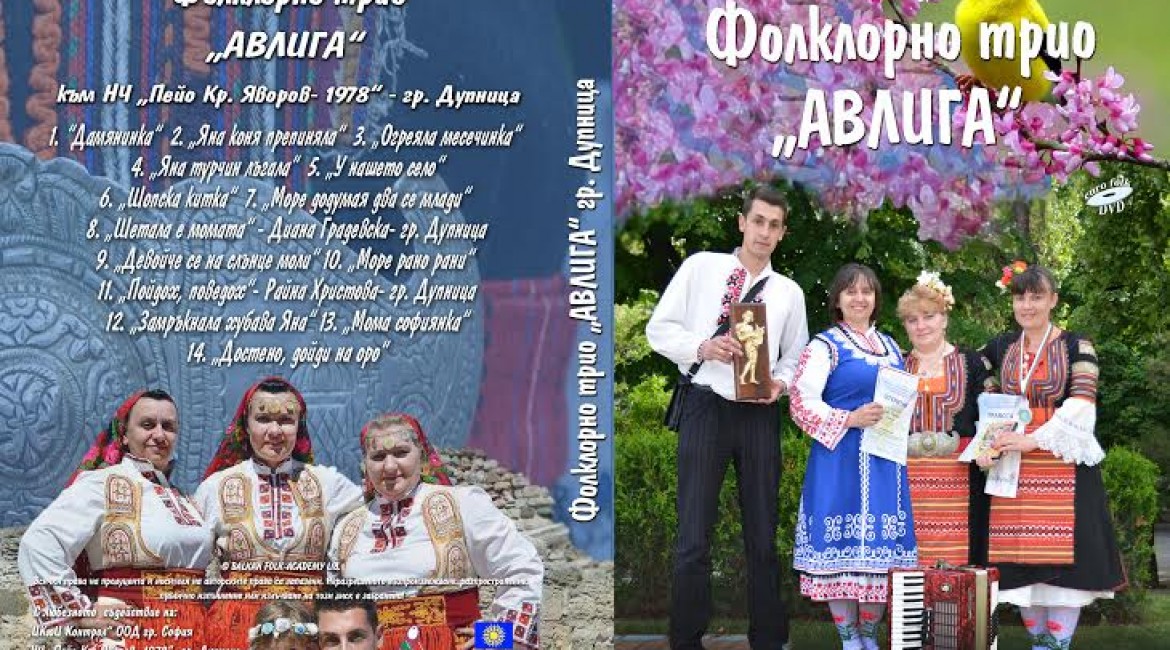 Previous Next
9 December 2015
On 12 and 13 of December (Saturday and Sunday) the forthcoming premiere of the first video album of folklore trio "Avliga" from the town of Dupnitsa will be broadcasted.The album includes 14 songs filmed this summer in Hissar and Nessebar by the team of Eurofolk TV.
The trio was founded in September 2011. For four years they accumulated a repertoire of over 50 songs, most of which are from Shoppian and Macedonian folk regions. The trio performs either authentic and processed folklore, the goal is to preserve all the beautiful songs that are sung in the native land of singers and the region around them.
Raina Hristova, Diana Gradevska, Ivanka Bozhilova and their accompanist Ivan Naumov are working knowing that the collected song treasury should be preserved and given to the next generation. That is why in some of the videos you will see the kids of the performers - little and older. And more - trio "Avliga" participated at various folklore festivals and TV shows.
It is hardly possible to enumerate all the festivals, so we will announce only the results, but they are impressive - more than 100 golden medals, 10 silver medals and a huge number of diplomas and plaques; 5 prizes Golden "Orpheus" from the championships and festivals of Musical Feasts "Euro Folk". The trio is desired participant in numerous international festivals in Jordan, Czech Republic, Austria, Macedonia, Turkey, Greece and Italy.
More about Trio "Avliga" you will learn if you watch the show "Folklore table" in the following hours:
Saturday: 12.00, 20.00, 04.00
Sunday: 12.00, 20.00, 04.00
Share on   Facebook Twitter LinkedIn